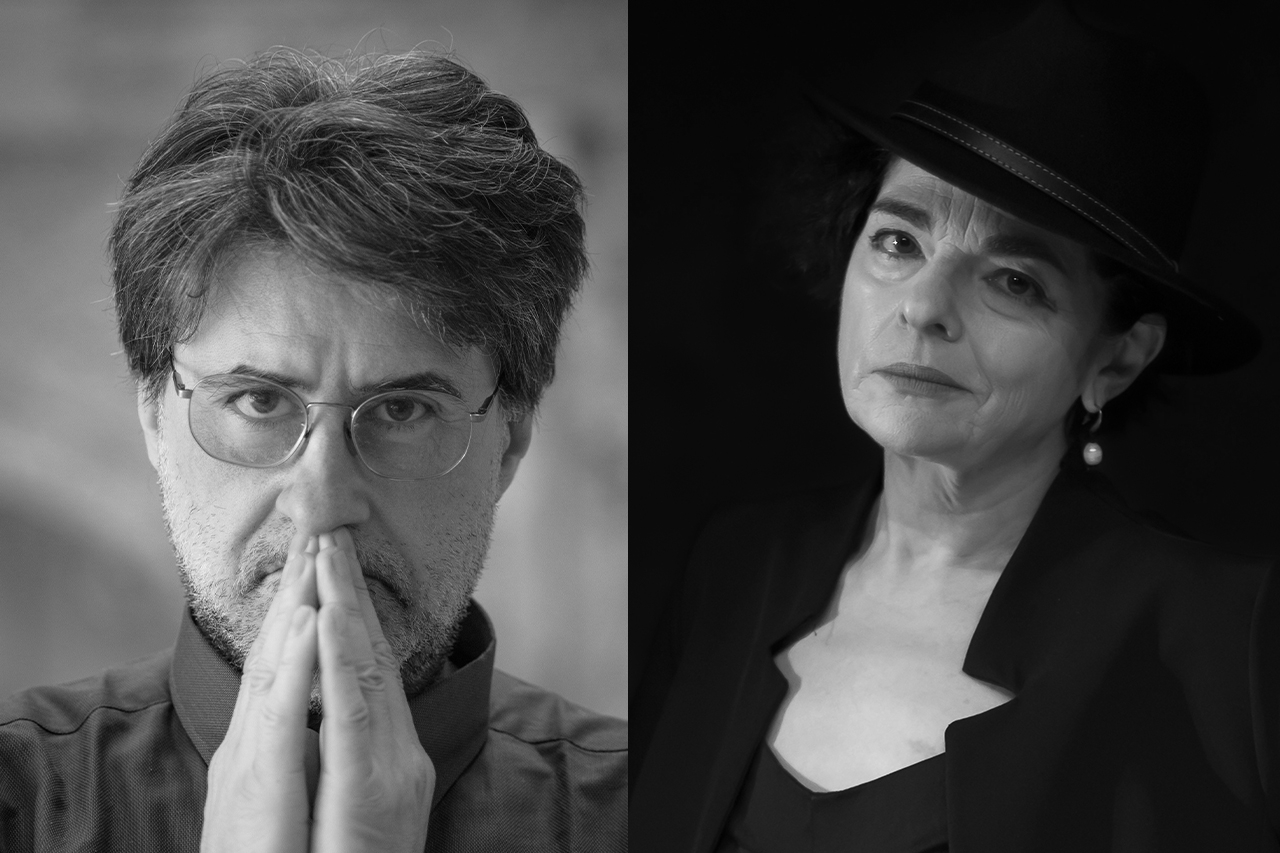 More specifically, the dialogue between Sonya and Raskolnikov from Dostoevsky’s Crime and Punishment crosses paths with excerpts from ecclesiastical music and the logaoedic reading (keeping a rhythm between prose and poetry) of the Gospels, as well as with Papadiamantis’ vignette The Epitaph and Resurrection in Villages. These texts have been selected as authentic elements of a more extended ritual accompanying the Holy Week.

The actress’ voice and movement engage in a dialectic Continuum with the double bassist’s performance and the timbres of an electronic soundscape. The riveting texts and the exploration of the limits of the human voice and of the double bass define in turn a new Continuum, between the Divine Passion and human vulnerability.

The Paul and Alexandra Canellopoulos Museum is situated on the northern slope of the Acropolis, at 12 Theorias St. It was founded in 1976 and it hosts the collection of ancient, Byzantine and post-Byzantine art of the same name. Canellopoulos collection was donated to the Greek state in 1972, in order to become available to the public. The museum’s central building is a typical example of neoclassical architecture. It was constructed in 1894 as the residence of the Michaleas, an old family of Athens, and during the 1960s it was expropriated and restored to host the new museum. Over the 2000s, on the initiative of Alexandra Canellopoulos and the Paul and Alexandra Canellopoulos Foundation, a new wing was added to the museum. At the building’s foundation still stands a surviving part of Rizokastro – the medieval fortification of Athens.