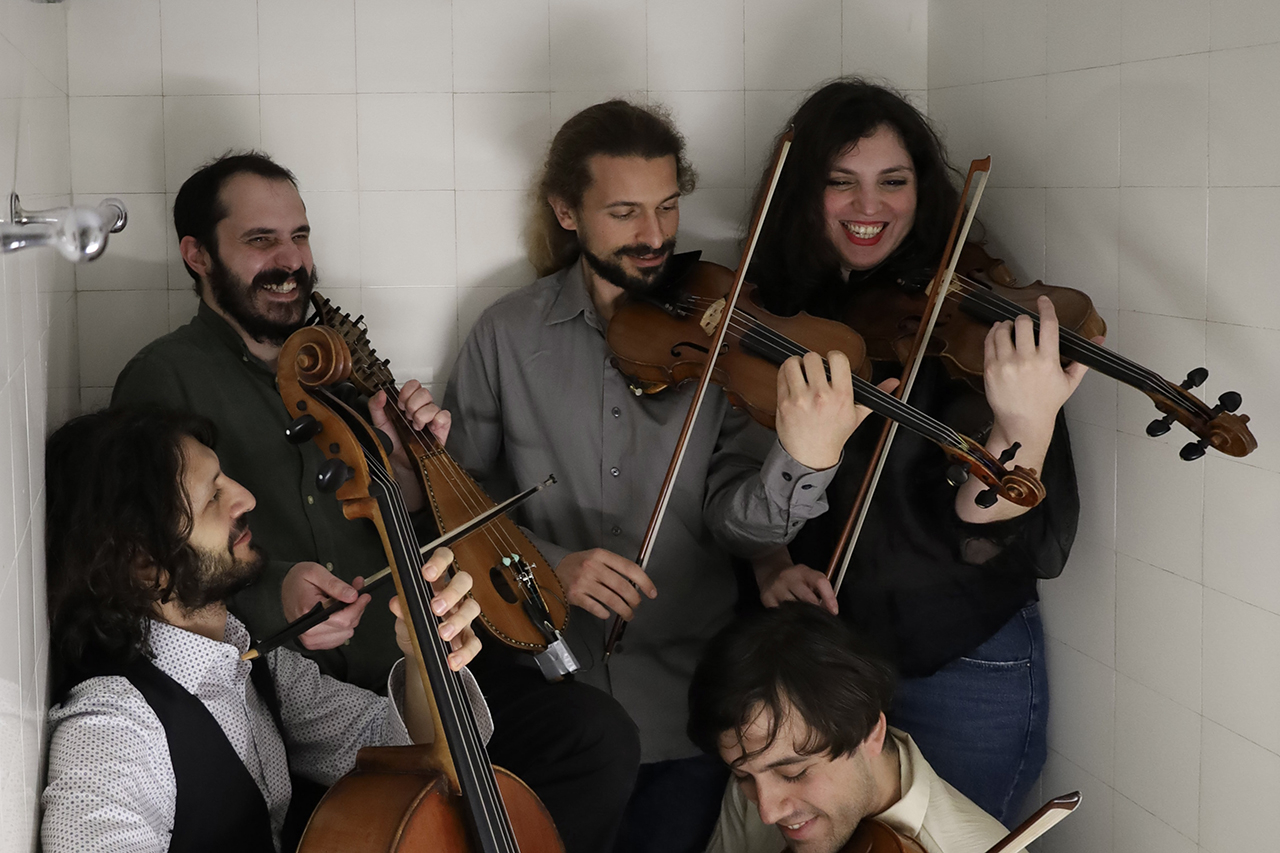 The Sibílima Ensemble presents sacred music works by Italian Renaissance composer Giovanni Pierluigi da Palestrina (1525-1594), one of the most prominent representatives of polyphony and a highly influential figure in Western ecclesiastical music.

The Sibílima Ensemble was created in 2020 in Athens. They draw upon material from early to contemporary times, as well as from timbres and styles from traditional and art world musics. The challenge for the group is to organically connect all these different elements. Stelios Papanastassis (viola), Yorgos Tamiolakis (cello) and Lefteris Andriotis (Cretan lyre) are three of the five founding members of the Sibílima Ensemble, whose name is indicative of its repertoire: a mosaic of elements with diverse, even incompatible textures.