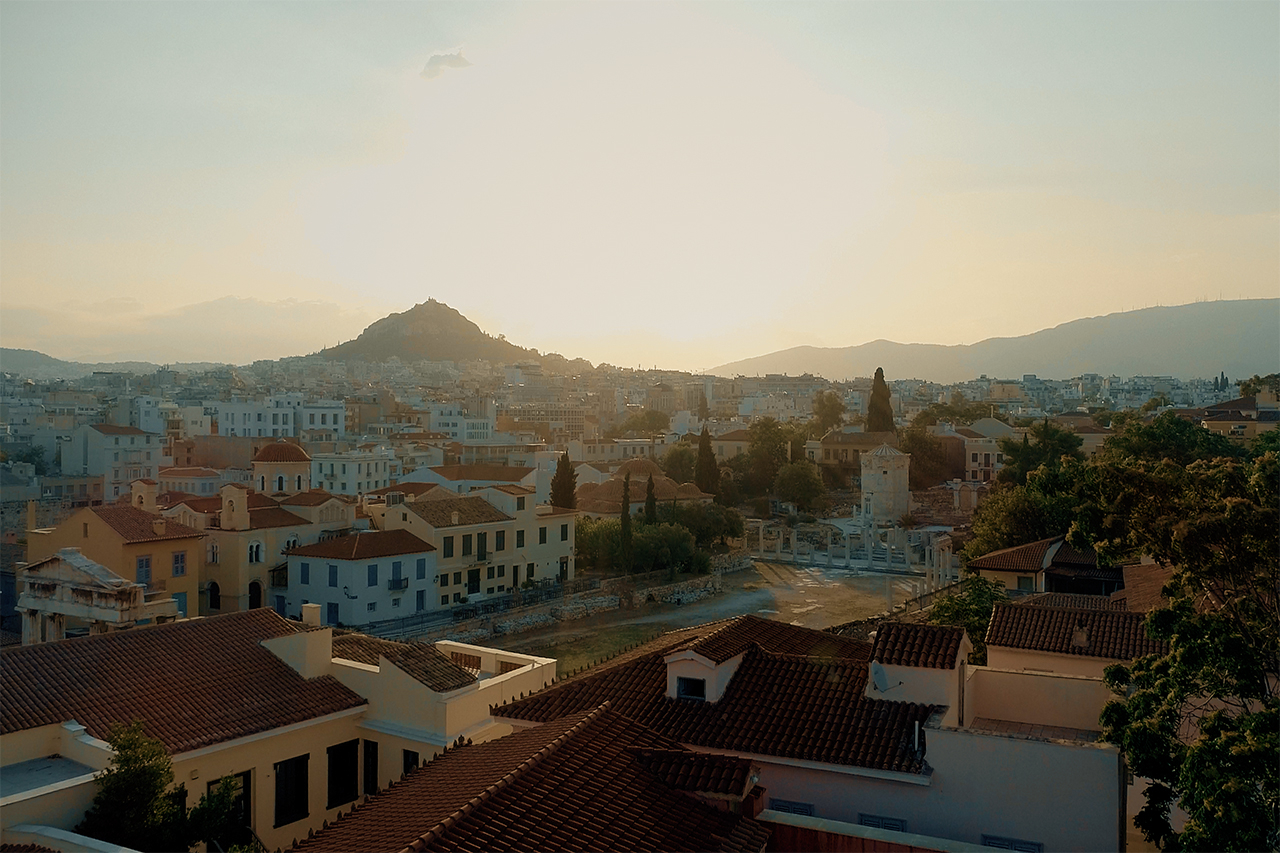 An hymnological pilgrimage through Holy Week

The Tropos Byzantine Choir, under the baton of Protopsaltes and master of the psaltic art Constantinos Angelidis, performs hymns of the Orthodox Church tradition from the Holy Week processions.

An approach to the events of Holy Week through its processions. Endowed with the special gift of poetry, the hymnographers of the Church bequeathed us their subtle excitements and spiritual experiences through their poetry works. Their language is set to ecclesiastical music and results in “God’s songs” –to quote Alexandros Papadiamantis– introducing us with their prayerful and reductive nature to the mystery of the Crucified and Risen Christ.

Born in Tripoli, Greece, he studied at the Athens Higher Ecclesiastical School and at the Faculty of Theology (University of Athens). Moreover, he studied Byzantine music with Constantinos Tassopoulos and Lycourgos Angelopoulos. He has been serving the psaltic art since 1981. In 2014 he became Protopsaltes at the church of St Anargyri, Dependency (Metochi) of the Holy Sepulchre church (Plaka, Ath­ens). He teaches Byzantine music in schools, conservatoires, music schools of Holy Metropolises, monasteries, etc. He has been teaching at the School of Byzantine Music of the Holy Archdiocese of Athens since 1996. As a member of the Hellenic Byzantine Choir under Lycourgos Angelopoulos, he participated in hundreds of events worldwide (1983-2008). He has been a music producer for the Hellenic Broadcasting Corporation (1985-2005), and since 2009 he has been cooperating with the Church of Greece Radio. In 2005, he founded the Centre for the Study of the Psaltic Art and the Tropos Byzantine Choir, which he has directed in concerts and liturgical services in Greece and abroad, as well during the recordings of 30 CDs.

Tropos Byzantine Choir – Centre for the Study of the Psaltic Art

The Tropos Byzantine Choir was founded by Constantinos Angelidis and his collaborators at the end of 2005. It has performed at the Odeon of Herodes Atticus, the Greek National Opera, Megaron – The Athens Concert Hall and in different cities across Greece. Of special importance were its collaborations with conductor Julien Jâl-al Eddine Weiss and the Al-Kindi Ensemble, Kudsi Erguner and an ensemble of Turkish performers of religious music, Sokratis Sinopoulos, etc. It has also participated in religious events with the Ecumenical Patriarch Bartholomew, Patriarch Theophilos of Jerusalem, Patriarch Kirill of Moscow, Archbishop Chrysostomos of Cyprus, Archbishop Ieronymos of Athens and all Greece, and Archbishop Damianos of Sinai, in long vigils at the monasteries of Mount Athos. Over the course of its 16-year-long trajectory, the Tropos Byzantine Choir has travelled to 19 countries and has released a series of 30 CDs, mostly with works by composers from Istanbul and the Mount Athos, covering a creative period from the 13th century to this date.

Metochion of the Holy Sepulchre church

The Metochion of the Holy Sepulchre, the church of the Agioi Anárgyroi, stands at the junction of Erechtheos and Prytaneiou streets, in the area of Anafiotika in Plaka. This little church was most likely first built in the 16th century as a female convent. It was known as Agioi Anárgyroi of Kolokynthis, from the name of a known family that lived in the region. From the 18th century to the present day it belongs to the Exarchy of the All Holy Sepulchre of the Patriarchate of Jerusalem and it is inextricably linked to the customs of the Great Lent and Holy Week, as it is the place where the Holy Light first arrives on the evening of the Resurrection. At the entrance of the temple, on the right of the gate, there are little pieces of stones from the All Holy Sepulchre and the Calvary. In the yard there are some restored old cells of the convent and a well that seems to have been part of a network of wells and tunnels connecting the houses of the area.