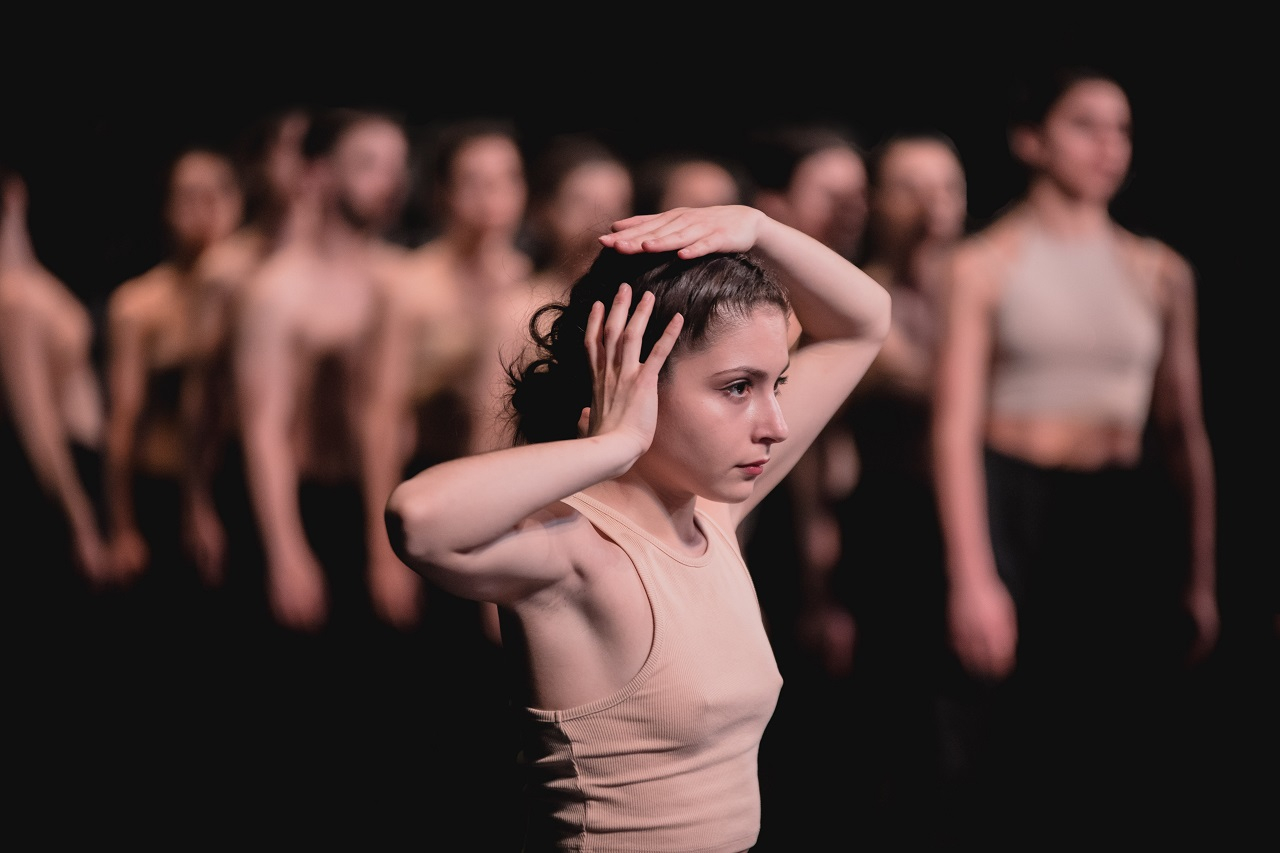 Written, in part, as a reaction by Iannis Xenakis to the transformative yet destructive power of the student movements of the late 60s, the modernist ballet score Kraanerg (1968-69) is one of the composer’s rare attempts to combine live music with the electroacoustic magnetic tape in a riveting composition for woodwinds, brass and strings along with quadraphonic tape. The work was initially intended as the score of a ballet choreographed by Roland Petit with “op-art” sets by Victor Vasarely, commissioned for the opening of the National Arts Centre (NAC) in Ottawa, Canada in 1969.

Its title, Kraanerg, is a composite of two Greek roots (“kraan”, probably deriving from the verb “kraino” that means to perfect, to accomplish sth” and “erg”), which jointly convey the concept of an “accomplished act”. It also refers to the youth movements of that period – 1969 was an important year for modern social history – but also to the composer’s utopian vision of an upcoming “biological struggle between generations unfurling all over the planet, destroying existing political, social, urban, scientific, artistic and ideological frameworks on a scale never before attempted by humanity.”, according to Xenakis’ notes.

The new choreographic approach to the score  that will be presented on the GNO Alternative Stage bears the stamp of Lila Zafiropoulou, artistic director of the Athens Conservatoire Professional Dance School, and the Athens Conservatoire’s resident dance ensemble that also serves educational purposes, Corporis Miracula. As the choreographer notes: “Xenakis’ sonic universe, produced by his conception of an original and unique space in which science, art and philosophy may coexist, suggests the creation of stage events alongside and concurrently with the “sonic” events: the “densifications”, “rarefactions” and “sonic masses” of the Kraanerg incidental music. This new “language” is mathematically analysed and composed, but it also creates its own aesthetic conditions. The choreography endeavours to listen, but also add to this new language, thus creating a more complete “event”, 53 years after Kraanerg’s creation. The temporal distance invests this new artistic conjuncture with the freshness of an interpretation. Techniques and styles are relegated to the background – not by cancelling themselves, but through their contribution to something more important: the realisation of a narrative as real as it is ineffable, and as clear as it is equivocal.”