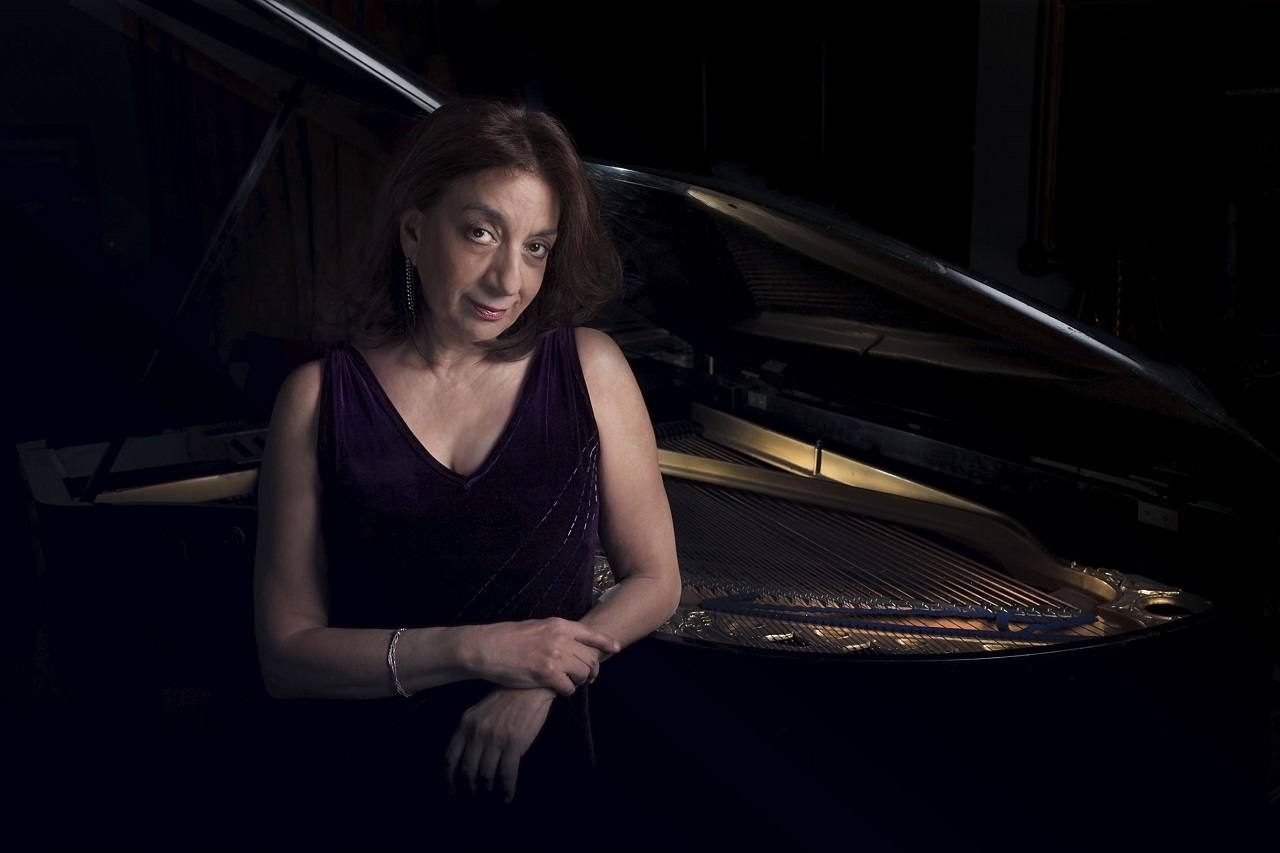 Singing of loss. Death, as well as the fear of death and its redeeming dimension, are major factors in the shaping of faith in different religions.

In Alexandra Papastefanou’s recital ritual dances of loss and dirges converse with Bach’s Cantatas transcribed for solo piano by the soloist herself. Bartók’s Four Dirges opt for an inward-focused treatment of death with sporadic dynamic outbursts of emotional discharge. On the contrary, in French composer Jolivet’s “Danses rituelles” the mournful atmosphere derives from ritualistic repetitiveness – with cultural references to Africa – and results in an inevitable scream of despair. Ravel’s stylised Pavane offers one of the most moving and characteristically melodious musical renditions of the most painful loss of all: the loss of a child.

She studied at the Athens Conservatoire, the Moscow Tchaikovsky Conservatory, at Franz Liszt Academy of Music, Budapest, and the Indiana University Bloomington, under Aliki Vatikioti, Peter Solymos, György Sebők and Alfred Brendel. She was a finalist at the Toronto Bach Festival and Clara Haskil Competition, while she received the Liebstoeckl and Fazioli Prizes at the International Geneva Competition. She took up music theory and composition, with G. A. Papaioannou, and Frederic Fox. She has performed the complete works of J. S. Bach and Robert Schumann. She recorded Dimitris Mitropoulos’ Greek Sonata and the complete piano works of G. A. Papaioannou, as well as works by Giorgos Koumendakis, Periklis Koukos, Yorgo Sicilianos, Vangelis Katsoulis, etc. She was awarded the Spyros Motsenigos Prize by the Academy of Athens. She has recorded Bach’s Well-Tempered Clavier, French Suites, Fantasias and Goldberg Variations, as well as works by Schumann. She received the Best Recording of 2018 award by the Union of Greek Critics for Drama and Music.