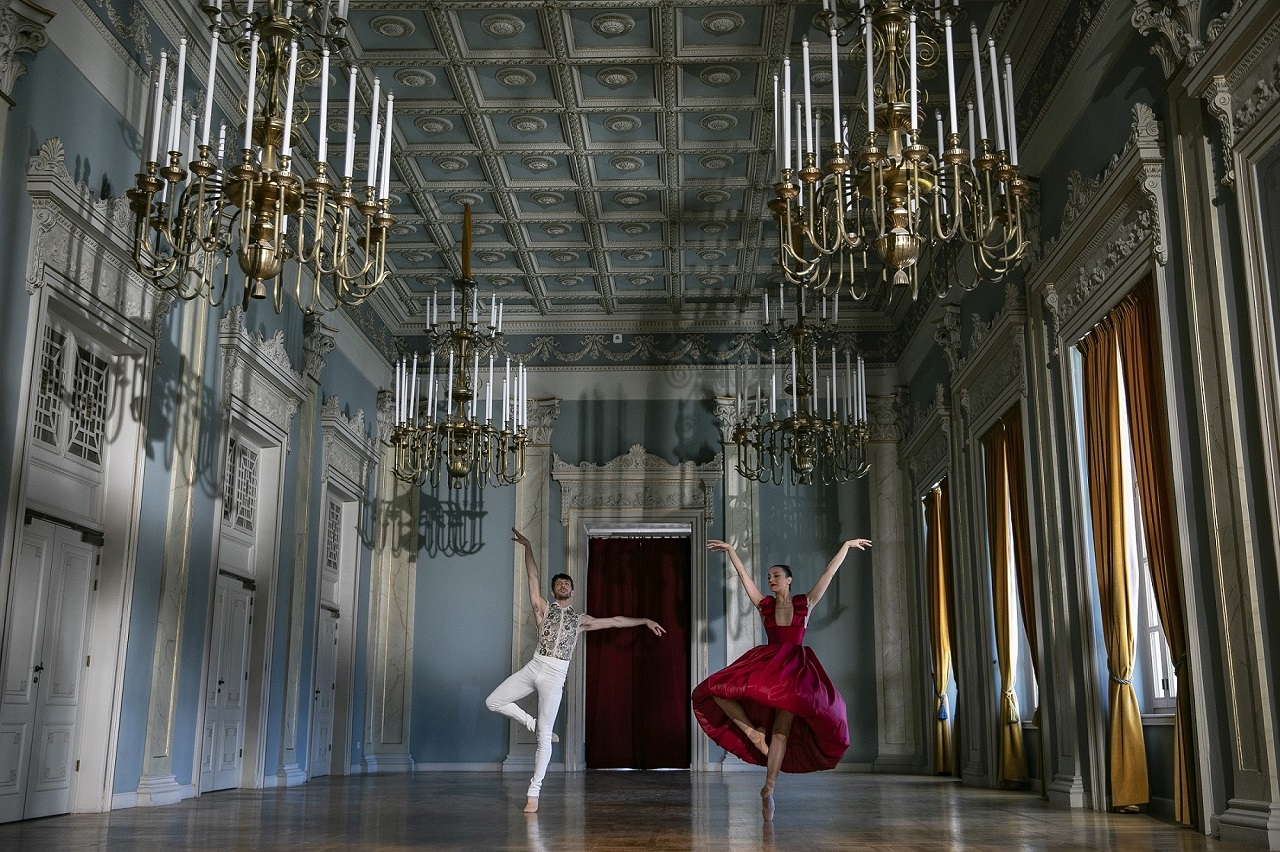 The Paths We Take

GNO Ballet Principal Dancer Maria Kousouni choreographs Divin, a work based on a suite written by Manos Hadjidakis for guitarist Yorgos Mouloudakis. In Divin everything begins with music. Maria Kousouni notes: “(Everything begins) With notes that are clear like water, from Yorgos Mouloudakis’ performance of two pieces from Manos Hadjidakis’ Magnus Eroticus; two pieces so famous, that you can’t help but hum. Through a Cretan dance that takes form for the first time… they release emotions. These music choices have incredible power. They inspired in me clear, lucid images. I sought simple, unadorned lines that could give “space” to music and narrate the grandeur of woman, the grandeur of love and romantic love in an abstract way, simply and symbolically, exactly as they are. In the heart of their being.”

The Paths We Take

The Paths We Take is a work choreographed by GNO Ballet dancer Eleftheria Stamou and based on the music written by Nikos Kypourgos for guitarist Yorgos Mouloudakis. Inspired by the sweet melancholy of Nikos Kypourgos’ score, Eleftheria Stamou creates a work that talks about loneliness, the paths we choose, the people we meet and all that we leave behind. The choreographer notes: “On a path that is so unknown yet also so familiar I connect with people and connect trails. And everything is lost again and you end up alone.”

E-exodus is both a story of confinement and an escape towards the light conceived and choreographed by Fotis Diamantopoulos to music by Nikos Mamangakis, performed by Yorgos Mouloudakis. It is a ten-minute journey from the dark depths to the open horizon. Fotis Diamantopoulos notes about the choreography: “Confinement means being restricted to a certain space; it is the opposite of freedom. Just like the social confinement that all of us experience nowadays as a loss of our everyday life and freedom. Such a loss as well as the lack of connection bring about feelings of anger, fear, insecurity and sadness. But is there any escape window? Yes, there is, and any one of us can open it by facing our present, the present moment with honesty and love. Then and only then can we reconnect with ourselves, the other and nature.”

In collaboration with the Municipal Theatre of Pireaus

Choreographer, dancer and artistic director of “Dancers of the North” Tatiana Papadopoulou choreographed Synchordia, a work composed and performed by Yorgos Mouloudakis. She notes: “Two bodies crossing each other are recognised by their vibrations. Not all vibrations match with all bodies. Only if they meet at the right time, at the right place. When they embrace each other, then their heartbeats cooperate like notes. Every muscle fiber produces music as if it were a string. Music like a love call, like a dialogue/response. Fascination embraces the bodies and leads them to union or rejection; to uplift or elimination.”

The programme also includes Yorgos Mouloudakis’ Recital of the guitar works that inspired the choreographies of the second part of the 5th GNO Online Festival.

The recital will feature excerpts from the works:

Music: Manos Hadjidakis, Suite for guitar (I love you, Cretan Dance, Who is frenzied with love?)

Yorgos Mouloudakis, Nocturnal Flight and Little Blue Buggy from the suite The young man and the owl), In the living room (from the cycle Clocks), Strange train

It is a selection of guitar works dedicated to Yorgos Mouloudakis by Manos Hadjidakis, Nikos Kypourgos and Nikos Mamangakis, accompanied by four of Yorgos Mouloudakis’ own works. As he notes: “Dance, as perceived by the post-war generation – namely as a celebration and ritual that strengthens community bonds – is the dominant feature here, interrupted only by strands of lyricism. Orchestration in these works draws upon the tradition of polyrhythms that has been absorbed into the urban fabric, the same tradition that gave birth to the Greek urban folk song (rebetiko) and Greek dances. The new performance of the works for the Greek National Opera showcases the balance between the Dionysian and the Apollonian, a balance whose primary nature we recall through the guitar – an instrument of celebration and confession. It is on the solid canvas of this musical material that the choreographies of Maria Kousouni, Eleftheria Stamou, Fotis Diamantopoulos and Tatiana Papadopoulou are built. These choreographies underline, in the parallel world of movement, those elements that we have in common with the true mentality of that generation. Thus, little independent bridges are built between the two centuries, and the question of continuity, of the unbreakable body of expression in our country, arises once again.”

The Ballet of the Greek National Opera presents twelve new original and imaginative choreographies to works by Greek composers on GNO TV as part of the 5th GNO Online Festival titled Body, remember. The Festival, which is under the artistic direction of Giorgos Koumendakis and curated by Konstantinos Rigos,  will be streamed for free from 26 May to 22 June 2021 and will remain available to the public online for 30 days following its premiere. The Festival is made possible by a grant from the Stavros Niarchos Foundation (SNF) [www.SNF.org] to enhance the Greek National Opera’s artistic outreach.

The Director of the Greek National Opera Ballet Konstantinos Rigos notes: “The 5th GNO Online Festival titled Body, remember… is entirely dedicated to contemporary dance, with the GNO Ballet presenting twelve new choreographies to works by Greek composers. The dancers escape from the GNO Main Stage’s black box, although they might sometimes feel like something is holding them back, to discover new spaces, new senses, new steps; to express themselves in a different way in these short stories of dance; to gain thus a new experience and a -literally- new field of action. A cement room, an inspiring ballroom, a grassy yard or a remote beach, a corridor or a closed elevator are only some of the many spaces with which the dancers’ bodies − trapped or liberated− harmonise and which become part of a new narrative. We invite you to enjoy a journey where the body remembers…”.

The Festival will be streamed for free.
To watch the Festival on GNO TV, go to www.nationalopera.gr/GNOTV and follow the very simple and free registration process. GNO TV is made possible by a grant from the Stavros Niarchos Foundation (SNF) [www.SNF.org] to enhance the Greek National Opera’s artistic outreach