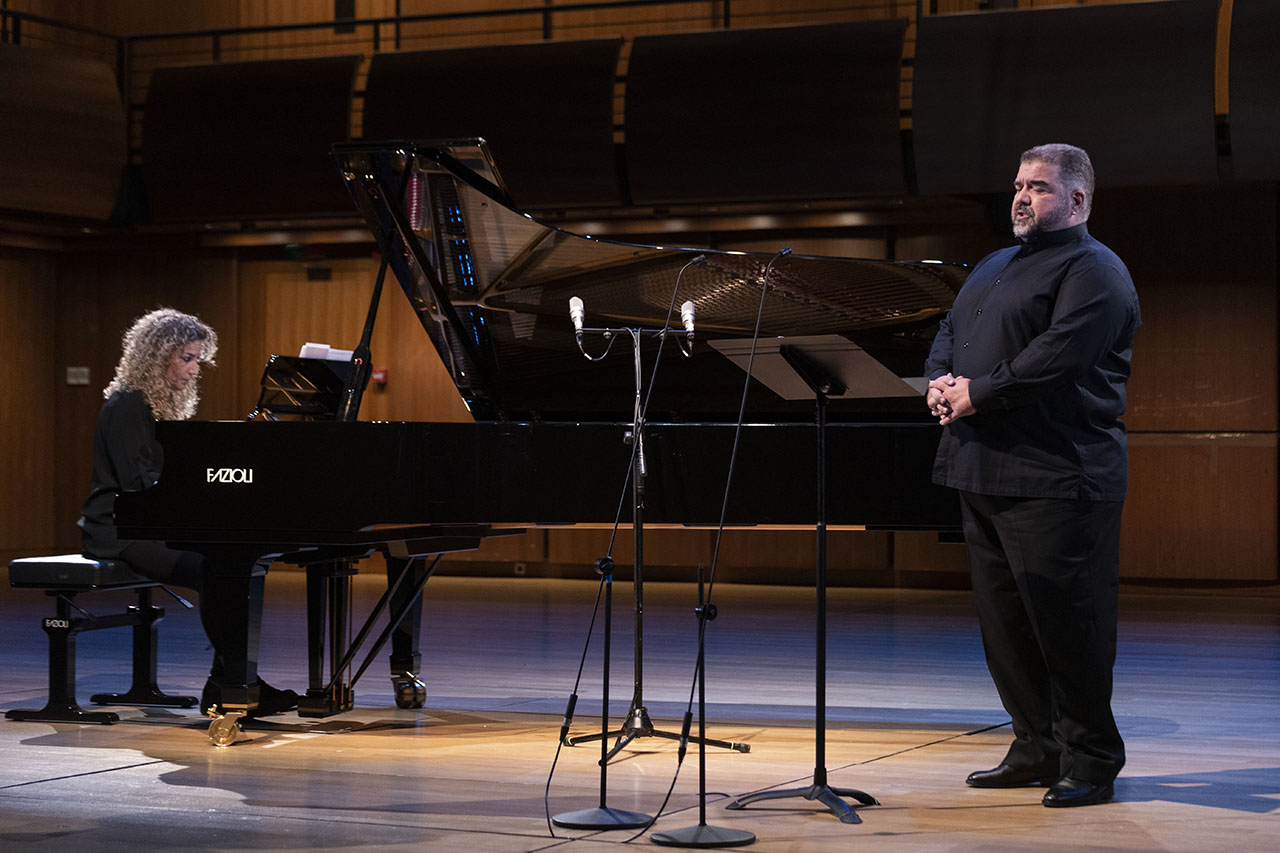 The video will remain available online at the nationalopera.gr/GNOTV/en until 26/5

As the Ionian Islands were never occupied by the Ottomans, they uninterruptedly followed the development of European culture. Theatrical activity has been evidenced on Corfu already since the third decade of the 16th century, and an organised theatre and melodrama life since the first decades of the 19th century. For reasons of proximity, musical bonds were closer with Italy and especially Venice and Naples: Ionian composers were studying in Italian cities and Italian melodrama companies were visiting the Ionian Islands. In his recital, the distinguished Greek baritone Dimitri Platanias, accompanied by Sophia Tamvakopoulou on the piano, will perform typical songs by great Ionian composers: the Corfiots Napoleon Labelet, Spyridon Xyndas, Spyridon-Filiskos Samaras and Lavrentios Kamilieris (Lorenzo Camilieri), as well as Theodoros Spathis, son of the Cephalonian composer Spyridon Spathis. The lyrics are penned by celebrated poets such as Ioannis Polemis, Dionysios Solomos, Georgios Drosinis and Alexandros Pallis.