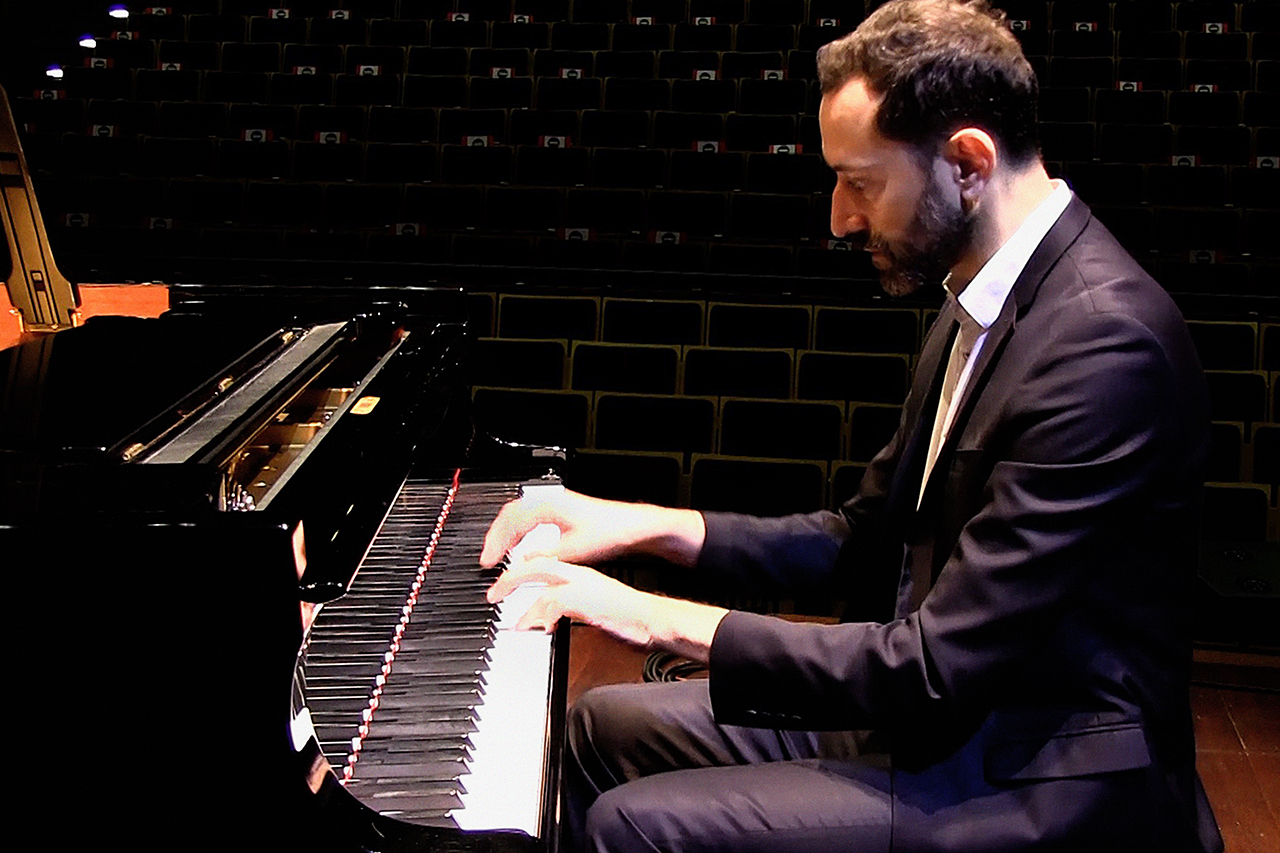 The video will remain available online at the nationalopera.gr/GNOTV/en until 23/5

Acclaimed pianist Stéphanos Thomopoulos chose works by three great Greek composers of the 20th century for his online recital. Kalomiris and Constantinidis were born in Smyrna. The first formed his musical personality in Vienna and the second in Dresden and Berlin. The quite younger Xenakis was born in Brăila, Romania, and developed as an artist in France. Each of them was inspired by Greece in a different way: the first two were inspired by its traditional folk music, and the third by the ancient Greek philosophy. The short piece Nocturne belongs to Kalomiris’ first works, with its early draft having been created in 1906. Constantinidis’ Eight Greek Island Dances comes almost half a century later, in 1954. Herma (1960-1961) belongs to the works in which Xenakis applied mathematical theories –in this particular case, the set theory–, while his Evryali in 1973 is based on a technique devised by Xenakis during the 1970s and it’s his second greatest piano work.