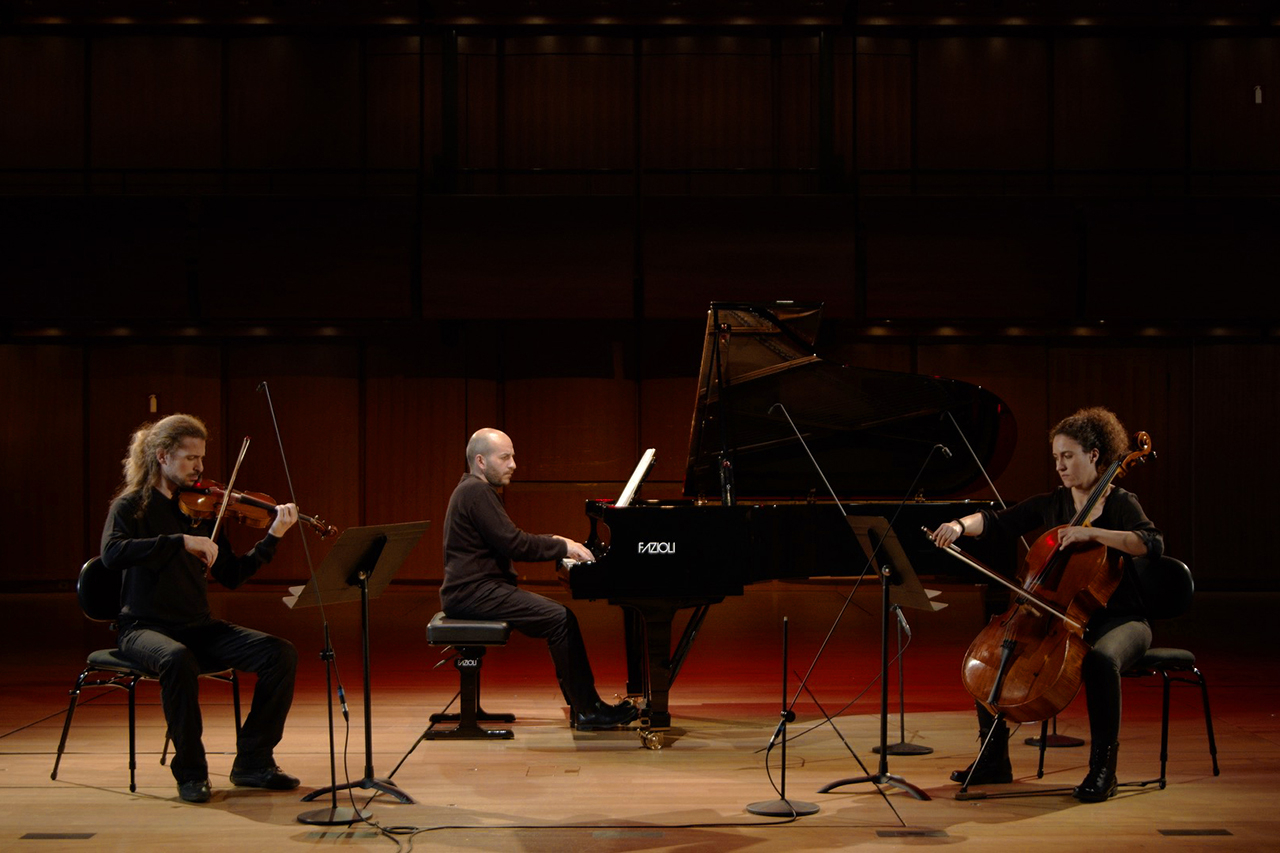 Performed by the Galan Trio

Trio for violin, cello and piano

The video will remain available online at the nationalopera.gr/GNOTV/en / until 19/5

At the beginning of his career Mikis Theodorakis had composed a significant number of symphonic and chamber music works: his first Symphony, the Symphony in three parts, the Carnaval, the Four Pieces for December, the Sextet for piano, flute and string quartet, were all written in the 1940s. However, the huge popularity of later compositions, mainly his songs and popular oratorios, cast a heavy shadow over the first compositions. The Trio for violin, cello and piano was written in February 1947 and, along with the respective works by Kalomiris, Skalkottas and Sicilianos, it holds a special place in the Greek repertoire. It stands out for the imaginative way in which the three instruments converse with each other, and it shows Theodorakis’ compositional skills in the demanding field of chamber music too. The work is performed by the Galan Trio, a new instrumental ensemble consisting of the musicians of the GNO Orchestra Marina Kolovou (cello) and Haralambos Karassavidis (violin), as well as pianist Petros Bouras.