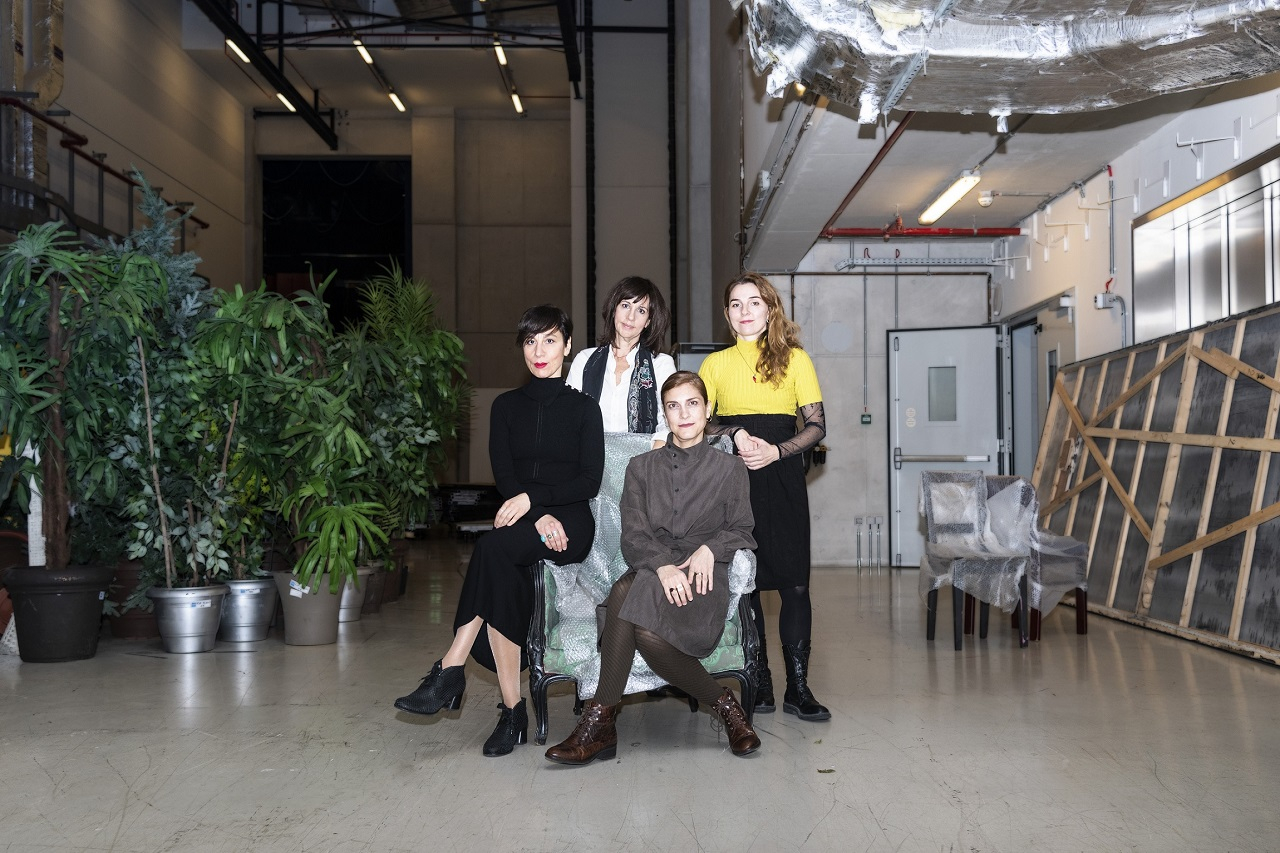 With the participation of the female vocal ensemble chórεs

“Most noble and brave”, according to Demetrios Ypsilanti, “fighting like a man”, according to historian Ioannis Filimon, “widow of the deceased Captain Antonios Visvizis” to the Greek administration, “a chief captainess” in her home country’s folk song, and an “obedient patriotess”, as she herself signed off her letters. Who was the Thracian Domna Visvizi in the end, a woman so little-remembered by history? Condemned to poverty and obscurity by what was at the time an embryonic Greek state, she was later exiled to the margins of the standard national and patriarchal narrative of the Greek Revolution of 1821. Her bust stands now on the Avenue of Heroes at the Pedion Areos public park in Athens, a symbolic recognition of the State in return for her contribution to “building the golden palace of Liberty”. She did have, though, a voice of her own, which, thanks to fiction, can break through two centuries of silence.

Domna Visvizi’s story in the form of a monologue with choral stasima is portrayed with sensitivity by actress Syrmo Keke, and woven through means of music theatre by a female creative team consisting of journalist / author Maro Vasiliadou, composer Martha Mavroidi –who knowledgeably interlaces folk musical styles with contemporary ones– and directress Maria Magkanari.

Domna’s Song uses historical evidence (archive records, testimonies of the time, documents, ship logs, letters) as raw material, and processes it with various writing styles, ranging from the folk fifteen-syllable verse to experiential writing, to convey the external reality of events and the characters’ inner life.

In the turbulent years of the Greek Revolution, a lesser-known heroine of the Greek Struggle for Independence engages in a conversation with herself, her time, and the modern-day audience.