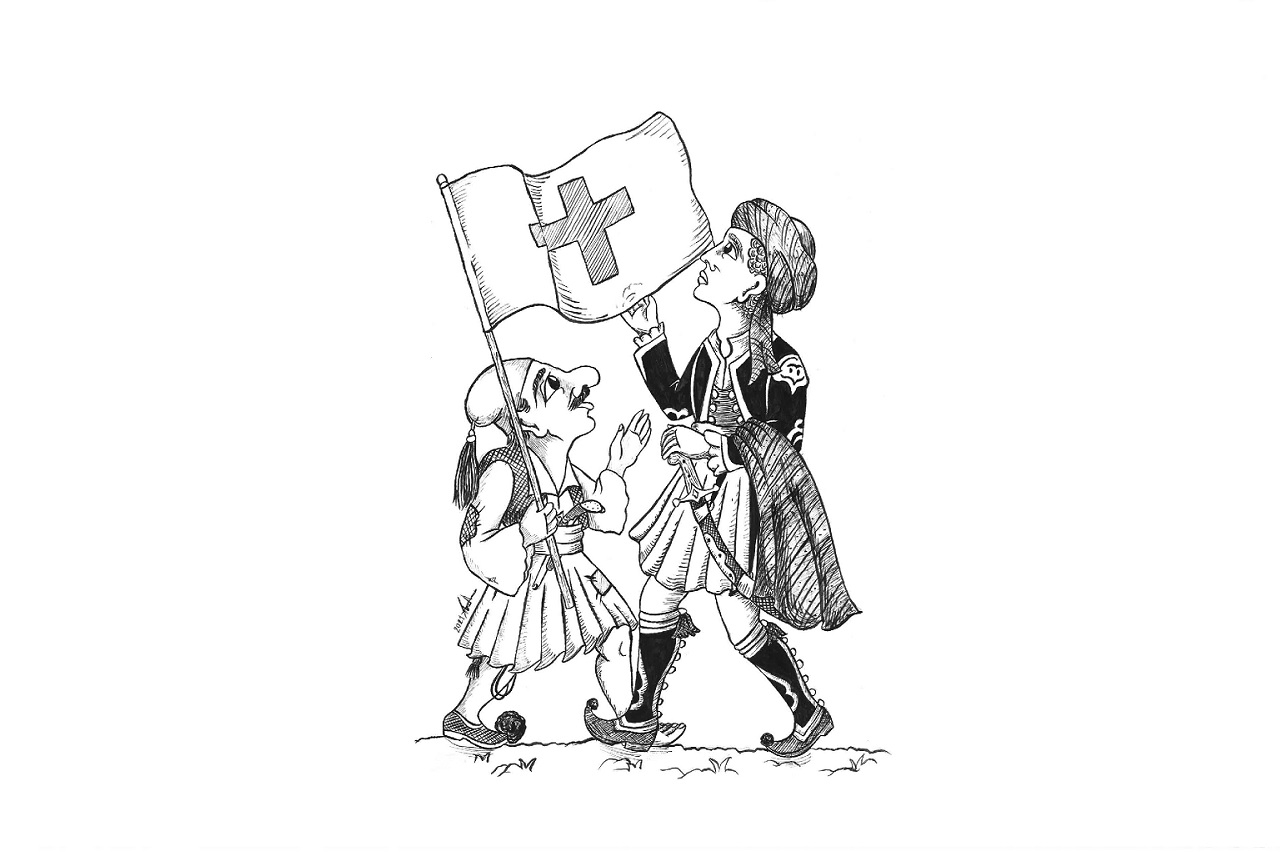 With the participation of a 4-member instrumental ensemble

*Due to the restrictive measures against the pandemic, the performance dates refer to when the production will be recorded so as to be streamed on GNO TV.

Approaching the Greek adventures of Lord Byron by means of the tradition of the Greek folk shadow play known as “Karagiozis” is not an arbitrary choice, as might be imagined, given that the multifarious Lord is known to have been among the spectators of a performance of the early, Turkish version of the play in an Epirus coffee-shop in 1809!

In this new commission of the GNO Alternative Stage, the important shadow puppeteer Athos Danellis uses his cardboard figures to tell the story of Byron’s two visits to Greece (first as part of his youthful Grand Tour and then in the service of the Greek War of Independence) within the telescoped, dreamlike space-time of the “berdes” (the traditional backlit cloth that acts as screen-stage for the shadow play).

The gradual conversion of Lord Byron from a “superstar” Romantic tourist-poet to a conscious philhellene, a critic of Greek factionalism and benefactor of the Revolution, eventually gaining the status of a national hero in the Greek popular imaginary, is highlighted through his imaginative absorption by the archetypal world of Karagiozis and enriched by deft references to historical figures such as John Cam Hobhouse, Ali Pasha and Tereza Makri – better known as “Maid of Athens” from Byron’s poem of the same title that paid tribute to the twelve-year-old girl with whom the poet fell passionately in love while lodging in her mother’s house in 1810.

A sentimentalist as well as an ironist, a humanitarian as well as an animal lover, a person of ideas as well as one of passion, a man of action as well as a sybarite, a lover of men as well as women, “mad, bad and dangerous to know”, a philhellene to the (untimely) end and, most of all, a poet through and through, Lord Byron incarnated in an exemplary way and like no other figure the enthusiasms, achievements and contradictions of the Romantic movement. In an attempt to artistically render some idea of the magnitude of the work and impact of this precursor of the modern figure of the “superstar”, the GNO Alternative Stage presents throughout 2021 a multifaceted tribute, proportional to an inexhaustible personality that left behind, in only 36 years of life and in addition to 17 (!) volumes of poetry (opportune since its own time to all kinds of dramatic and musical appropriation), memorable political action, a slew of scandals and broken hearts as well as a reputation doomed, one might say, to transhistorical, as well as feverish, mythification.

The GNO tribute, curated by the composer Alexandros Mouzas, traverses the eras, genres and species of musical and theatrical discourse, covering a spectrum that extends from recital (the forgotten Hebrew Melodies, a collaboration between Byron and the Jewish musician Isaac Nathan in the spirit of the former’s Romantic interest for endangered “ethnic” cultures; new musical settings of Byron’s innovative, queer erotic poetry by three young composers) to Greek folk shadow theatre. Predictably, the largest share of the programming is dedicated to contemporary music theatre: a dramatisation of the poet’s letters from Greece by Mouzas; a multimedia tribute to Byron’s daughter and… computer pioneer Ada Lovelace by Yannis Kyriakides and, at the conclusion of the tribute, the new work by the distinguished Greek-American composer George Tsontakis, a treatment of Byron’s last days in Missolonghi.