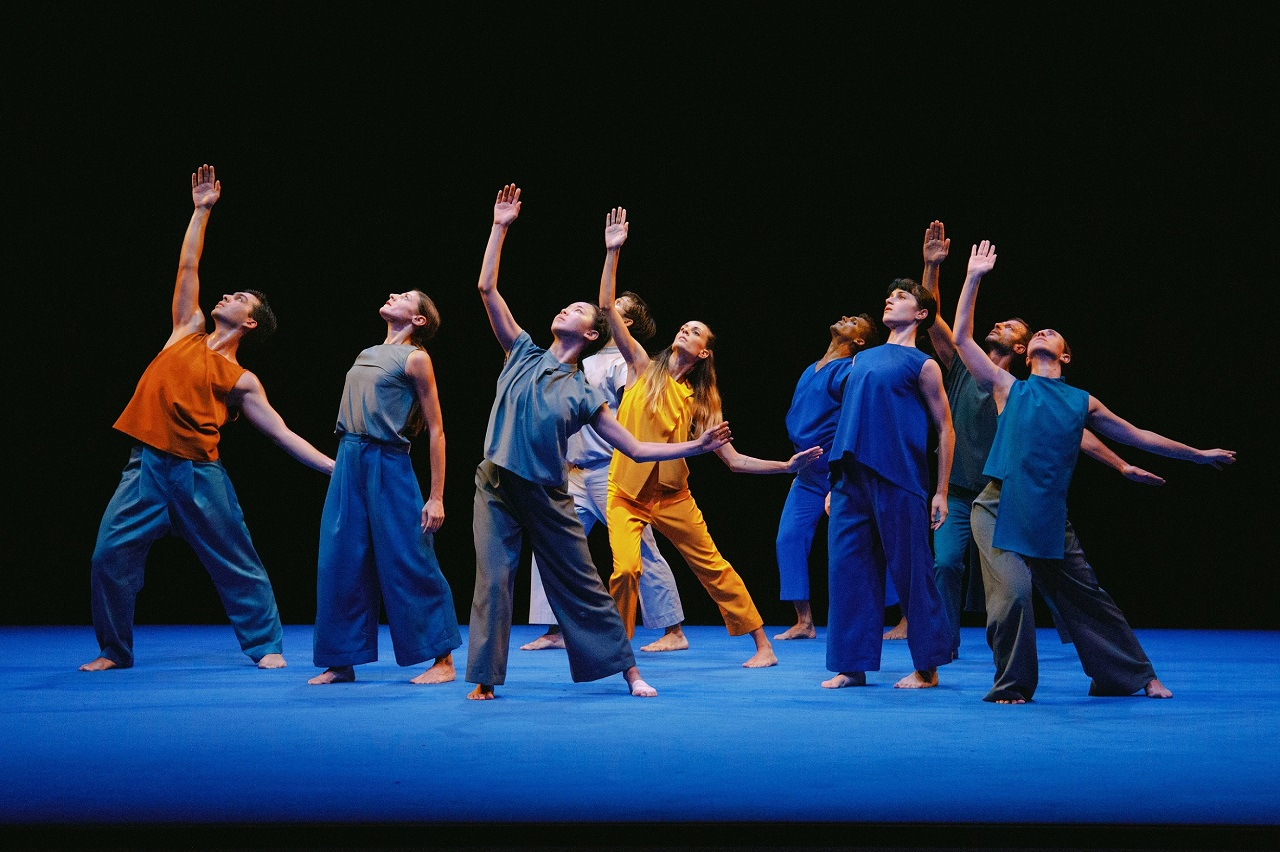 Point of No Return

With the participation of dancers of the GNO Ballet

The Greek National Opera Ballet presents a modern dance triptych in collaboration with three acclaimed choreographers, Ioannis Mandafounis, Ermira Goro and Konstantinos Rigos, director of the ensemble. The choreographies hover between classical and modern style, giving the dancers of the GNO Ballet a chance to experiment with new, smaller-scale forms; meanwhile, the music by Giorgos Koumendakis, Dimitra Trypani and Dimitri Terzakis is played live by distinguished musicians.

In Point of No Return, the internationally recognised dancer and choreographer Ioannis Mandafounis composes a modern piece out of dance elements deeply rooted in the tradition of classical ballet. In tune with the music of Giorgos Koumendakis, the GNO Ballet dancers focus on the transparency and authenticity of their moves via the arsenal of classical ballet steps. Although the group experience of their bodies reveals an extremely classical choreographical approach, one may discern the personal identity of the performers as well as a particularly modern treatment of presence and interpretation of movement – obvious elements that indicate the choreographer’s regular touch. “Guided by the title Point of No Return, this dance piece highlights classical technique as performed by a dancer of today, without falsifying it. Joy, communication, complex choreography and performing immediacy are some of the elements presented by the dancers and shared with the public”, according to Ioannis Mandafounis. Giorgos Koumendakis’ music, both in Point of No Return for string quartet (2008, dedicated to the Kronos Quartet) and in Typewriter Tune for violin solo (2004), follows the example of the “anonymous” folksong creators, “recasting or recomposing traditional musical themes while retaining their energy and subtlety, the authenticity of their primordial model, their pulse and their soul”.

Ermira Goro, a movement and dance theatre performer always in search for new forms of researching and communicating her ideas, says about the choreography of Plan B: “Plan B is a choreographic experiment on rigorously structured, asymmetrical sonic forms. The dancers move through space in a constantly shifting flux from the particular to the abstract and vice-versa. Plan B, because Plan A proved impossible and Plan C is already taking place”. In tandem, the composer Dimitra Trypani likens her music to a “sonic impression of an imaginary videogame in a single-level environment which is to be traversed by the player. However, within this level, there are many ‘trap-rooms’ in quick, unexpected succession, often without warning. The player’s goal, of course, is to survive until they exit the last ‘trap-room’ of the game”.

Finally, the GNO Ballet director Konstantinos Rigos bases his choreography for the third part of this “alternative journey” on three works by the accomplished Greek-German composer Dimitri Terzakis, inspired by the legacy of Greek antiquity and modern Greek history. The Songs Without Words (Lieder ohne Worte), a vocal work from 1994 presented here in its recent (2019) version for viola solo, is a melodic apotheosis based on the musical system of ancient Greece. The composer notes: “To present the infinitesimal melodic nuances and rapidly changing characters, the interpretation of this composition may and must be endlessly free, poetic, songlike, speech-like and, yes, ‘old-fashioned’ – like in the theatre of ancient Greece”. The second work, Resonance of Hell I (Der Hölle Nachklang I, 1992) for alto saxophone and piano, constitutes the composer’s emotionally charged reaction to his unbearable childhood memory of the German Occupation of Greece during the years 1941-1944, while the delicate Words in the Wind (Sprüche im Wind, 2009) consists of ten brief “haikus” for violin and piano.