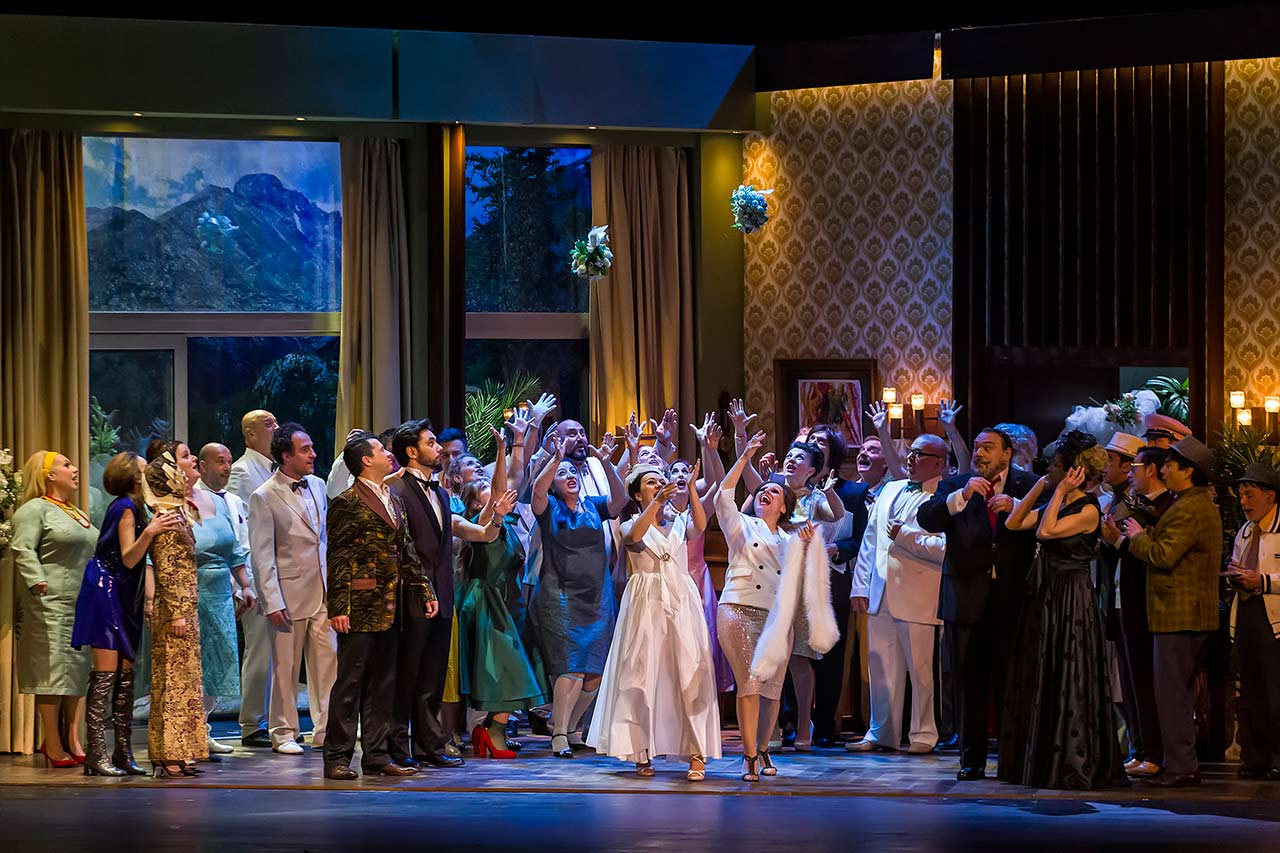 With the Orchestra and the Chorus of the GNO

The presale of tickets will start soon

Lorenzo da Ponte was fortunate enough to be granted the permission by Austrian Emperor Joseph II to pen the libretto for his first collaboration with Mozart. It was based upon Pierre Beaumarchais’ play La folle journée, ou Le Mariage de Figaro (1778), whose staging in Paris had initially been banned by Louis XVI. Most likely Joseph considered that the skewed picture of aristocracy reflected in the work would help him in his ongoing conflict with the upper social class – a conflict mainly over taxation issues. In Le nozze di Figaro we find again the heroes of Beaumarchais’ earlier play Le Barbier de Séville (1773). It has been three years since Figaro managed to marry Count Almaviva to Rosina and now it is his turn to marry Suzanna, who is a servant just like him. However the Count has started to get bored with married life and tries to take advantage of the “right of the first night”, according to which a lord can sleep with one of his maids on her wedding night. The Count’s machinations are nonetheless revealed, Figaro and Suzanna do get married, and the Count himself is obliged to ask his wife to forgive him for his inappropriate behaviour, giving thus the work a happy ending.

Beyond doubt, Le nozze di Figaro portrays the smouldering social unrest that in a few years would explode into the French Revolution. Napoleon himself later would describe the work as “Revolution in action”. Mozart and Da Ponte, in their effort to avoid problems with censorship, significantly altered the play by attaching more weight to the amorous element and less to the subject of social conflict. A typical example is Figaro’s monologue: although in the play it criticizes hereditary aristocracy and points the finger at the aristocratic class, in the opera it is adapted into a critique against unfaithful women…

Le nozze di Figaro, apart from its inherent revolutionary messages in combination with the amorous element emerging from Mozart’s enchanting and tender music, is also a landmark in the history of opera because its protagonists are no longer gods, mythical heroes or otherworldly figures but everyday people: masters and servants.