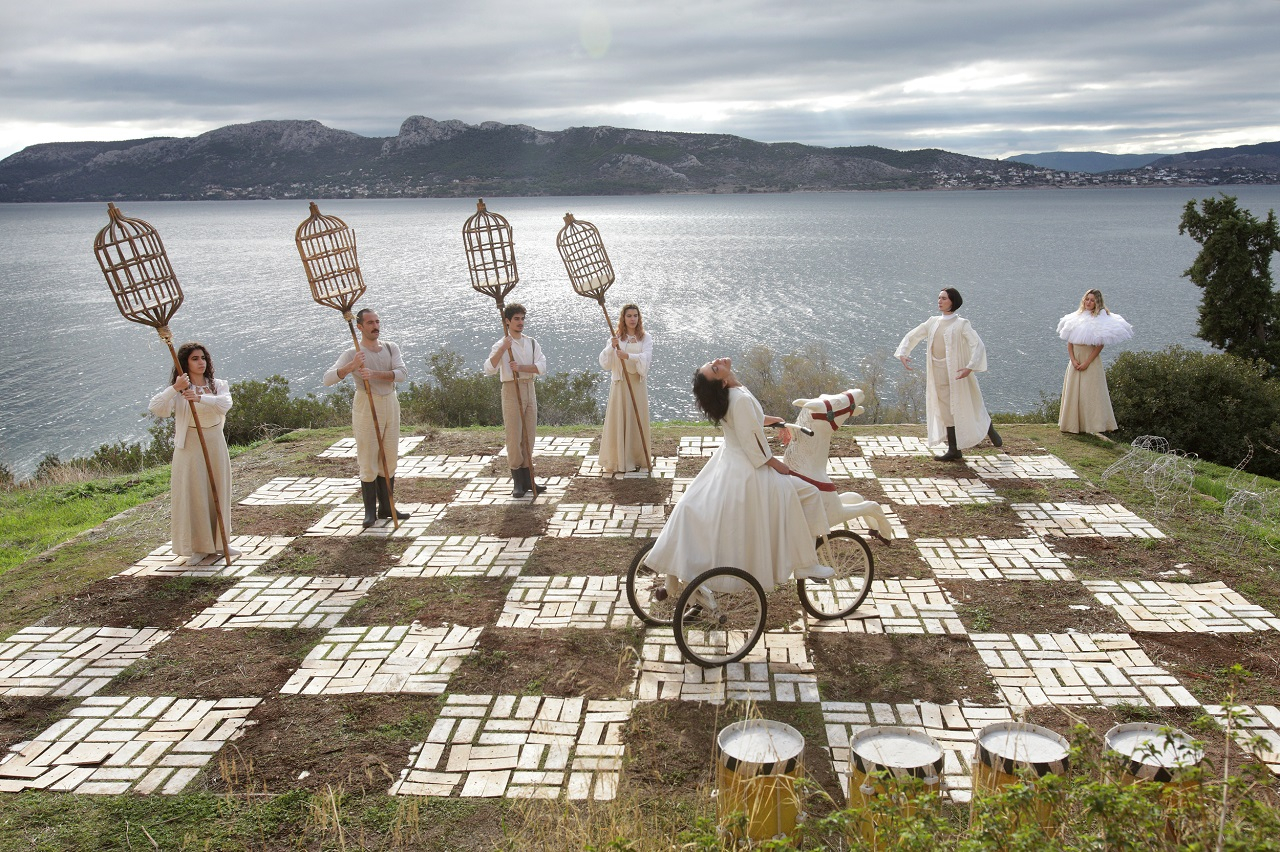 The Lady in the Moonlight

The video will remain available online until 6/1

A dramatic monologue for mezzo-soprano, narrator, clarinet, viola and guitar, The Lady in the Moonlight (1977) is, from both the technical and the expressive point of view, one of the greatest achievements in the invaluable oeuvre of Yorgo Sicilianos(1920-2005), undoubtedly one of the most serious representatives of the Greek post-war musical avant-garde.

Based on the poem The Moonlight Sonata from Yannis Ritsos’ collection The Fourth Dimension, The Lady in the Moonlight consists of the “useless confession” of an aged woman, dressed in black, addressed to a silent, callous young man in an old room flooded with moonlight – as well as a shattering treatment of the passage of time, of decay, desire and narcissistic fantasy. At the apex of his aesthetic and intellectual maturity, Sicilianos poetically transmutes Ritsos’ text into a rigorously worked out fusion of melodic lyricism and speech-like enunciation, combining the arsenal of serial music with a deep, brooding romanticism – and also, in the background, the discreet (though theatrically irresistible) recollection of Beethoven’s Moonlight Sonata.

Using the original title of Beethoven’s Moonlight Sonata (“Sonata quasi una fantasia”) as a starting point, Costas Athousakis’ direction and Calliope Bredologou’s script follow the structure of Sicilianos’ work and the heartrending, often delirious monologue of Ritsos’ heroine, using the tools of cinema to capture the memories, unrequited desires and fantasies of the Woman in Black.

The film’s wager is a mix of naturalistic observation and absurdism, using as setting the exterior of a dilapidated villa by the sea in full daylight. There, the heroine engages in “introspection exercises” with the cooperation of six dancers, inviting the viewer to sort out the images flooding her discourse “in the manner of a fantasy”.

An intimate confession, an account of a life lived away from life, with an echoing phrase as its refrain: “Let me come with you…”.