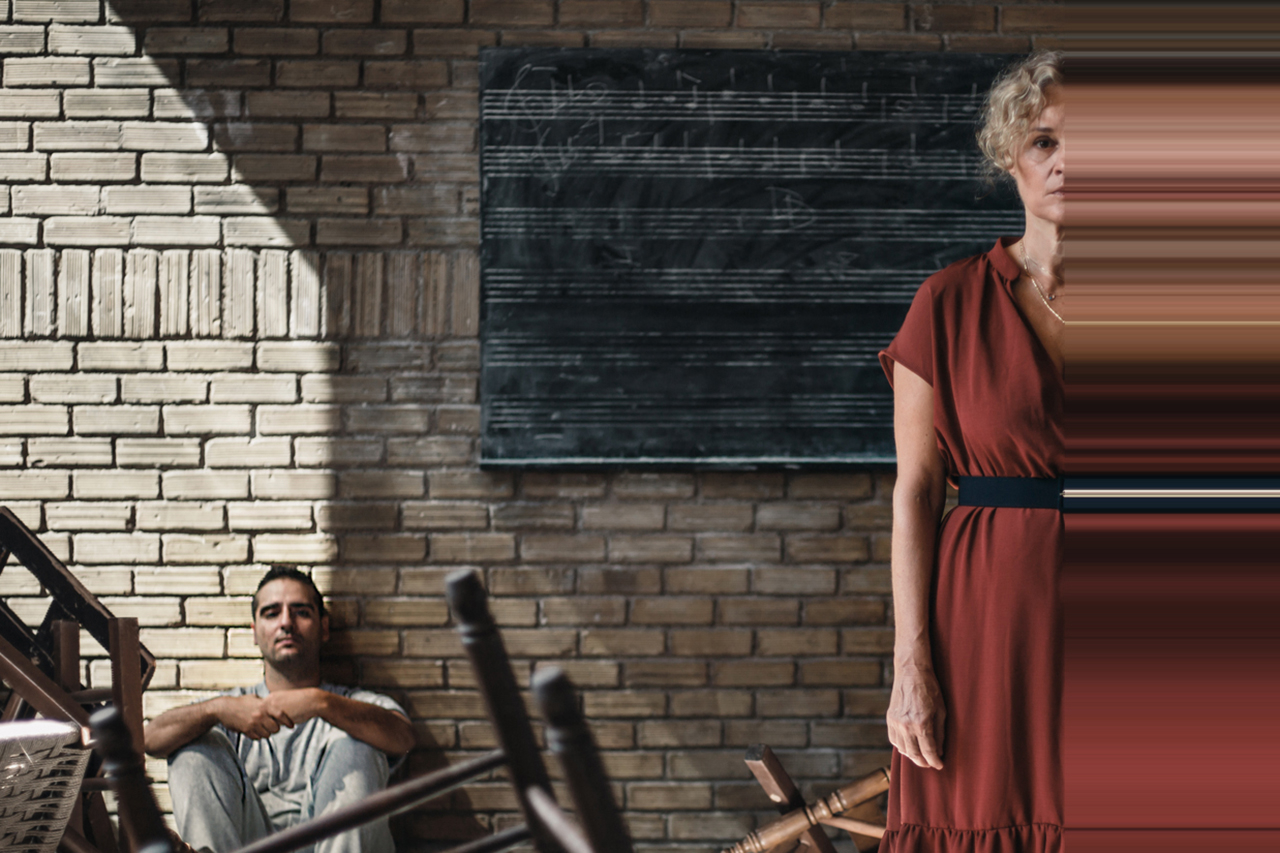 With Maria Kexagioglou and Konstantinos Bibis

Co-production with the Municipal and Regional Theatres of Corfu, Kozani, Serres, Crete, Kalamata, Agrinio, Theatre of Thessaly and Ferodo Bridges

Inspired by the massacre of 69 people by Anders Breivik in 2011 in Norway, Daniel Greig’s work The Events (2013) attempts at grasping the unthinkable and exploring the limits of forgiveness in the face of monstrosity.

Claire, a teacher running a local amateur chorus consisting of immigrants and people from socially vulnerable groups in her spare time, believes that there is an explanation about what is going on in the world. One day an armed young local man barges into her rehearsal room and starts shooting. Claire will be the only survivor and the only thing she wants to do is understand why this happened. The Events is a political work exploring the rise of the extreme right, neofascism and xenophobia through an attempt to approach the “beast” itself. The work features amateur choruses from the cities where the performance will be presented, in the context of the collaboration of the Alternative Stage with seven Municipal and Regional Theatres across the country.