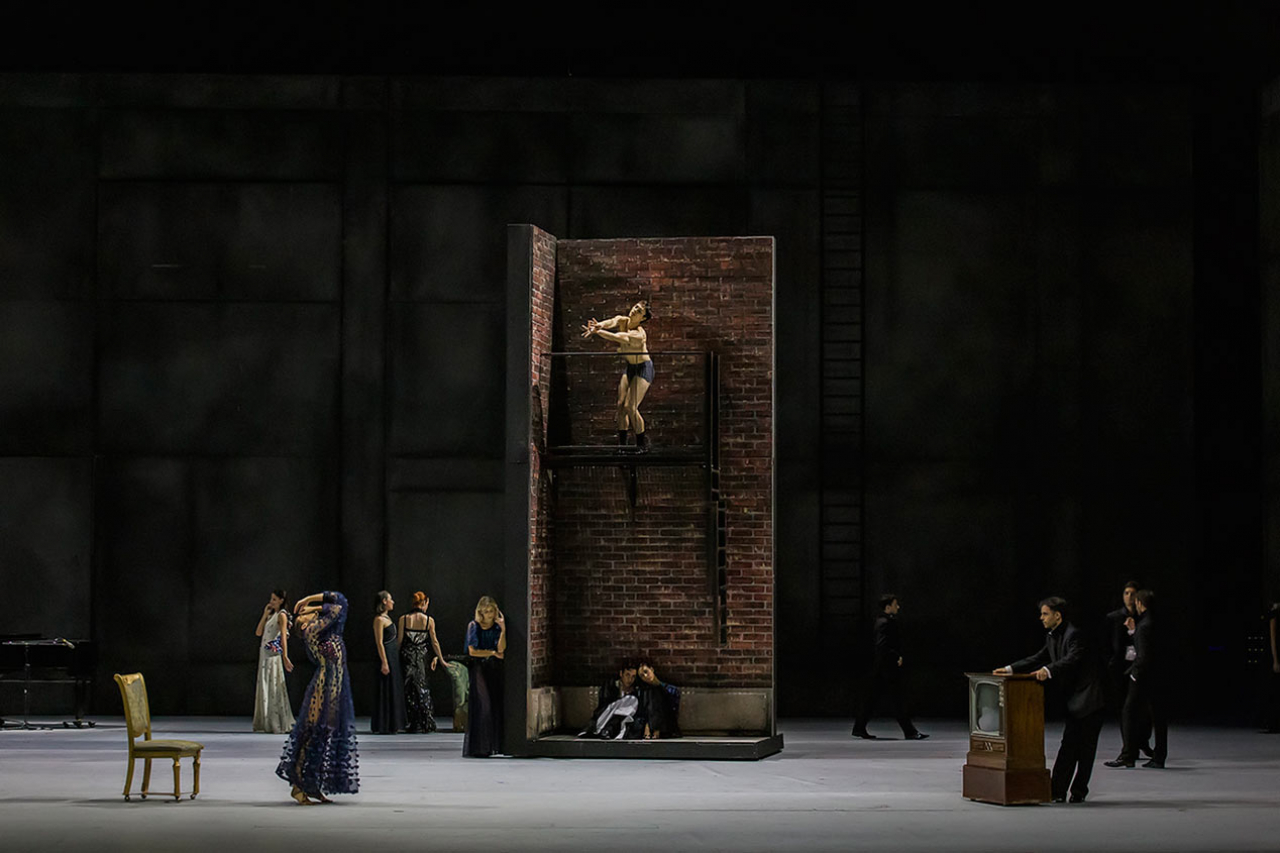 With a music ensemble and the GNO Principal dancers, Soloists, Demi-Soloists and Corps de Ballet

Dance with my own shadow

The first production of the Greek National Opera Ballet for 2019/20 signals one of the greatest challenges for Konstantinos Rigos. The GNO Ballet director realizes one of his greatest artistic dreams and choreographs four major works of Manos Hadjidakis –The C.N.S. cycle, Captain Michalis, The accursed serpent, Gioconda’s smile– in one single performance, as part of the Manos Hadjidakis three-year cycle.

Few composers have defined the Greek musical landscape and modern Greek culture as much as Manos Hadjidakis. At the same time, his quests and influences have led him to many and diversified paths. It wouldn’t be an overstatement to say that the fruits of his creative seed can be found in the four cardinal points of the horizon. This is the landscape that inspired Konstantinos Rigos’ new choreography, through which he shall make a journey across the four cardinal points of Hadjidakis’ work by incorporating an equal number of emblematic works into a single performance with interlocking parts. Four rooms, four directions. The C.N.S. cycle is the north, the abstract landscape of the “deserted beach”, death’s wasteland. Captain Michalis is the south, with the Mediterranean, dry landscape, the wind that romantically caresses people’s bodies, and the unrealistically over-sized Kazantzakis-man figure. The accursed serpent is the east, a land of shadows and fairy tales, where the old and the new co-exist devouring one another. Gioconda’s smile is the west, a study by the composer on the history of Western music, but also an exercise of personal compositional discipline.

Each point of the horizon is also a room, each cardinal direction is contained within an interior space, where dancing becomes one with the music.