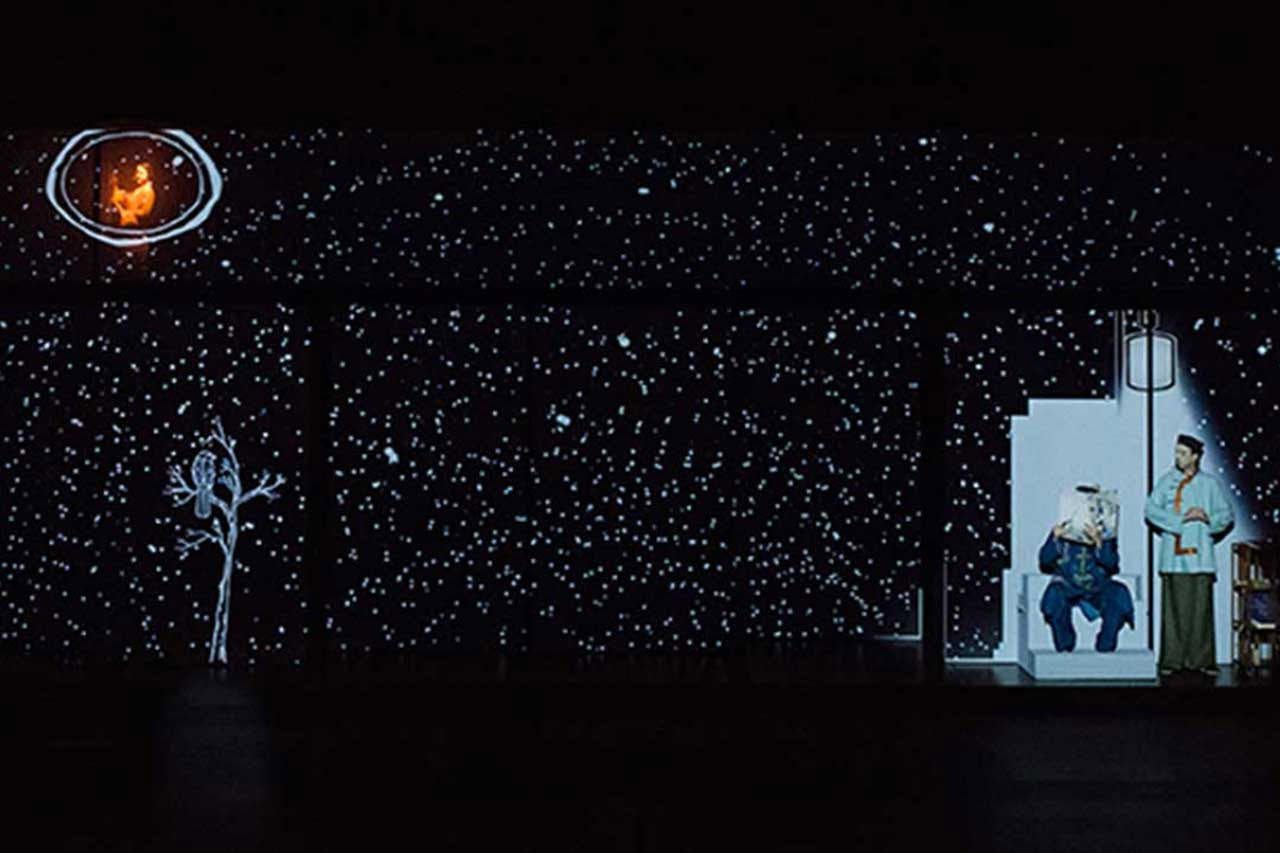 In collaboration with the Animasyros International Animation Festival + Agora

After having impressed children and adults at the Alternative Stage, Lena Platonos’ musical fairy tale The emperor’s nightingale will be presented during the 2019/20 season on the big stage of the Stavros Niarchos Hall. It is an impressive production in which opera engages in a dialogue with animation.

Lena Platonos wrote The emperor’s nightingale, a “musical fairy tale with operatic features and neo-impressionistic music”, as she herself has described it, in 1989, to a libretto by Giorgos Voloudakis, based on Hans Christian Andersen’s tale of the same title.

Andersen’s tale is transformed into a parable about the relationship between art and technology, which nowadays is more topical than ever. The work’s modern message, the co-existence of analog and electronic music, the irresistible melodic lines of Platonos and the masterly vocal writing render the Emperor’s nightingale an ideal way to introduce children to the magical world of lyric art.

The direction bears the stamp of Katerina Petsatodi, the animation has been designed by Eirini Vianelli, the sets by Evangelia Therianou and costumes by Alexia Theodoraki.