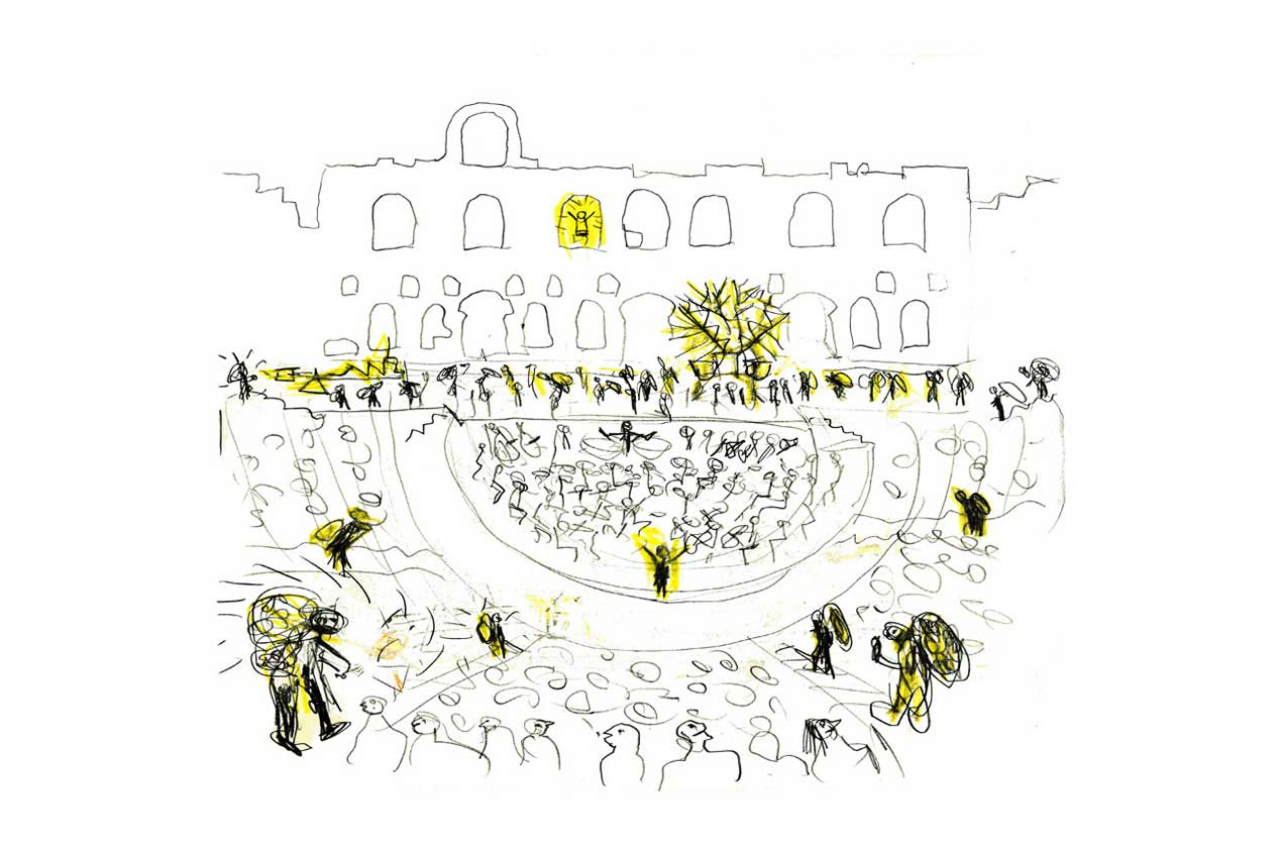 Italian Opera Cycle
As part of the Athens Festival

Norma, an opera absolutely associated with Greece in multiple ways, comes back to the Greek National Opera. It is one of the first operas to have been successfully presented in the capital of the newly formed state, already in 1837. In the Greek National Opera’s long history, the role of Norma has been interpreted by renowned Greek singers such as Maria Callas (Theatre of Ancient Epidaurus, 1960) and Elena Soulioti (Odeon of Herodes Atticus, 1968). The love triangle between the perjured High Priestess of the Druids, her young colleague and the Roman proconsul will be brought back to life by director Carlus Padrissa, one of the six co-founders and artistic directors of La Fura dels Baus. The demanding role of the title will be performed by the renowned Italian soprano Carmen Giannattasio, who recently performed it at the Bavarian State Opera (Munich). In the second cast, the American soprano Marjorie Owens, who has already interpreted the role at the English National Opera.

Carlus Padrissa is one of the six artistic directors of the famous collective La Fura dels Baus from Barcelona. From the moment it was founded in 1979 to this day, La Fura dels Baus have engaged in all forms of performing arts: from street theatre to digital theatre, and from the opening ceremony of the 1992 Barcelona Olympic Games to opera, in which they seem to have found their ideal means of expression. La Fura dels Baus have become unique and sought-after all over the globe thanks to their desire to abolish the limits between the stage and the audience, as well as their incessant quest for new ways of expression. Τhe list of their collaborations with great opera houses and festivals is endless: Opera de Paris, Royal Opera House in London, Salzburg Festival, Teatro Real de Madrid, Verona Arena, Brussels, Amsterdam, Dresden, Lyon, Rome, Frankfurt, Sydney, Munich, Bologna, Huston etc; equally endless are the pieces and first covers about them on the world’s greatest newspapers.

Carlus Padrissa notes about the staging of Norma at the Odeon of Herodes Atticus: “The second transfer of the lyric tragedy Norma, the child murderess by La Fura dels Baus will revolve around a ritual which will however not include any cross. The source of inspiration will be Nietzsche’s work The birth of tragedy through the spirit of music, perceived from a pro-Christian point of view: a prehistoric myth full of symbolisms. A genealogical tree which breaks, an altar, a Rock and a ritual brew. Air, fire, earth, wars, betrayals, bravery, unsubdued feelings and sensuality. Therefore, our intention is to create an honest exercise aiming at matching the genuine alchemy of the time with the darker aspect of the druids. In one respect, all of us are child murderers in modern society: we leave our children a non-sustainable world. It’s exactly for this reason that we will use recycled waste from the Mediterranean to develop a part of the set and the meagre costumes for the performance. Long-drawn, tragic melodies, with intense flourishes giving rise to intense emotions. Among the unforgettable moments of this opera counts the ‘Casta Diva’ aria, perhaps the most popular soprano aria in the history of music. The performance will be held at the Odeon of Herodes Atticus, an impressive space, with the audience sitting right across the stage, creating thus an impressive composition. The audience is separated by three key-points: the ring encompassing the orchestra, the ring dividing the audience in two parts, and one more which will shine on the audience with a solar photocell, like the Sun God with his halo.”