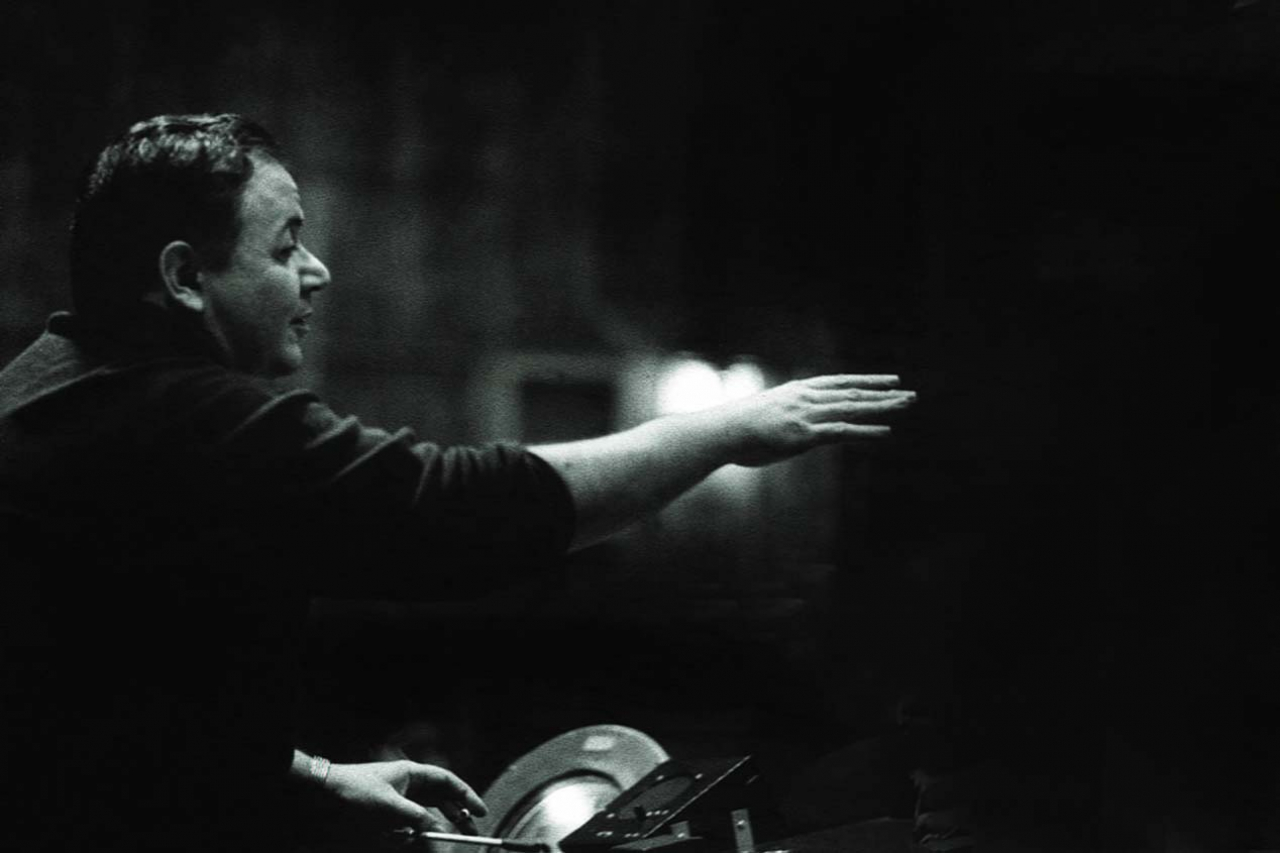 With the GNO Orchestra and Children's Chorus

The first work to be presented is the unreleased The Martlet’s Tale. It is the soundtrack of the 1970 movie of the same title directed by John Crowther and scripted by Nicolas Delbano. Τhe movie, starring Katina Paxinou, received bad reviews when it was first previewed in San Francisco and it was not released anywhere in the world. The most famous song from that soundtrack is “The ballad of senses and illusions” with lyrics by Shawn Phillips, which became known to the Greek audience quite later from its version in the album Pornography (1982).  Manos Hadjidakis’s assistant to this composition was a then young Italian composer, the now famous Nicola Piovani.

The second work is the masterful Sweet Movie from the soundtrack of Dusan Makavejev’s movie of the same title, produced in 1974. Hadjidakis was enthused over the director’s previous movie and thus, gladly accepted Makavejev’s proposal. In the prologue Manos Hadjidakis wrote for the screening of the movie at Cine Asty in 1974, he mentioned, among other things, regarding the movie and his music: “Makavejev himself used to say, that one should watch Sweet Movie together with their girlfriend. Never alone. And at some moments, like the sweet moments of a concert by Rachmaninov or Gershwin, they should touch each other’s hands, with tenderness and a secret quiver. It is then, he says, that his movie works properly. So, try to take from my music too, all the sweet and sugary taste encompassed in the movie, along with the Chinese-acupuncture-like stings of its imaginative scenes.”