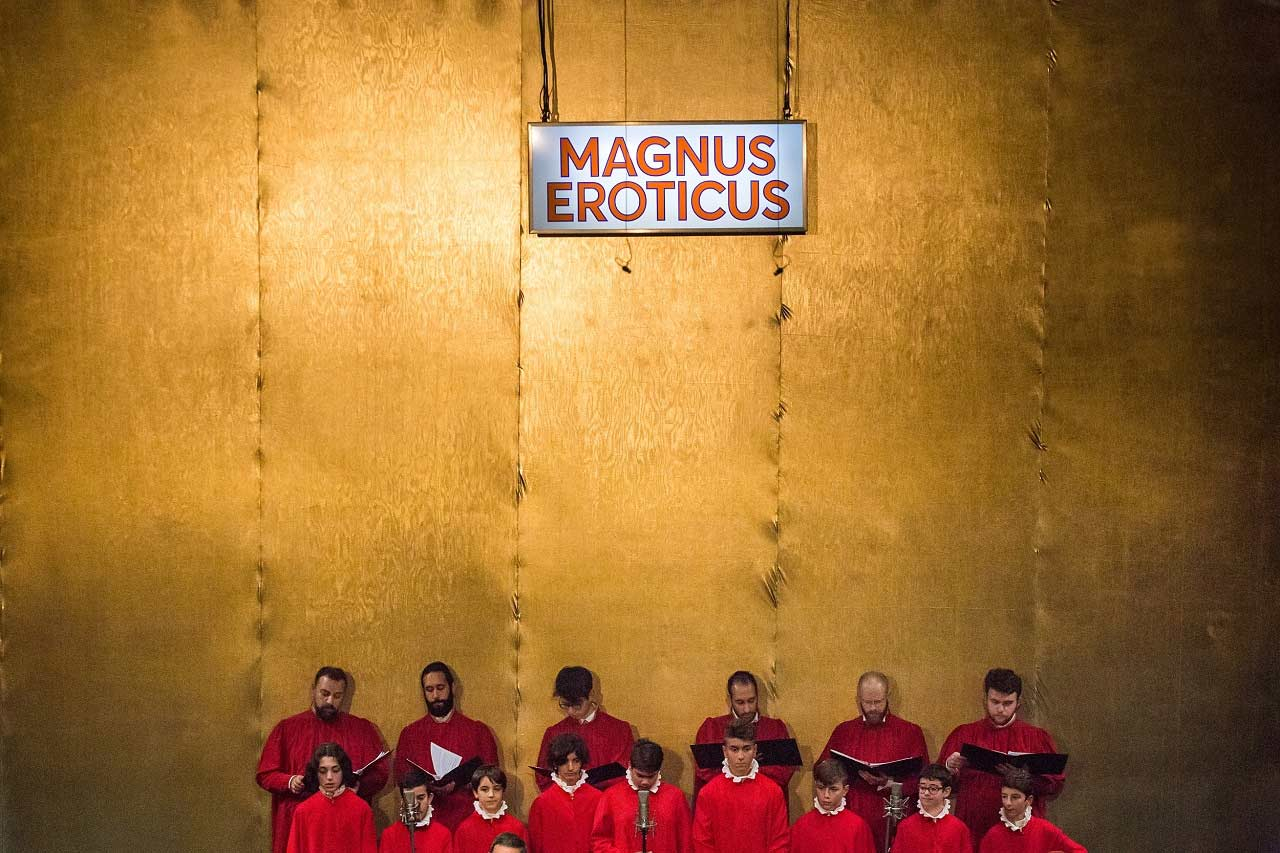 Manos Hadjidakis travels back in time and Magnus Eroticus meets the English baroque, highlighting thus the universal aspect of one of the greatest song cycles in the history of Greek music.

Starting from the sui-generis instrumental ensemble of Hadjidakis’ original work, gambist, director and visual artist, Andreas Linos, alongside an exquisite group of musicians, proposes a paradoxical, yet attractive reading of what is perhaps the composer’s most important song cycle, viewed from the most typical English baroque music ensemble, the Broken consort. Translated into the English of the Restoration period, Magnus Eroticus proves its universality.

“Magnus Eroticus is not dressed in local folk costumes. It is dressed in its own clothes which are a composition of difficult combinations of sounds, light colours and poetic dreams. It does not contain messages easily erased by the rain, it doesn’t fight back. The order followed by these poems of Greek poets, forms an unbreakable song cycle, a mass for Magnus Eroticus – something like the vespers for the Saints at some far away deserted chapels with the participation of imaginary angels, lovers, virgins and adolescents. It is a strange litany, yet also so natural, in our inner and secret life. These songs are not sensual. Their effect is beyond action, it lies in the deep feeling which characterizes any relationship, of all kinds, so long as it contains the prerequisites for human communication.”