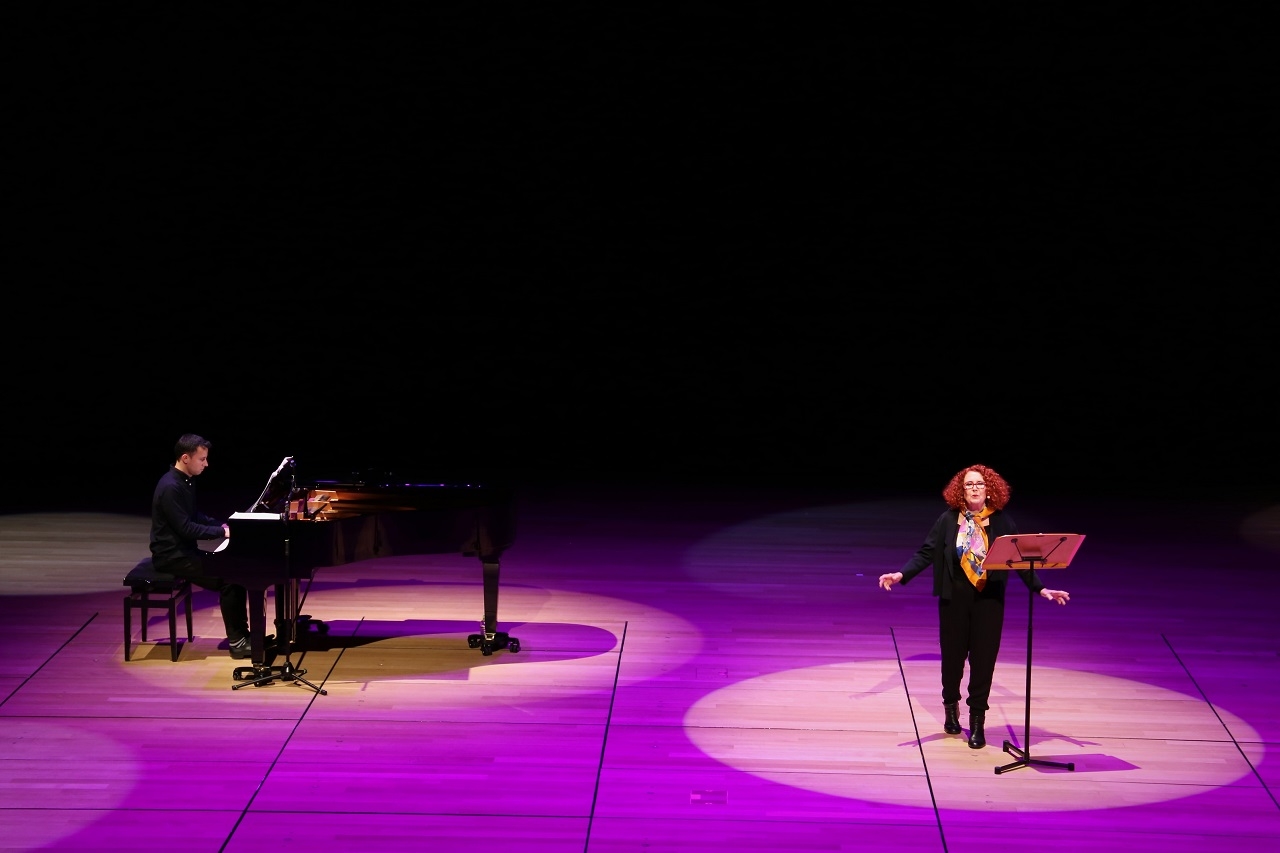 Fernando Pessoa's Maritime Ode and the fados of my adolescence

Part of the Sunday Mornings Cycle of the GNO Alternative Stage

Established singer and performer Aliki Kayaloglou invites us on a voyage with Fernando Pessoa’s Naval Ode and the fados of her adolescence a Sunday morning of June. The performance brings into life a text originally meant only for reading and turns it into a big song.

The concert Fernando Pessoa's Maritime Ode and the fados of my adolescence is part of the framework of the Act "GREEK NATIONAL OPERA ALTERNATIVE STAGE FESTIVAL PRODUCTIONS" (MIS 5004053), under the code 2017ΕΠΑ08510107, co-funded by the European Regional Development Fund (ERDF) and by national funds.