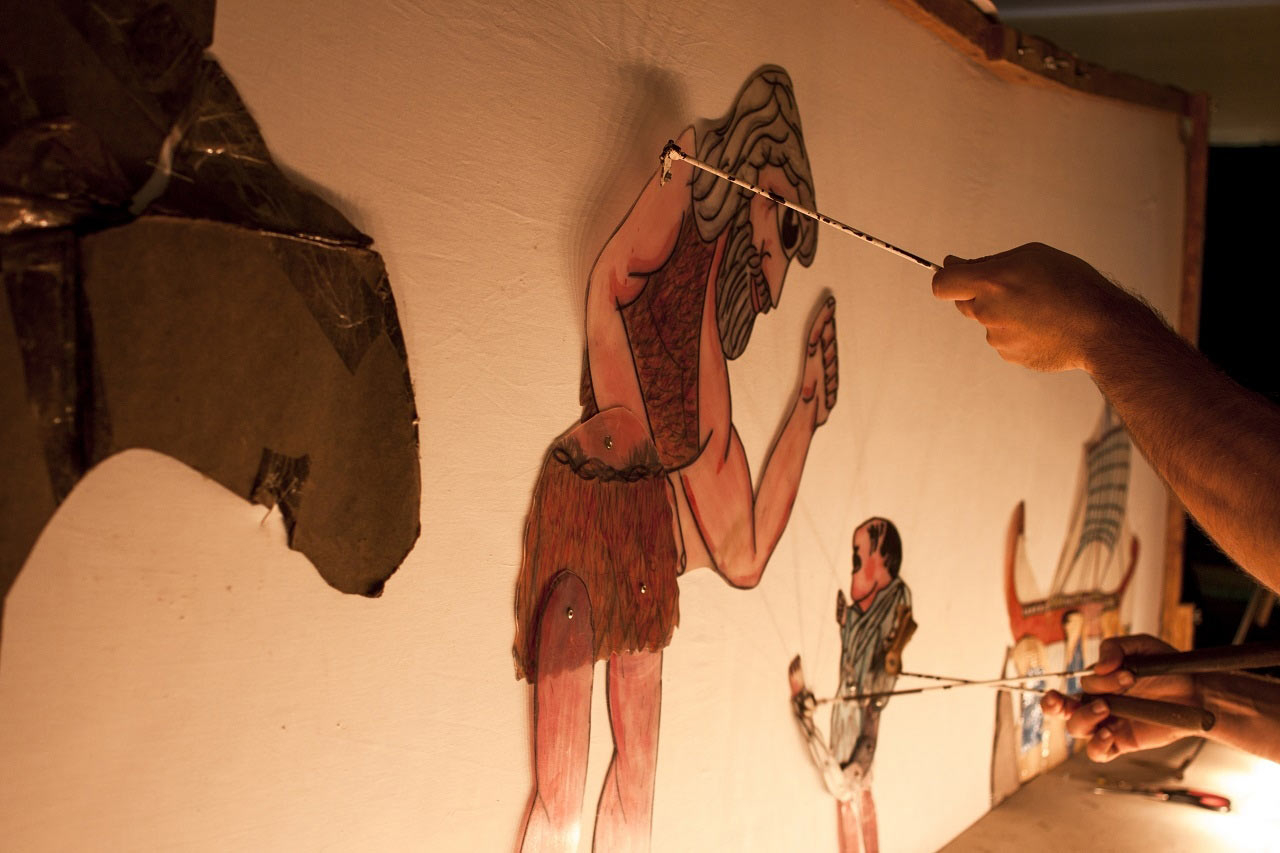 The Return of Karagiozis to his Homeland

Our successful performance The Return of Karagiozis to his Homeland continues its tour in the 2017-2018 artistic season after a series of performances in squares, schools and healthcare facilities in Attica and the regions last year.

This innovative shadow theater performance brings two unexpected characters together on stage: Greece’s very own Karagiozis and Harlequin from the Commedia del’Arte. The performance is based on Claudio Monteverdi’s opera Il ritorno d'Ulisse in patria (The Return of Ulysses to his Homeland) and seeks to showcase the commonalities between Greek shadow theatre and Italian puppet theatre.

The marionettes and figures are supported by a group of performers who are leading lights in the world of baroque music, and who also have a deep knowledge of traditional Greek music. After refusing to serve the Sultan in the Cretan War which broke out in 1645, the Greek Zanni, known to us all as Karagiozis, runs away immediately after the Ottoman armies land on Crete. In his attempt to return him to his family, after various wanderings and adventures at sea and in far-off countries, fate brings him to Venice. There he meets his Italian counterpart, Harlequin, who encourages him and narrates the tale of the return of Odysseys to his homeland in his own inimitable manner.