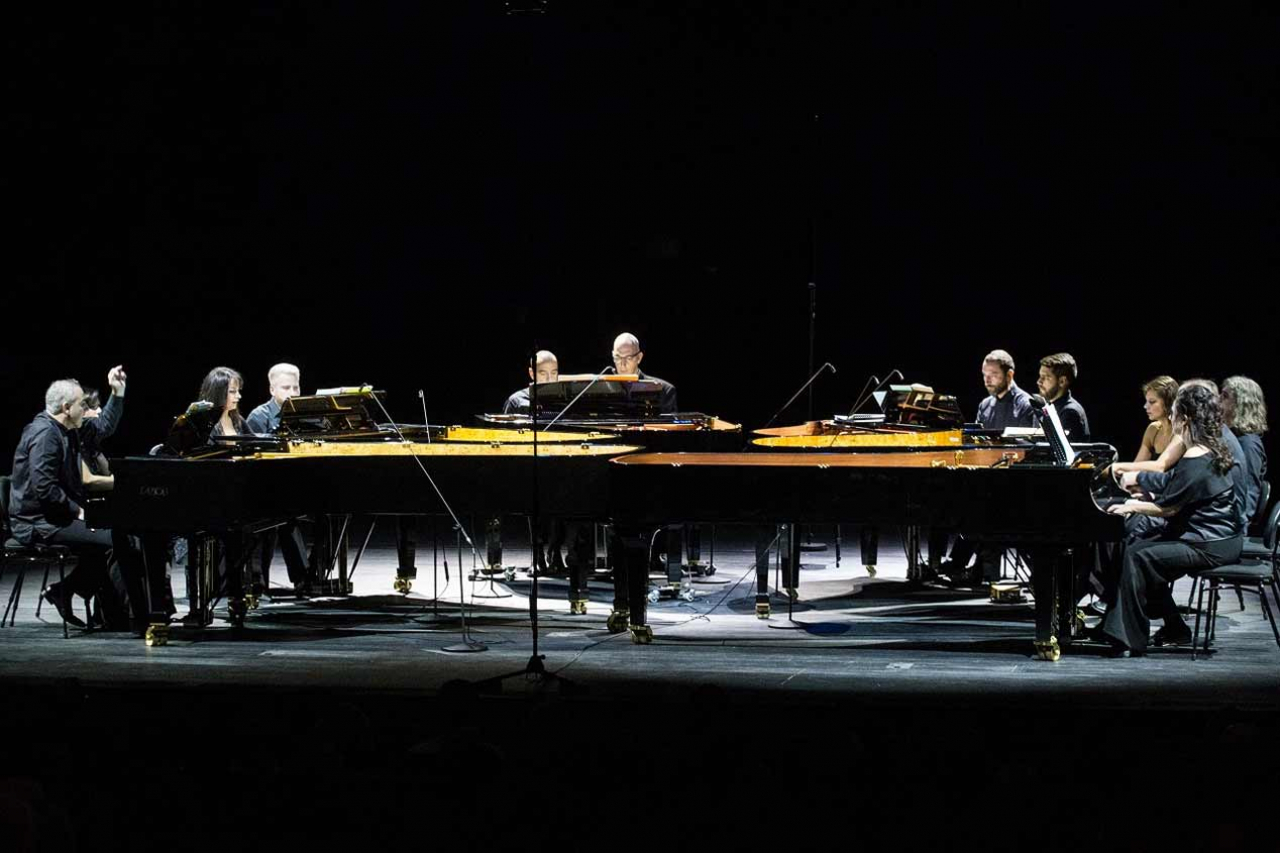 A special concert by the Piandaemonium ensemble featuring 6 pianos and 12 pianists on November 11 and 12, 2017, at the Stavros Niarchos Hall, as part of the International Piano Festival 2017 which will take place in November and December 2017 at both Greek National Opera stages at the Stavros Niarchos Foundation Cultural Center.
In effect it will be an orchestra of pianos, which will feature works by Aniseggos, Anadolis, Koumendakis, Papageorgiou, Gershwin, Bizet/Wilberg, Wagner/Rock and others, in an endeavor to redefine the traditional sound of a piano.
Piandaemonium, an unparalleled Greek piano ensemble, which is one of the few such ensembles worldwide, was founded in 1998 by the well-known pianist Domna Evnouchidou. During Piandaemonium’s almost 20 year history, it has presented the world premieres of works by Greek composers written specifically for the ensemble, adaptations of important symphonic works and authentic pieces for various combinations of piano.
Piandaemonium has also endeavored to get close to those less aware of European music. The impressive layout of 6 pianos in a row, the sheer magnitude of the sound produced, the diversity of musical styles (from pure classic to completely modern) presented by Piandaemonium mean every concert is a truly unique event.
Piandaemonium made a comeback 4 years ago at the behest of pianist Haralambos Angelopoulos and this year’s line-up includes internationally acclaimed pianists such as Haralambos Angelopoulos, Eftychia Veniota, Evi Giamopoulou, Domna Evnouchidou, Nikos Zafranas, Stefanos Thomopoulos, Christos Lenoutsos, Irini Mavrou, Maria Mylaraki, Stefanos Nasos, Christos Noulis, Antonis Selemidis, Thodoris Tzovanakis, and Kostas Hardas.