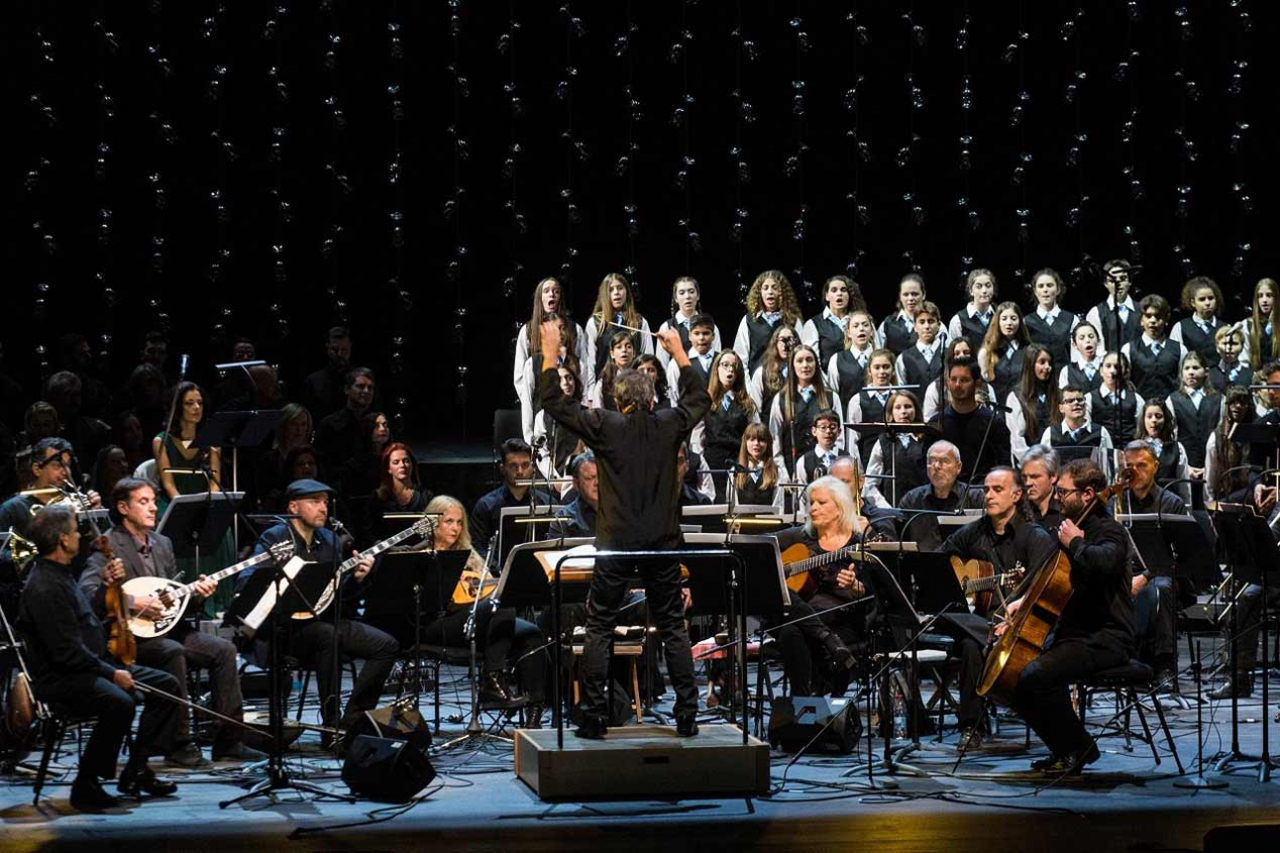 With the Greek National Opera Orchestra, Chorus, Children's Chorus and with the Hellenic Navy Band

In partnership with the composer’s son, Giorgos Hadjidakis and the Manos Hadjidakis Archive, the Greek National Opera has devised a 3-year cycle of performances during which it will present well-known and hitherto unpublished works of the iconic Greek composer, whose work and attitude to life left a deep imprint on modern Greek culture.
The Hadjidakis Cycle, which is the first comprehensive tribute to the great composer’s works, will run in the 2017/18, 2018/19, 2019/20 artistic periods at Greek National Opera venues and elsewhere. The Greek National Opera will attempt to piece together forgotten works, and to present for the very first time works which were never published.
The Era of Melissanthi is a musical autobiography based on the composer’s poems which Hadjidakis dedicated to his mother’s memory. It is a cantata for a mature female voice, two young male voices, a mixed and children’s chorus, chamber orchestra and military band, where the bouzouki stars as the primary instrument.