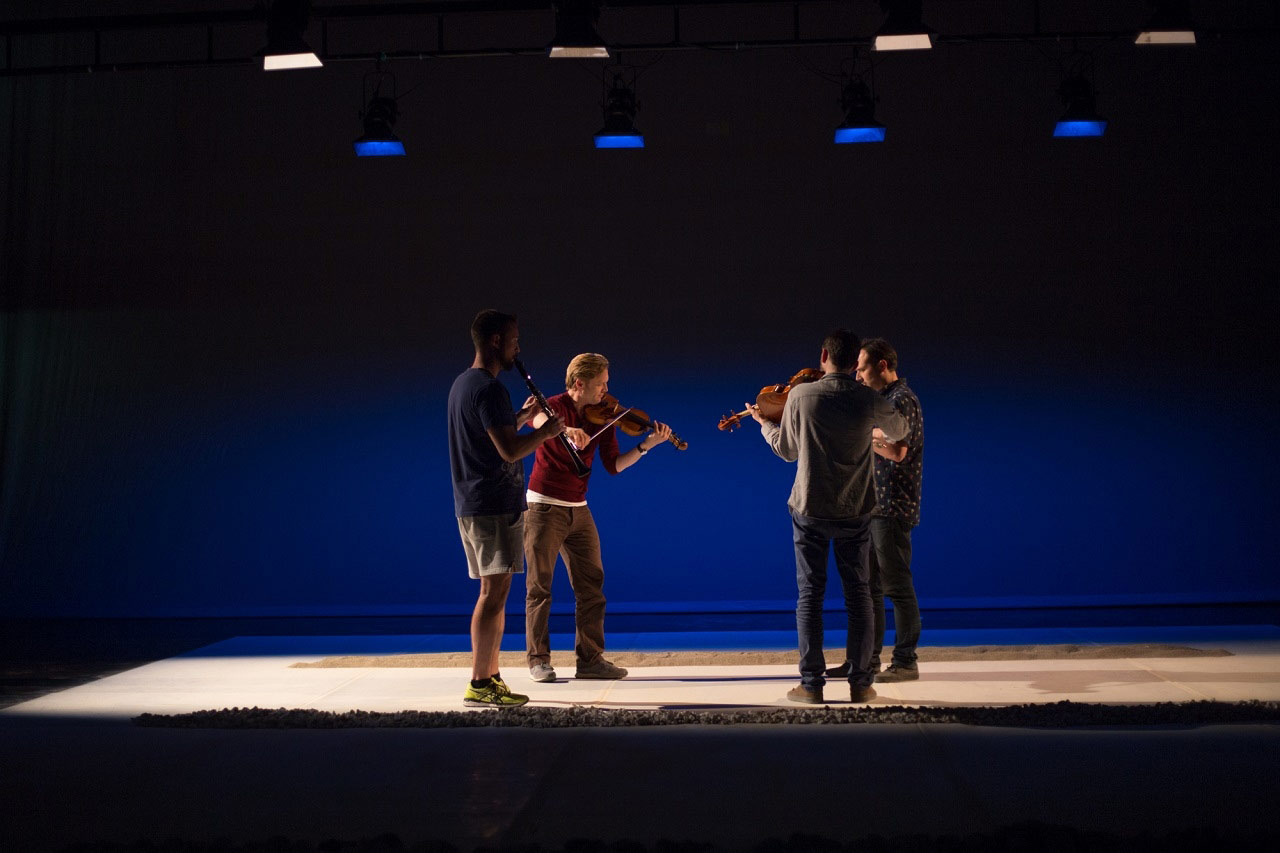 It is an open online Research Platform with the purpose to explore the course of today’s music theater.

The Platform’s first operating cycle is titled RE-FUSE and it is run in cooperation with the Utrecht Modern Music Festival Gaudeamus Muziekweek, with the participation of a group of eleven artists from diverse artistic fields (music, theater, dance, set design, programming).

The Platform’s research programme, based on a concept of GNO artistic director, Giorgos Koumendakis, was launched in January 2016 and completes its first cycle in November 2017 at the GNO Alternative Stage. RE-FUSE team worked for about two years via periodic workshops and online meetings, focused not on the preparation of a specific performance but on the research process itself, which is very important for the development of new forms of expression.

The platform’s goal is to trace, combine, design, evolve and render accessible inter-artistic tools and approach methods that can be used to create music theater performances. As the scope of music theater is quite wide, the pilot group focused on how artists (creators and performers) from diverse fields can communicate with each other in a single inter-artistic creative environment, with particular interest in the musical function of speech.