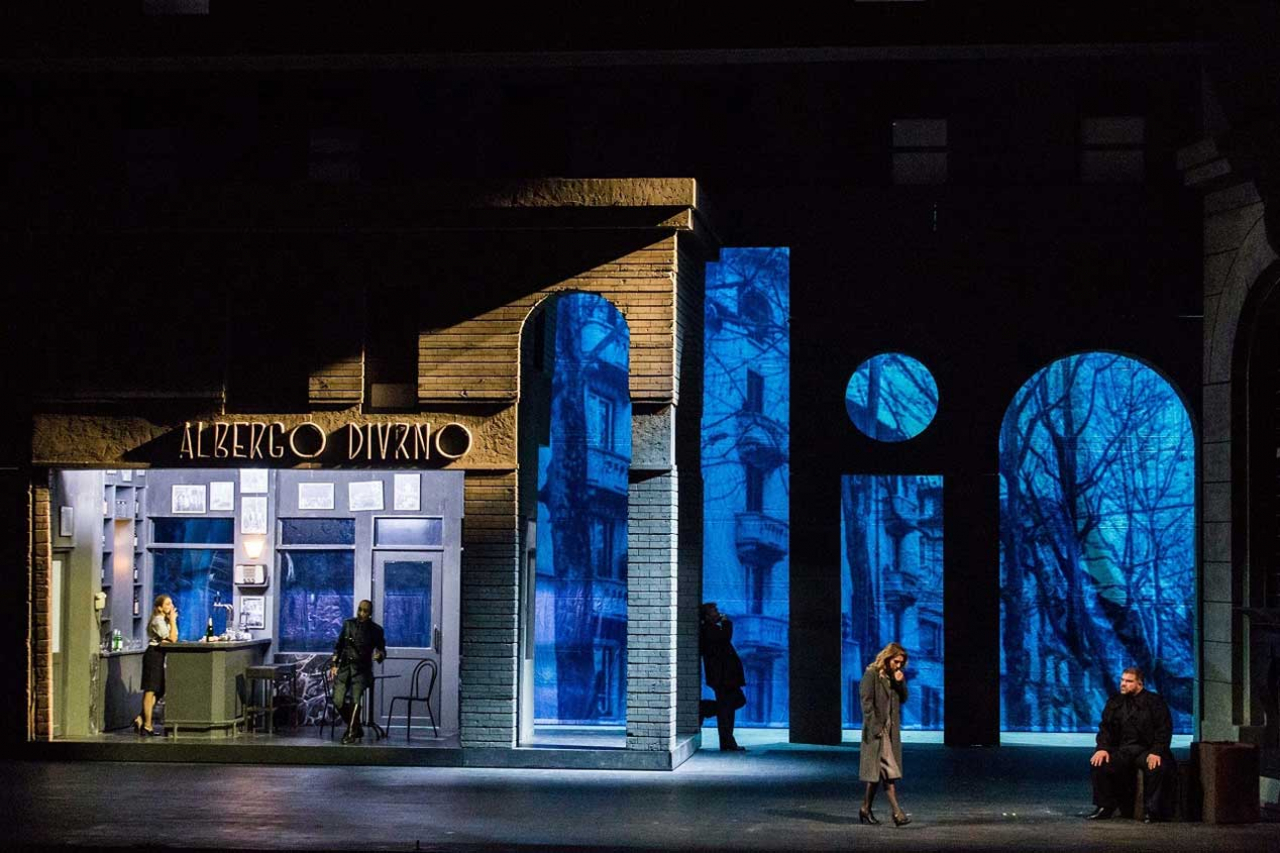 With the Greek National Opera Orchestra and Chorus

Perhaps the darkest of all Giuseppe Verdi’s masterpieces, Rigoletto brings the acclaimed Greek baritone Dimitri Platanias to the Stavros Niarchos Hall in a role he has performed masterfully in London, Munich, Amsterdam, Brussels and Venice. Alongside him, the renowned Greek coloratura soprano Christina Poulitsi, in the particularly demanding role of Gilda, as well as the tenor Yannis Christopoulos.
In Nikos Petropoulos’ black and white, almost film noire version of the work, Rigoletto has been relocated from 16th century Mantua to Mussolini’s Italy, shortly before the outbreak of World War II, in a bleak climate where conspiracy and arrogance abound. In Rigoletto, Giuseppe Verdi turned a new leaf in his career as a composer, experimenting broadly and creating an intensely dramatic score which matches the contradictory, dark personality of the hero of his work.
The story narrates Gilda’s love for the rakish Duke of Mantua, who presents himself to her as a poor student. She is the daughter of the hunchbacked court jester Rigoletto. To take revenge on his daughter’s lost honor, Rigoletto formulates a plan to murder the Duke. When Gilda discovers her father’s plans, she decides to rescue her beloved and to sacrifice herself by taking his place.