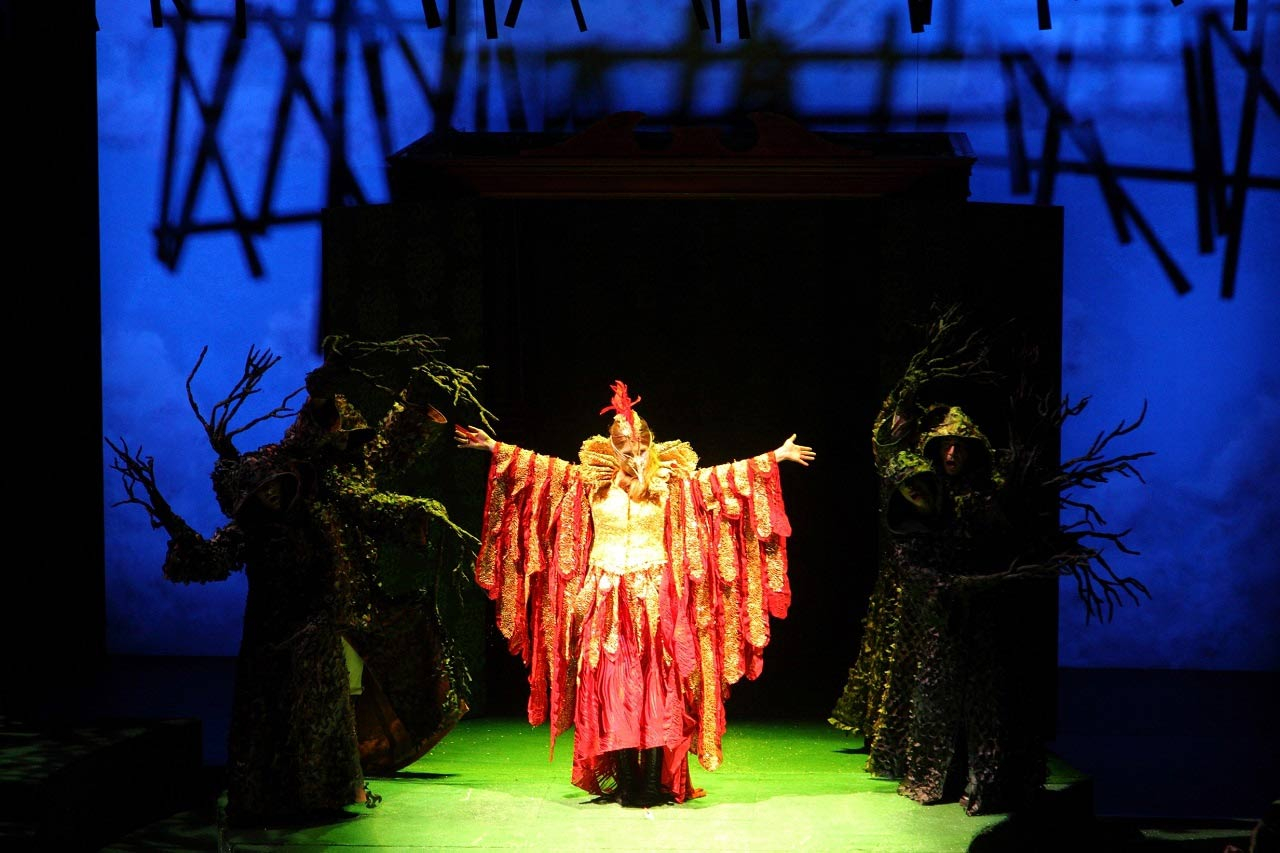 With the participation of a 6-member music ensemble

Prince Ivan and the Firebird

Premiere / Commissioned by the GNO

The Alternative Stage’s key morning productions will be operas for children. For the 2017-2018 season, it is a new work commissioned by the GNO’s Alternative Stage from the leading composer and director Thodoris Abazis.
Abazis’ new opera Prince Ivan and the Firebird is based on a well-known traditional Russian tale which was also the inspiration for Igor Stravinsky’s famous ballet. The work is aimed at children aged 5 to 12, and is an ideal introduction to the world of opera from a composer versed in the language of modern music and theater. Sofianna Theofanous has penned the libretto while sets and costumes are by Kenny MacLellan.

A brief description: When Czar Witslav discovers that his precious gold apples have begun to dwindle in number, he tasks his three sons, Dmitri, Vassily and Ivan with catching the thief and handing him over to the Czar. In exchange, he offers his crown and his kingdom. Ivan, the youngest son who is extremely spoiled and arrogant, manages to trick his brothers and starts an exciting, difficult journey on his own into the Black Forest of the witch king Koschei, the greatest wizard of all times, spoken off in many fairytales. With the aid of Volk the wolf, he seeks out the golden Firebird so he can hand it over to his father and prove his worth as the next Czar. Right from the outset of his adventures, he learns the value of honesty and bravery the hard way, setting him on the path toward true kingship.

All performances of the children’s opera Prince Ivan and the Firebird are aimed at schools, and will be accompanied by group tours of the GNO’s premises and the SNFCC Park. Students will start their very own amazing journey around the Stavros Niarchos Park, just like Ivan’s journey around the Black Forest, as they search for secrets from the sets, the dressing rooms and the GNO artists. Students will also have the chance to observe the Firebird’s journey through the local flora and fauna.