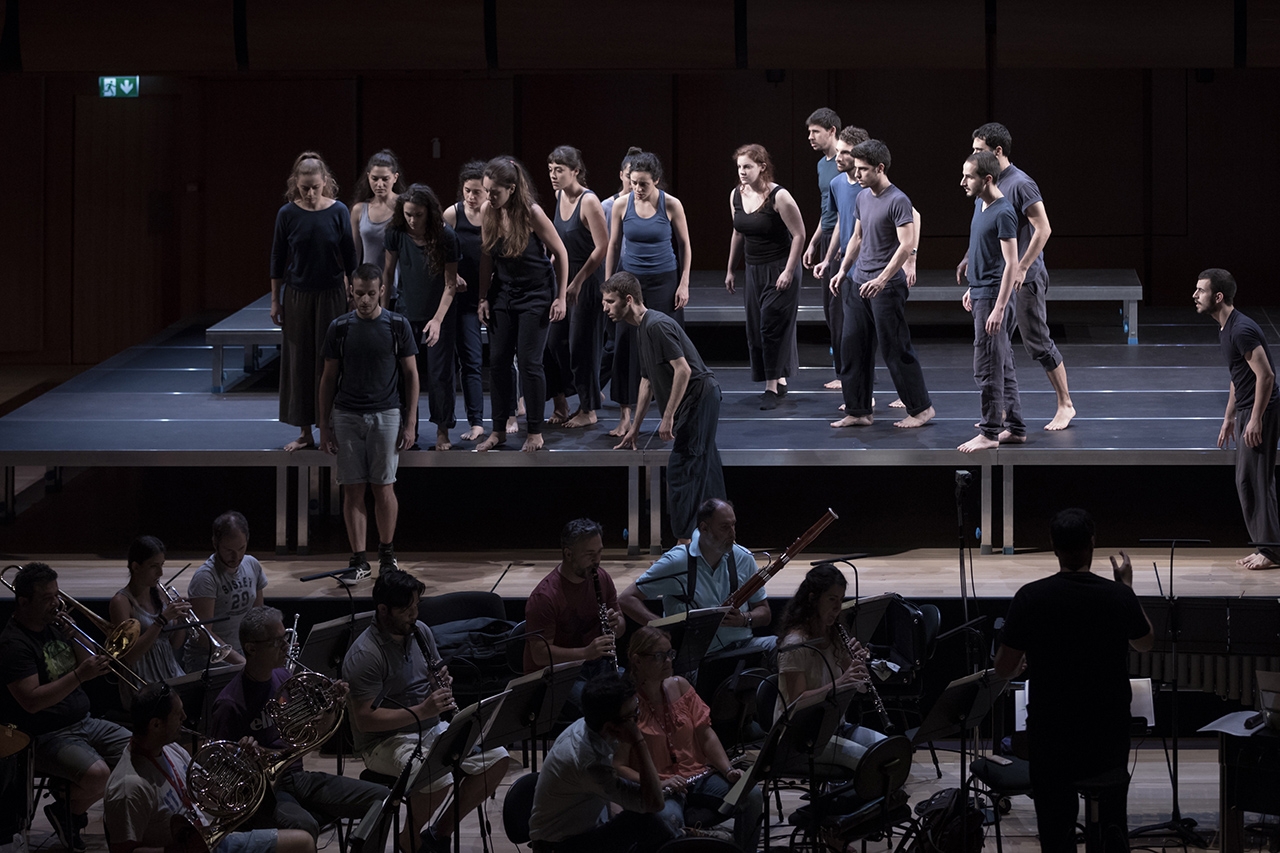 With the participation of students of the National Theater School of Drama and of members of the ERT Symphony Orchestra.

The stage music written by Jani Christou for the Greek National Theater production of this work directed by Alexis Minotis was in effect the first time he really dipped his toes into the world of music theater, and features many of his special compositional practices, as well as new media such as cassette tapes. Although subsequently overshadowed by his later partnership with Karolos Koun in the famed production of The Persians, Prometheus Unbound is a complete work that tends toward opera. The performance features students of the National Theater School of Drama and of members of the ERT Symphony Orchestra, conducted by Anastasios Symeonidis.