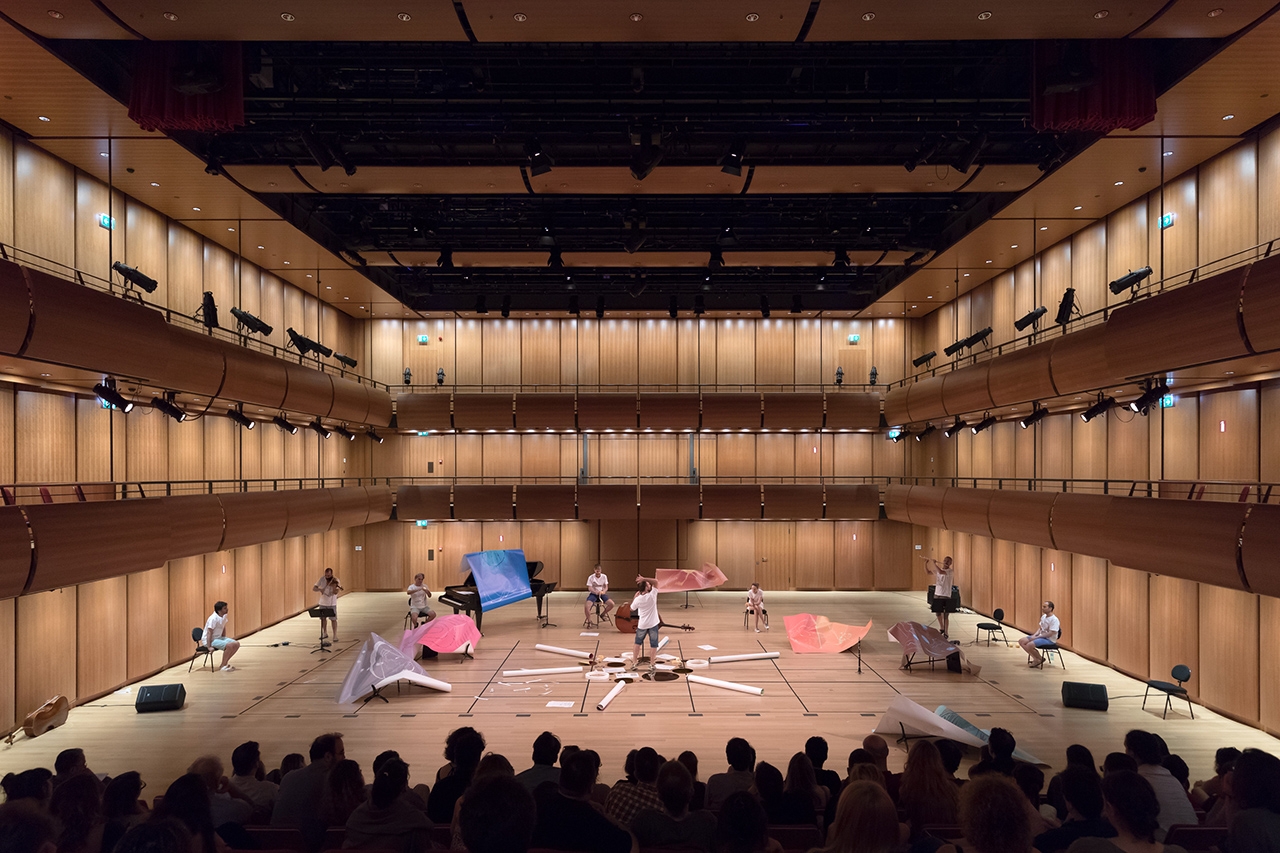 A selection of music theater works by pioneer Anestis Logothetis, a composer of the Greek Diaspora. In his work, Logothetis experiments with various aspects of the music theater language. Especially during the productive 1970s, Logothetis used his own language to explore the expressive limits of music theater. The works by Logothetis selected here are performed by contemporary music ensemble dissonArt, under the direction of Vasilis Noulas who is renowned for his own experimental performances.