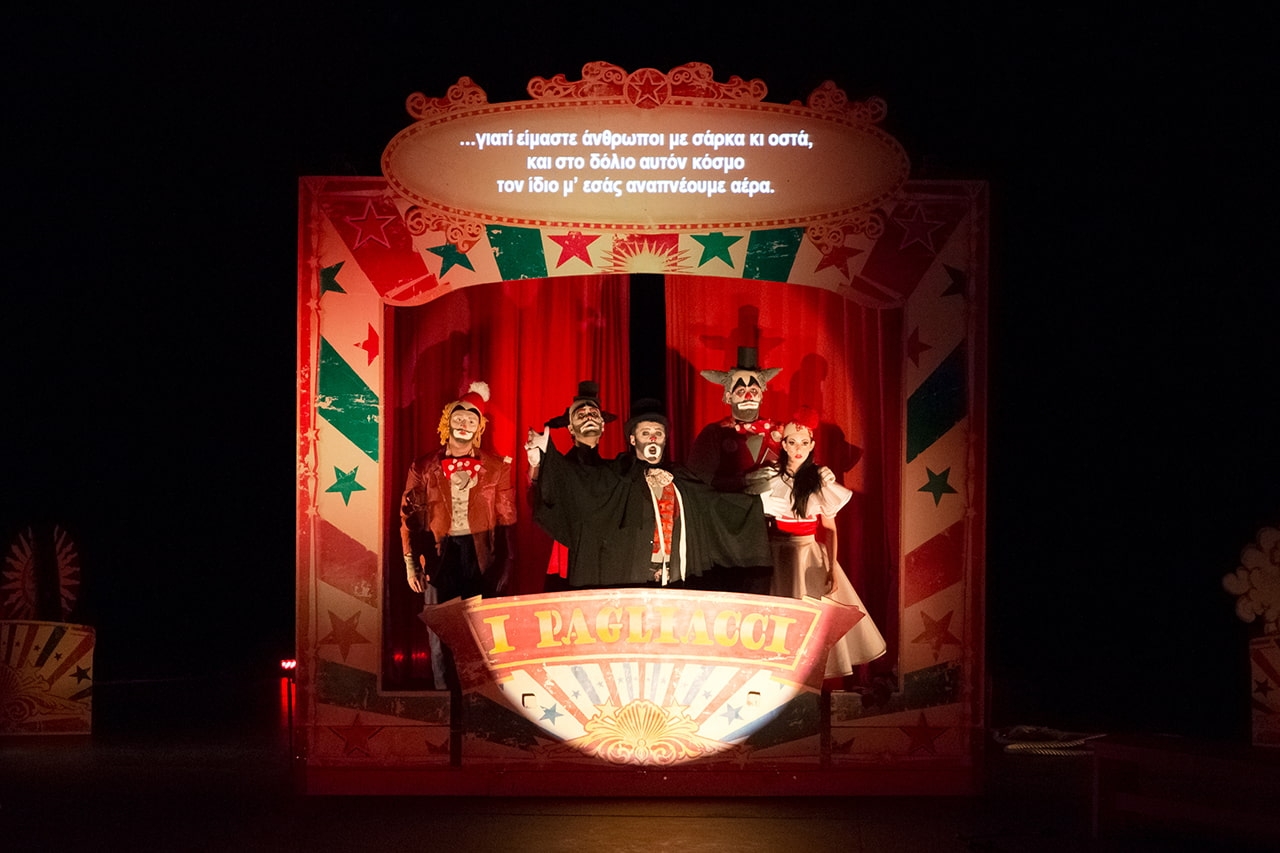 Ruggiero Leoncavallo’s most important opera, is packed in a suitcase – the GNO’s famous institution – and continues its Journey to the Stavros Niarchos Foundation Cultural Center, an exclusive donation by the Stavros Niarchos Foundation. This moving opera will be presented in 13 municipalities of Attica and will be complemented by educational actions jointly organised by the GNO and Future Library with the cooperation of local libraries. The opera – based on a libretto penned by Leoncavallo – deals with the tragic story of the head of a commedia del’ arte touring troupe, Canio, who has to make his audience laugh, although he has just been informed about Colombina’s infidelity, played by his wife, Nedda. “Riddi Pagliaccio”, sings heartbreakingly his aria just before the pretty and spirited Colombina finds herself vis-à-vis his fiery jealousy. The dividing line between fiction and reality begins to fade. Pagliaccio, enraged and betrayed, stabs his unfaithful wife and her lover on stage. Deeply agitated, he exclaims to the audience “La commedia è finita!”… “the show is over!”

Educational program for teenagers "Next stop: Opera!"
A group of teachers and GNO artists will perform on 12.5.16 at 11.00 at the Municipal Library of Acharnon, a two-hour experiential workshop for opera, within the framework of the "Journey to the Stavros Niarchos Foundation Cultural Center (SNFCC)" program. Aiming to introduce teenagers to the art of opera, the workshop is a synergy between the GNO and the Future Library’s network of local libraries. Idea -animation: Christina Avgeridi, Zoe Liberopoulou, Venetia Nassi, Constantina Stranis.