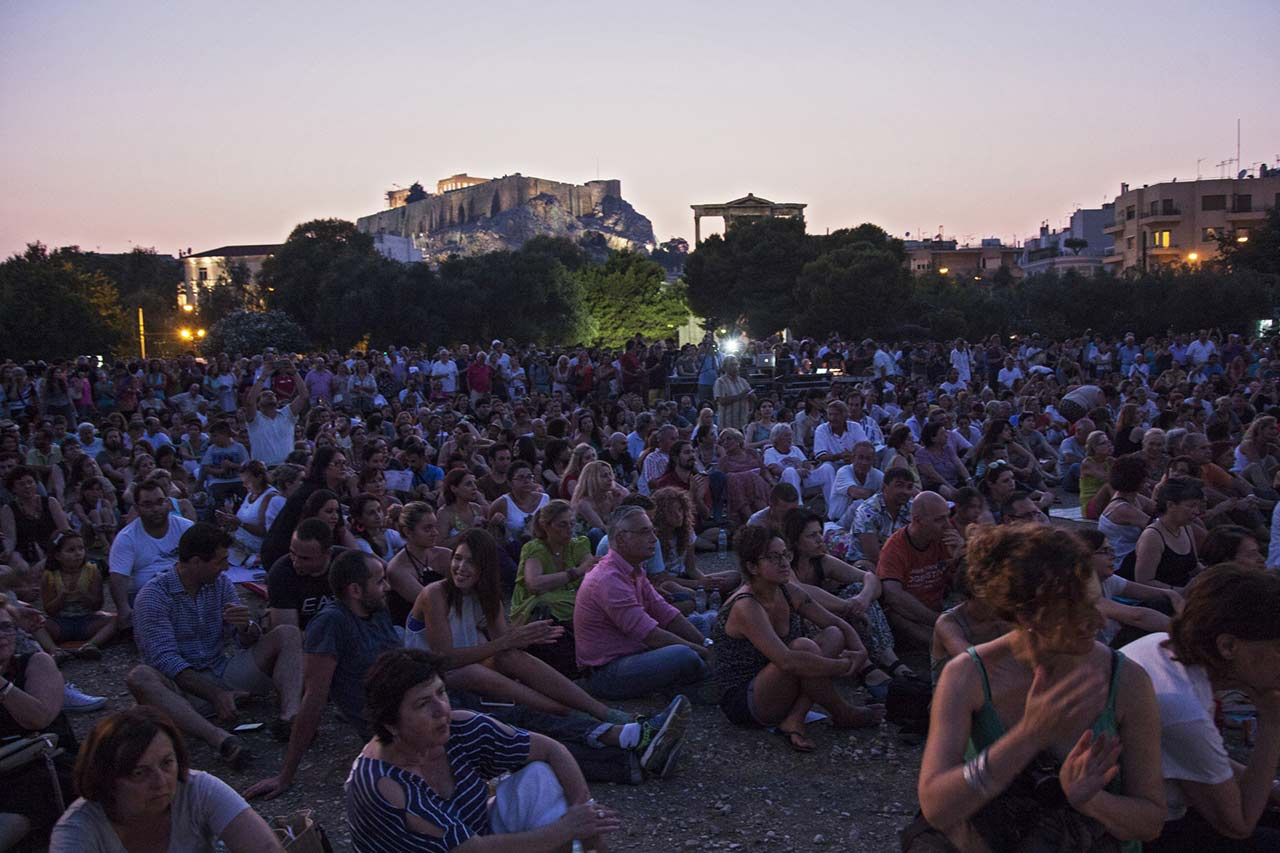 Archaeological site of the Temple of Olympian Zeus
Important change: The distribution of the priority coupons and the entrance
to the archeological site for the concert will be at the Arch of Hadrian's gate,
Amalias avenue due to works being done at Vass. Olgas avenue.
Free entrance for priority coupon holders. Coupons will be distributed at the entrance of the Olympian Temple two hours prior to the starting time of the concert.

The Greek National Opera completes its artistic season of 2014-15 with a large, free admission, concert, on Wednesday, July the 29th. In the majestic archaeological site of the Temple of Olympian Zeus, which is full of symbolism and has as its background the sacred rock of the Acropolis, the Greek National Opera offers to the citizens of Athens and to its visitors a concert with emblematic excerpts from famous operas.

Lyric art has always been able to express timeless issues and has provided answers to eternal questions that have preoccupied man, society and entire nations. In the hard times of the summer of 2015, the Greek National Opera wishes to underline the soothing power of music and art that act as balm.

The GNO aspires to give a breath of optimism in one of the nicest archaeological sites in Athens, the Olympian temple, with excerpts from famous operas such as Nabucco, Il trovatore, Otello, Macbeth, Tosca with the participation of all its artistic forces (orchestra, chorus, soloists).

In the past four years GNO has developed a series of actions under the framework of its policy open to society. The goal is to emphasize the fact that lyric art knows no boundaries and functions without any social or any other kind of exclusions; that it addresses everybody.

Myron Michailidis, the Artistic Director of the GNO, will be conducting the concert. Two of the most eminent soloists of GNO, famous both in Greece and abroad, will participate in the concert: soprano Celia Costea and baritone Dimitris Platanias, along with the younger generation tenor Dimitris Paksoglou.

The concert is being supported by the Ministry of Culture, Education and Religions.