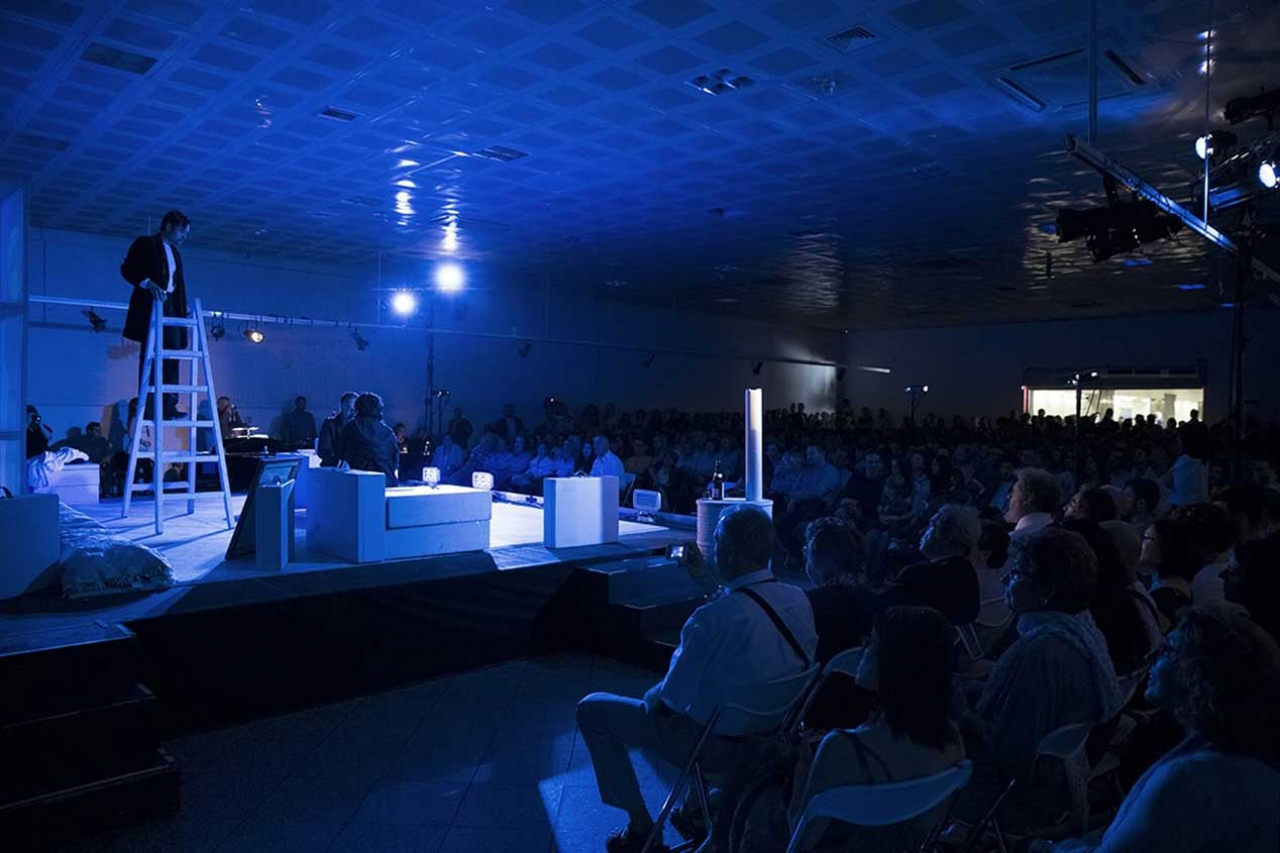 Αdmission is free of charge with priority coupons which will be distributed at the entrance of the Κapodistrian Cultural Centre, one hour before the performance starts

On Wednesday 12 September at 19.30, the Suitcase Opera will tell the tragic tale of the love between the poet Rodolfo and the seamstress Mimi as it unfolds in Giacomo Puccini's legendary opera La bohème, at a very special venue: the Κapodistrian Cultural Centre at Spetses. Flexible, but without discounting on quality, the Suitcase Opera travels to unexpected venues like municipal cultural centres and museums, along with a cast of the GNO's excellent singers, a piano instead of an orchestra and all the sets packed into one suitcase, with the purpose of meeting and charming new audiences.
The production’s director, Isidoros Sideris, notes: The Suitcase Opera presents La bohème in an alternative form, as a versatile and compact performance. Its aim is not to compete with the central stage of the GNO, but, rather, using simple media and the power of the music and our cast, to approach a new audience. In La bohème the intensity of the music is in constant dialogue with the fervent intensity and density of the performance. Humor and suspense are juxtaposed with the wonderful melodrama of the libretto and the music, creating a contemporary and direct show that is within the reach of all audiences.

La Bohème at a glance / The composer
Giacomo Puccini was born in Lucca, Tuscany, on 22 December 1858. He remains to this day one of the most renowned composers of Italian opera, as his works are regularly throughout the world. His musical style was already clearly developed by his third opera, Manon Lesacaut (1893), while his next three compositions, La bohème (1896), Tosca (1900) and Madama Butterfly (1904), firmly established Puccini as Verdi’s true heir. The beautiful melodies and intense theatricality that define his operas successfully met the demands of their time. His last opera, Turandot (1926), remained incomplete due to his death in 1924.