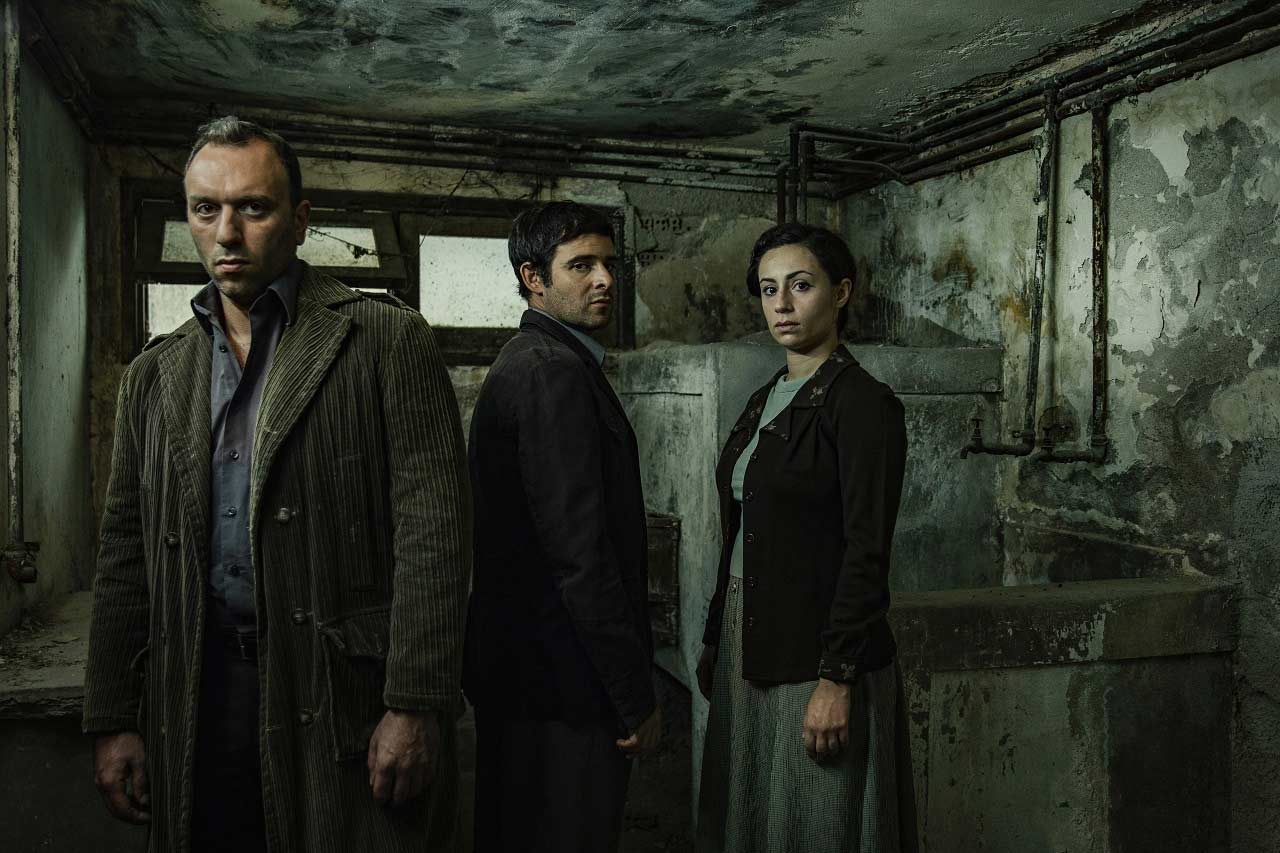 Τhe famous opera Weisse Rose (1986) by the great German composer Udo Zimmermann receives its first national premiere at the GNO Alternative Stage, conducted by Nicolas Vassiliou and directed by Themelis Glynatsis, one of the most outstanding directors of his generation.

At the heart of the performance lies the solitude of the two characters, which does not allow the audience to decide whether they really coexist in the same vast space, or whether they communicate in another, more mystical way. Solitude, which imposes a second reality between memory and religious vision, leads to the need for redemption, and at the same time, to political aggression.
Themelis Glynatsis

“We will not remain silent, we are your bad conscience, the White Rose will not leave you in peace…” These are the closing words of the fourth manifesto of the anti-nazi student group named “The White Rose” (Die Weisse Rose), formed at the University of Munich. This particular manifesto was the cause for the arrest of the group’s leaders, Hans Scholl and his sister Sophie. After a long-hour interrogation by Gestapo, the siblings were executed by guillotine on 22 February 1943.

This is the historical framework surrounding Udo Zimmermann’s opera Die Weisse Rose, whose first version was written in 1967. However, the composer reworked his material in 1986. In the new version, titled Weisse Rose, the action is no longer linear, and the characters are limited to the two Scholl siblings. Centered around the wait before their execution, Zimmermann creates a musical theatre work, where historical re-enactment gives its place to a heart-wrenching, deeply personal exploration of morality, death and political responsibility.

The play’s core is an “architectural” dramaturgy, during which, the stage becomes the construction site of a detention cell, and at the same time, the place where the prison is demolished through the near-death, a poetic reverie of the two characters. In the end, a new, hidden landscape of emotion, freedom, and disobedience is revealed.