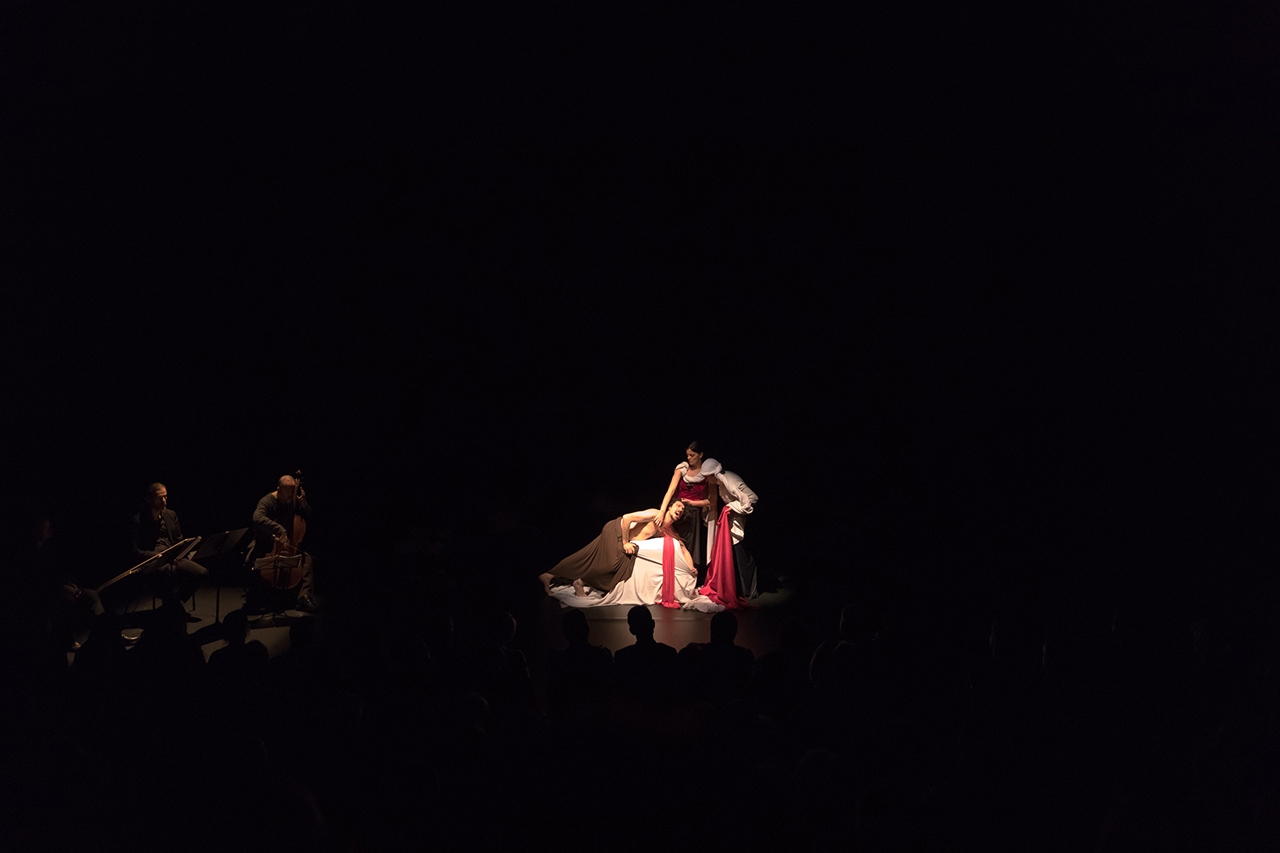 In the spring of 1606 Caravaggio, a wanted man, left Rome and wandered between Naples, Sicily and Malta. A few years later having returned to Naples after creating a remarkable following among students and imitators, he was murdered. Playing with shadow and light, Teatri 35 accompanied by an ensemble who will perform live baroque music, take a look at the tragic end of the ‘cursed’ painter through the art of tableaux vivants. The tableaux vivants are accompanied by an ensemble featuring some of Greece’s leading baroque musicians, Dimitris Karakantas (violin), Theodoros Kitsos (strings), Dimos Goudaroulis (cello).