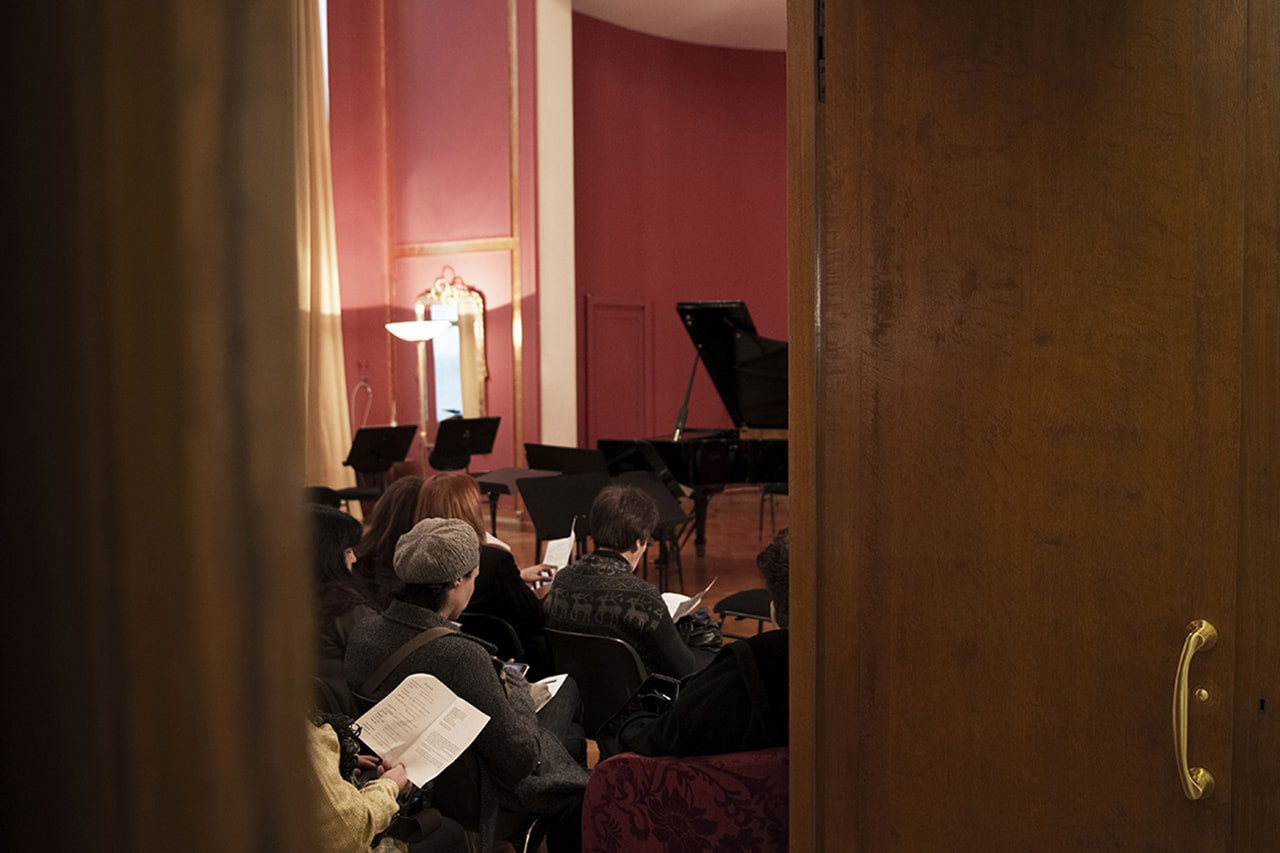 Free Entry with coupon, available on a first-come-first-served basis from the Olympia Theatre box office one hour before doors open.

In hosting two special concerts in the foyer of the Olympia Theatre the Greek National Opera is participating in a diverse series of events organised by the Ministry of Culture & Sport on ‘Persecution: New and old tales of violence and tolerance’ as part of the European Heritage Days programme.

The concert on ‘Violence, tolerance and mercy in opera’ will be held at 11:00 and again at 13:00 in the foyer of the Olympia Theatre on Sunday, 25 September.

Opera is packed with bloody and redemptive tales of violence and tolerance, persecution, repression and forgiveness, both on a personal and an epic scale. These themes have been consistently popular down through the ages from some of the earliest operas, such as Monteverdi’s Coronation of Poppea. They were all the rage at the time of the French Revolution, in operas such as Beethoven’s Fidelio and remained popular throughout the 19th century, the age of the great nation states, in the works of composers such as Giuseppe Verdi, an artist who was deeply involved in the political life of his homeland and expressed his views through his music. In fact, in works such as Macbeth and Aida, Verdi counterpoises personal drama or the main character’s tragedy against an entire people.

The Greek National Opera soloists Sofia Kyanidou (soprano), Dimitris Paksoglou (tenor) and Tassos Apostolou (bass) will perform popular excerpts from Italian, French and German operas showcasing the tremendous variety of treatments of these themes. Works performed will also include Markos Botsaris, by the Zakynthian composer Pavlos Carrer: a brilliant example of the Ionian operatic style in a work inspired by the Greek Revolution.