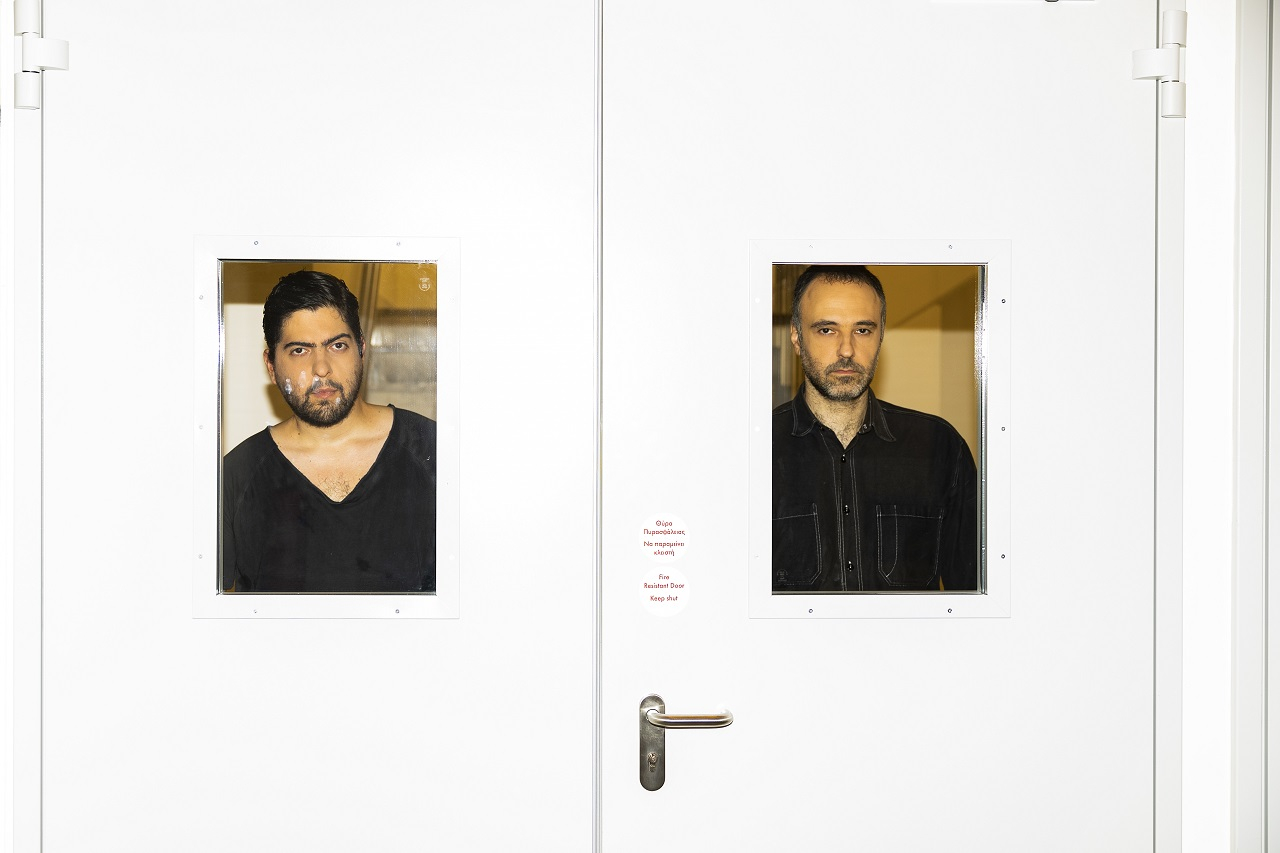 Libretto:
Yannis Filias, Kharálampos Goyós
(based on the memory of the TV series Candy Candy and the writings of Slavoj Žižek)

A co-production with the music theatre company “The Beggars’ Operas”

— How did you sleep?
— Well. I dreamt that I was Van Gogh.
— I didn’t sleep a wink. I was thinking of Anthony.

The latest work by Kharálampos Goyós (with a libretto by Yannis Filias) to arrive at the GNO, staged by the talented Dimitris Karantzas in his first collaboration with the Alternative Stage, is an outrageous, iconoclastic “opera of the absurd” dedicated to all boys ashamed to admit that they cried while watching Candy Candy; a weird, psychoanalytically-inspired “infernal machine” in which the legacy of the aforementioned Japanese anime TV series provocatively meets the thought of the notorious Slovenian philosopher Slavoj Žižek, occasioned by the memory of a fall that traumatised an entire generation.

Two men, stuck in a clearing out of Dante or Heidegger, smugly indulge in the pleasures of speech and are faced with trauma, fantasy, the death drive, repetition compulsion, their fear of woman and their omnipresent narcissism – with intermediate stops at the Epistles of St Paul, the Seminars of Jacques Lacan and the hit songs by Ruslana and Eleni Dimou. Their obsessional, unstoppable discourse is shot through with insistent questions: Does Woman exist, or not? Why is “fox” written with a lowercase initial in Greek, though with an uppercase initial in German? And most of all: Why did we cry so hard when Anthony, Candy’s blond boyfriend, fell from his horse at the end of that fatal, twenty-fourth episode in the mid-’80s?

Anthony’s Death, a conceptual chamber opera in the tradition of the Verdian “opera of intentions” (as well as, at the same time, an oblique satire of the fake fashion for the neo-baroque), sets out to articulate the insecurities and anxieties of a generation raised on VHS, Dynasty and Chernobyl, and eternally confronted with the spectre of an impending (financial, ecological, geopolitical, health-related…) catastrophe that haunts our dreams – until the inevitable, self-destructive finale: “We have all fantasised our own funerals”.