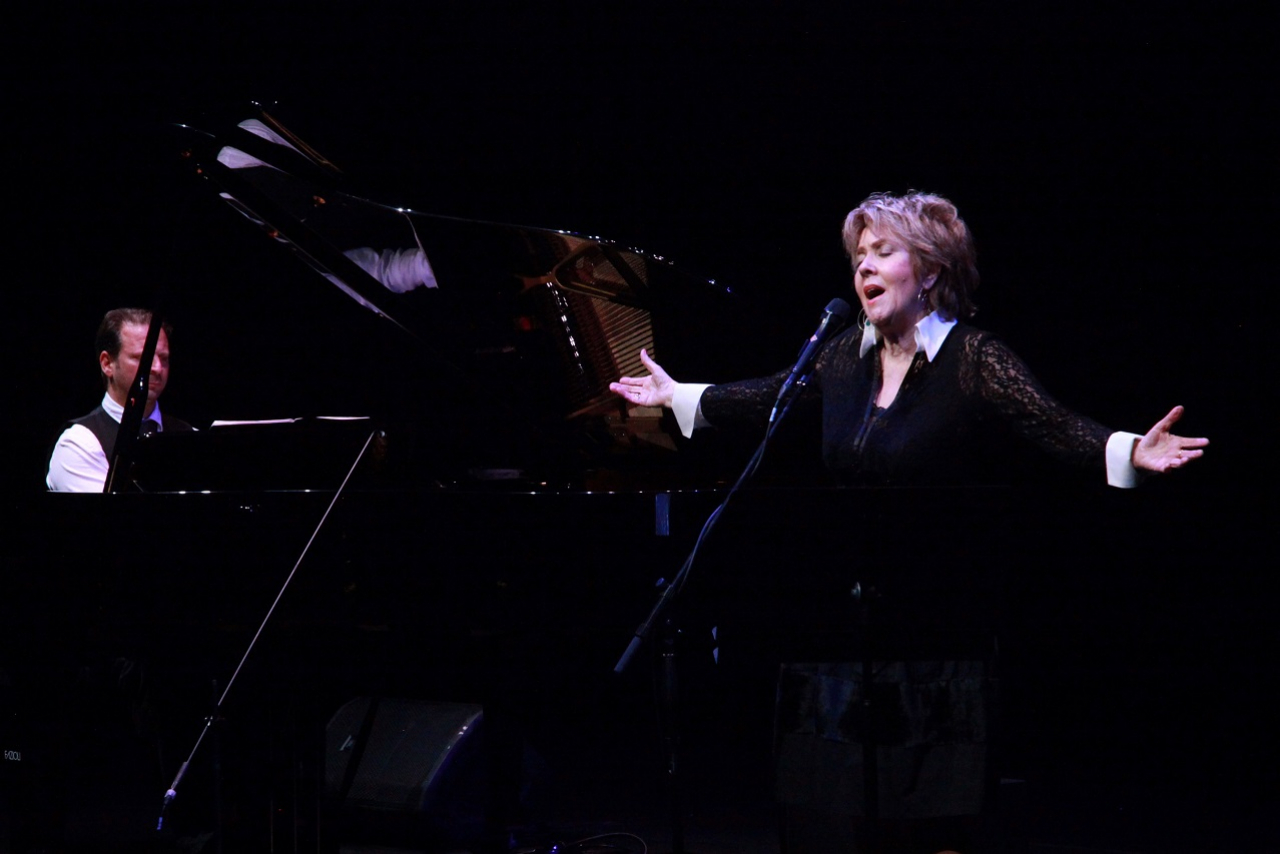 Those Who Left but Are Still Here

The legendary singer Yovanna, who stamped her mark on the Greek light song scene is coming back to the Alternative Stage with a programme dedicated to the ever-present great Greek singers, who still remain with us though they have passed away. Yovanna’s unique recital will be given on the GNO Alternative Stage at the Stavros Niarchos Foundation Cultural Center on Sunday 27 March 2022 at 19:30. Christos Koumousis will be accompanying her on the piano.

On the evening titled Those Who Left But Are Still Here the multifaceted artist comes back to the repertoire that established her across the world as a performer of singular charismas, bringing out of her rich archive songs by leading Greek composers, pieced together into a recital that serves as a tribute to those creators who persistently influence our cultural present, despite being physically absent.

Few figures have left such a distinct mark on the live cultural output of the postwar years as Yovanna. A graduate of the Athens Conservatoire and an awarded soloist, she quickly crossed over to the flourishing field of the Greek light song and worked together with almost all of the important composers who served this genre in the 60s and 70s, carving out an international career that covers the wider field of artistic creation.

Apart from being a singing legend, Yovanna is also a multitalented and deeply cultured artist, with a remarkable parallel career as an award-winning poetess and author. She was the first singer to appear on Greek television in 1966, but also the first to participate in the Eurovision contest in 1965, representing Switzerland with the song “Non, à jamais sans toi”. She collaborated with leading Greek composers, performing legendary songs for the first time, such as Mikis Theodorakis’ “An thymithis st’ oniro mou”. She enjoyed a great career in the former Soviet Union, with sales of millions of records, and gave over 150 concerts. A student of the great poet Yannis Ritsos, she has published to this date twenty-two works: six poetry collections, twelve novels, and two plays.

About the programme Those Who Left But Are Still Here on the GNO Alternative Stage, Yovanna notes: “An evening with those who left but are still here. Those who are in our souls, in our need to quiet down and heal ourselves, in our desire to fly away with love, joy, hope, and sorrow – why not? –  to our dreamland. Mikis, Spanos, Mentis, Loizos, Tokas, Kougioumtzis, Ignatiadis, Vardis, Mikroutsikos, Kostas Kapnisis, Manos and many more… Life goes by. We go by. But they and their Heaven are and will aways be here, with us.”

The concert “THOSE WHO LEFT BUT ARE STILL HERE” is part of the GNO Alternative Stage’s strand of programming titled “SUNDAY MORNINGS” which falls under the Act “FESTIVAL EVENTS OF THE GNO ALTERNATIVE STAGE”(MIS 5004053), code   2017ΕΠΑ08510107 (Axis 06 of the O.P.  “ATTICA”), and is co-financed by the European Regional Development Fund (ERDF) and National Funds.