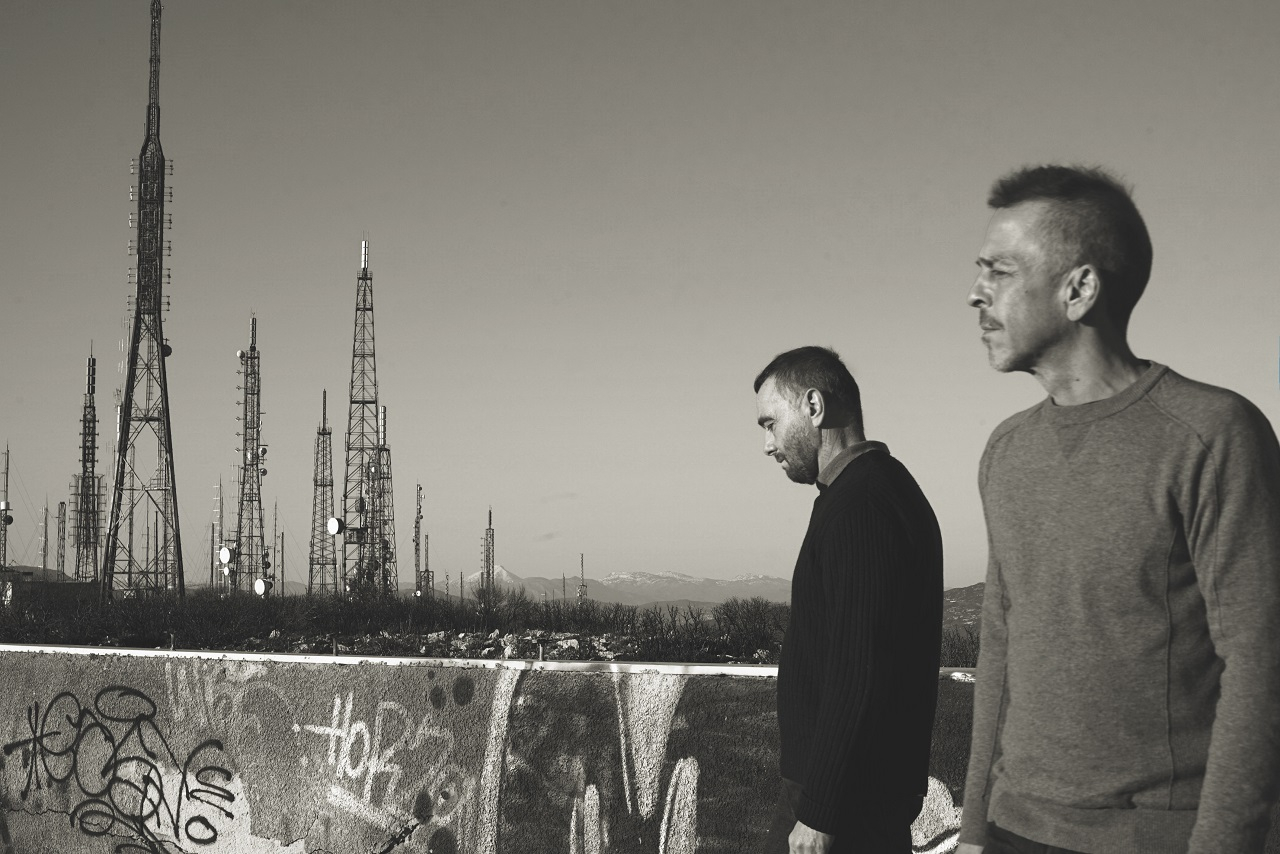 Two years after their successful collaboration on O Kosmos Ine Enas (The World Is One), a work based on the oeuvre of poet Yannis Ritsos, K.Bhta and Nikos Patrelakis return to the Greek National Opera Alternative Stage with the premiere of their new work Neapoly. A novel audiovisual venture with new, jointly created electronic music and original videos, an exploration and experimentation journey into electronica and its innumerable sounds and forms. Neapoly will be presented for four unique concerts on the GNO Alternative Stage at the Stavros Niarchos Foundation Cultural Center (SNFCC) on 17, 18, 19 and 20 March 2022.

Neapoly, a “new city”, a new meeting point, is the result of two years of experimentation, recordings, and filming for a common dream of two musical fellow- travellers: to share their mutual love for electronic music. The videos accompanying the performance are a poetic wandering across Greece, an exciting road movie running through this country’s nature and cities, charting its mountains, the sky and the sea, its people and their everyday life.

In Neapoly, K.Bhta and Nikos Patrelakis explore electronic music starting from its roots, both as form and as style. The minimalistic repetition of arpeggiators, the design of the artificial timbres from the very beginning, as well as the use of analogue sources and processors form the base of Neapoly’s sonic reality. At the same time, the creators turn their gaze to the 70s and 80s, seeking the original musical and aesthetical references of electronica.

K.Bhta notes about Neapoly: “In the spring of 2020, during the early, hard days of the pandemic, Nikko and I used to speak on the phone and, in one of our talks, we hit on the idea of experimenting with some electronic music pieces in order to present them at some point in an online concert. Nikko was locked down in Epidaurus whereas I was in a village outside Corinth. Both of us had laptops and small synthesizers with us; thus, we started writing to each other and creating drafts while Nikko, at the same time, began shooting video material and editing the first images. We worked on the material for about two years and, in the summer of 2021, we started on the final phase of the production in Nikko’s studio, a process which lasted until the end of the year. I was working on the painting of the foxes during the same period and, when I showed it to Nikko, we agreed straight away that this should be the representative artwork for Neapoly; two animals in the wrong whereabouts, like the two of us, creating electronic sounds amid nature. We named our new project Neapoly after the Greek words for “new city”; it would represent a new space for us, a mutual trek of exploration and experimentation with electronica, its minimalist forms and repetitive sequences, aspects of a world made out of concrete that is trying to prove its strength and presence in nature”.

The work’s premiere on the Greek Alternative Stage will be accompanied by impressive videos especially created by Nikos Patrelakis for Neapoly from June 2022 to this date. “In order to shoot material for the videos, we travelled to the Peloponnese, Central Greece, Aetolia-Acarnania, Epirus and West Macedonia; part of the filming took place in landscapes void of tourists at the beginning of the summer of 2020. Forests and horizons, suns and urban structures in expressionist interplay with digital organic backdrops and microcosms that embrace the trees, sprawl across the seas and take place under the same skies, alongside the music. We did all the Western and Northern Greece filming based in Ioannina. The Peloponnese shooting was done with my beloved Epidaurus as a base. The urban shots were filmed in our Athens neighbourhoods”.

The concert “NEAPOLY” is part of the GNO Alternative Stage’s strand of programming titled “MUSIC THEATRE DAYS” which falls under the Act “FESTIVAL EVENTS OF THE GNO ALTERNATIVE STAGE” (MIS 5004053), code 2017ΕΠΑ08510107 (Axis 06 of the O.P. “ATTICA”), and is co-financed by the European Regional Development Fund (ERDF) and National Funds.