With the support of the Austrian Embassy in Athens

The GNO Alternative Stage participates in the commemoration of the centenary of the birth of the pioneering composer of contemporary music Anestis Logothetis with a special concert dedicated to his oeuvre. The concert will be held on the Alternative Stage of the GNO at the SNFCC on Wednesday 8 December 2021, at 20.30, in collaboration with the Faculty of Music Studies of the National and Kapodistrian University of Athens, whose symposium in memory of the composer forms the apex of the centenary celebrations.

In the first part of the concert, distinguished pianist Christos Marantos will present a fascinating programme of Anestis Logothetis’ piano works. In the second part, the electroacoustic duo Rdeča Raketa (formed by composers Maja Osojnik & Matija Schellander), author Natascha Gangl, and virtual artist Nikolaos Zachariadis will present Einsame Ameisen Amnesie, an audio comics loosely based on a series of sketches featuring insects created by Anestis Logothetis between 1971 and 1975. On the occasion of the centenary of his birth, these sketches are presented to the audience for the first time and are a starting point for a new audiovisual composition.

During the concert, the GNO foyer will be hosting the installation Orpheus oder das Lachen der Götter (Orpheus or The Laughter of Gods) by the composer’s daughter, visual artist Julia Logothetis.

Anestis Logothetis’ work (1921-1994) redefined the landscape of the post-war European musical avant-garde, synthesising in its unique way a series of concerns and preoccupations of that productive era: the border between determination and contingency in musical composition, the renegotiation of the roles of composer, performer and listener in the production process of the musical work, the limits of traditional methods of notating music and the new possibilities of sound creation afforded by the technologically novel domain of computer-assisted composition.

His graphic scores, developed at the end of the 1950s, radically expanded the traditional framework of musical notation, in fertile dialogue with analogous innovations by composers such as Earle Brown, Sylvano Bussotti and John Cage. Additionally, they spurred the field of musical notation beyond the mere registration of performing instructions, opening it up to unexpected dimensions, such as conceptual symbolisation, free association and even purely aesthetic qualities – several of Logothetis’ scores ended up exhibited in galleries as autonomous objects. Furthermore, the purely acoustic dramaturgy he systematically cultivated in his numerous radio works broadened the concept of music theatre towards new, technologically informed directions.

The concert’s two-part programme charts the critical period of the composer’s transition from traditional methods of registering music to his novel graphical notation, culminating with his pioneering electroacoustic work.

PART II: The electroacoustic duo Rdeča Raketa, author Natascha Gangl and visual artist Nikolaos Zachariadis present the audio comics Einsame Ameisen Amnesie, which also had its world premiere at the Wien Modern Festival in 2021 and which is based on a series of drafts of graphic scores based on the central motif of ants, created by Anestis Logothetis between 1971-1975. Here, the composer’s known associative language games are activated by names of ants and lepidoptera, as well as by references to biology, cybernetics and Greek mythology, carrying the audience away into a world of explosive sonic imagination. The aesthetic values manifested in these drafts seek interpretation and further development, in a spirit of delightful experimentation and timeless creative transformation. Logothetis’ graphic scores are also the basis for the visual and atmospheric content of the presentation, acquiring thus an abstract, independent form. 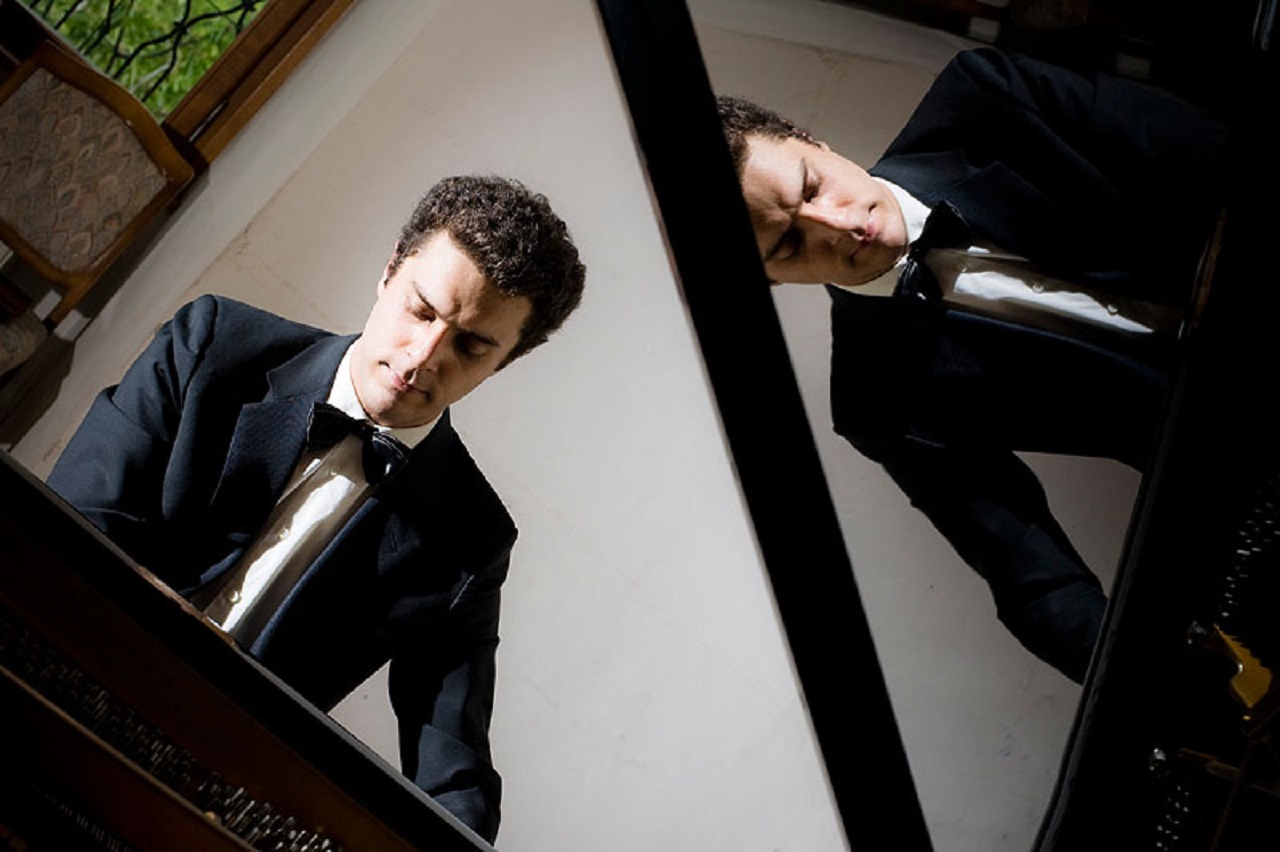 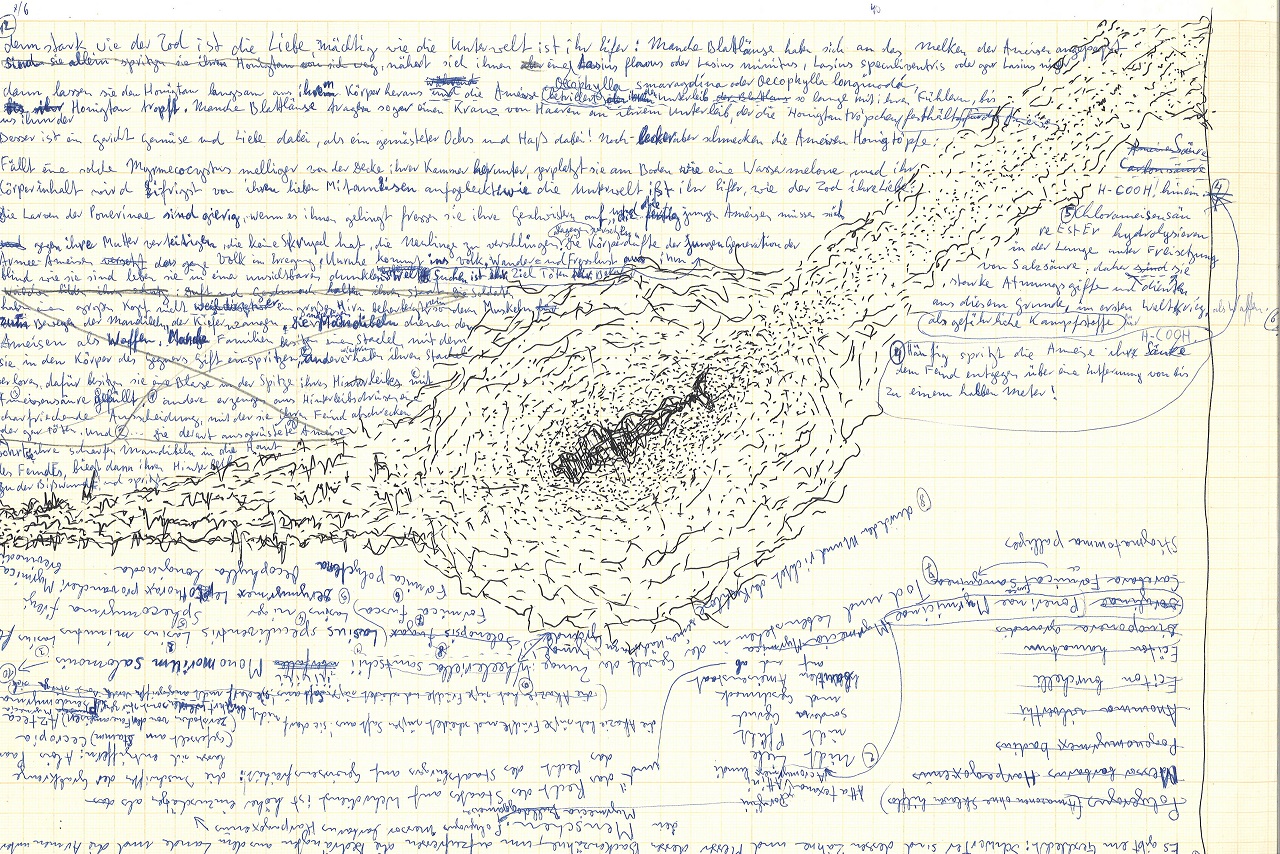 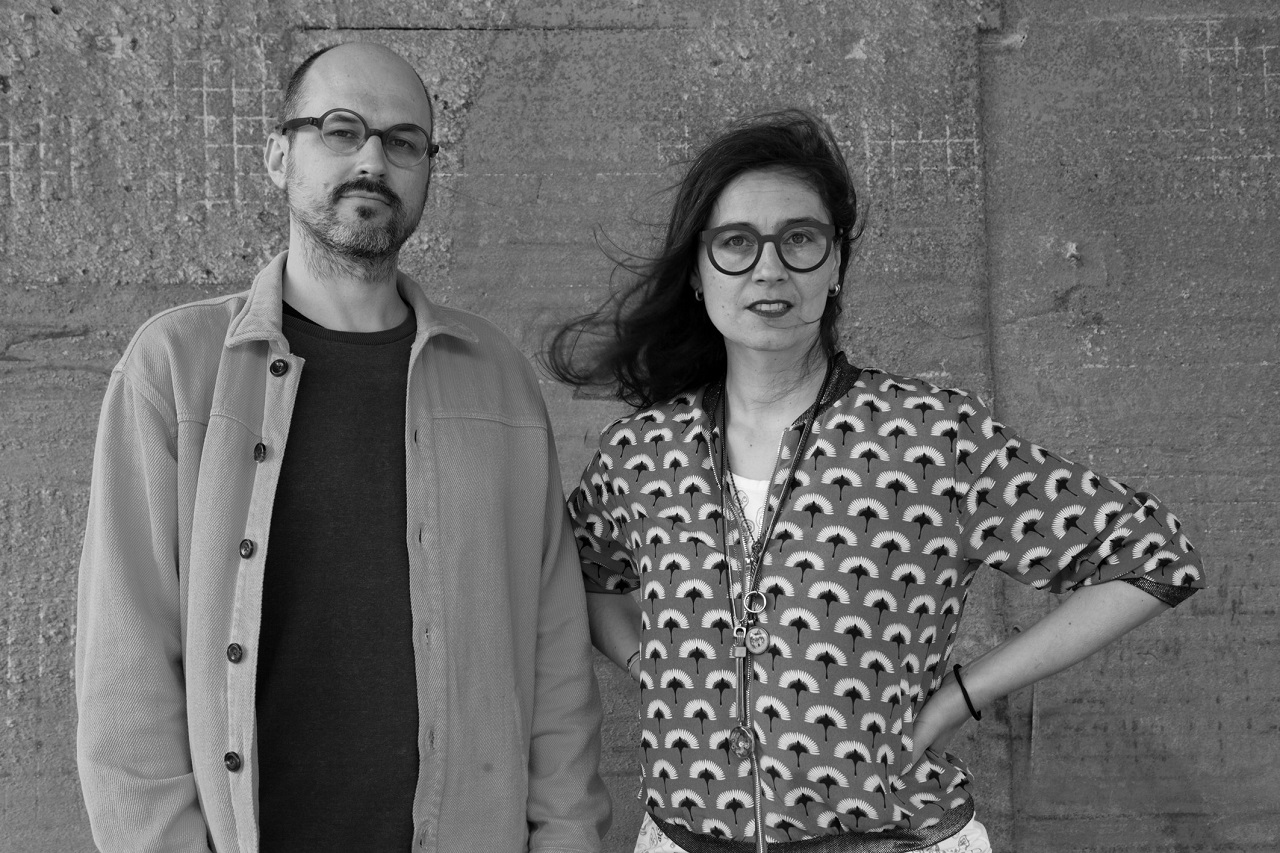 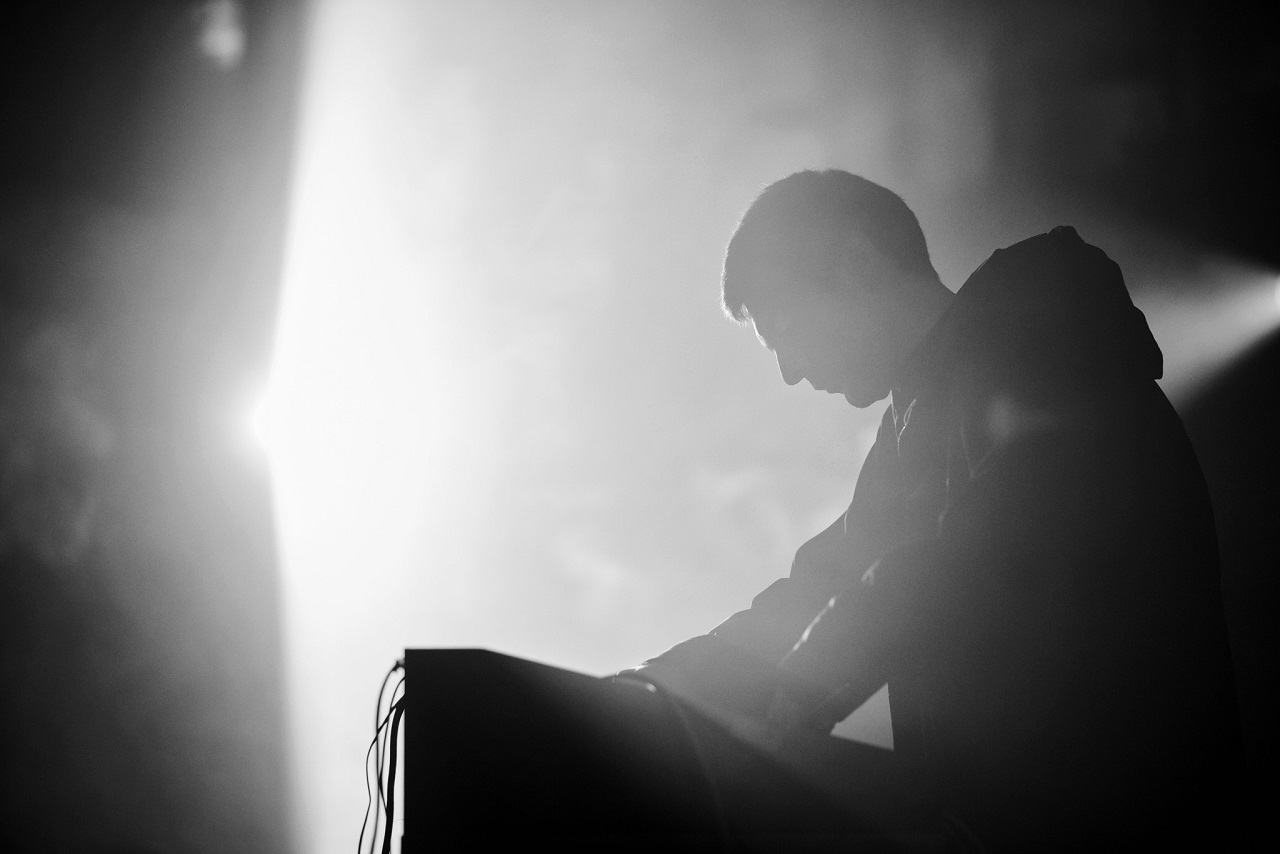 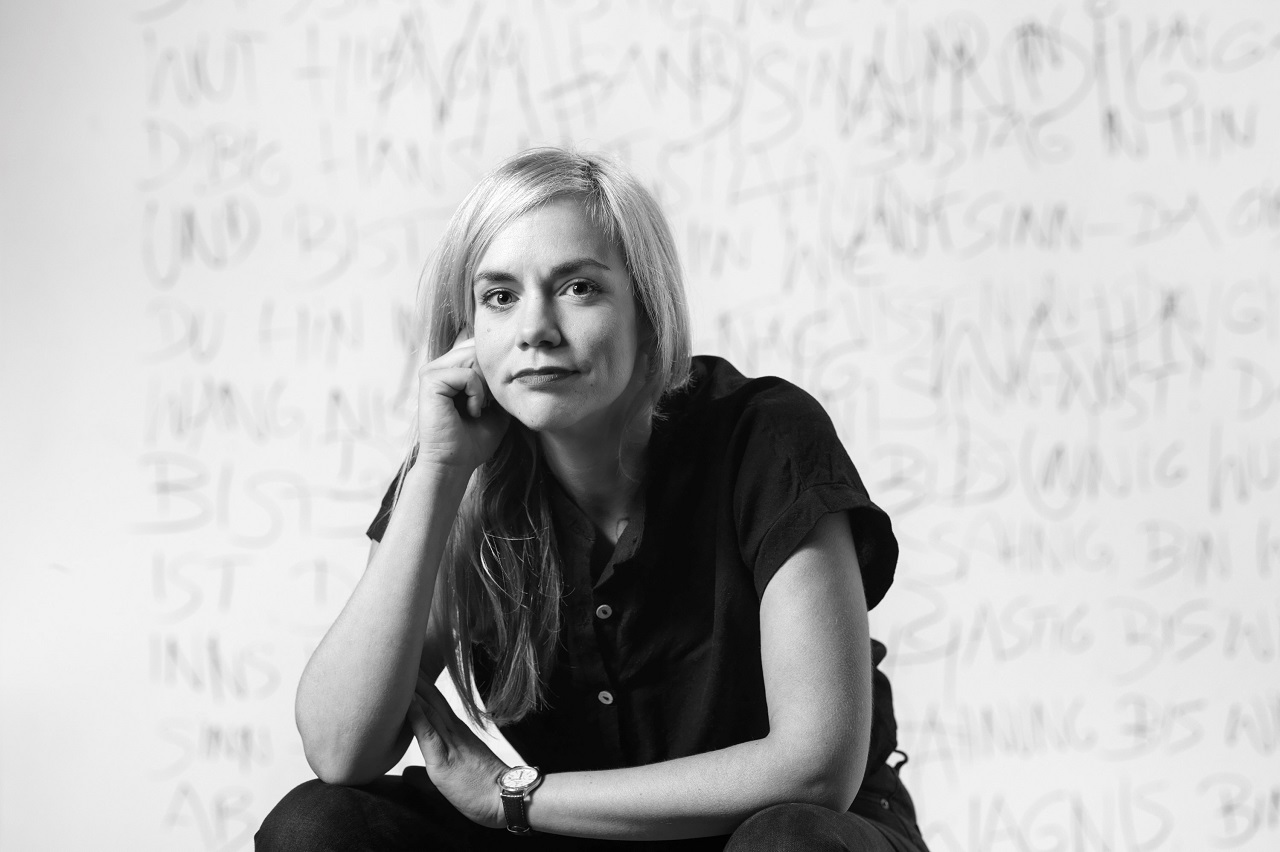