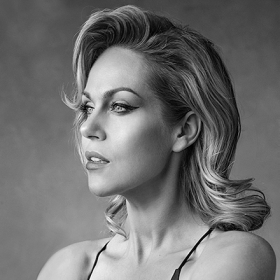 Latvian soprano, she is considered one of the most sought-after sopranos internationally, while she has sung Puccini title roles to widespread acclaim worldwide. She has been a soloist of the National Opera of Latvia (Riga, 2003-07), where she interpreted leading roles in operas by Leoncavallo, Mozart, Puccini, Tchaikovsky and Verdi, and was honoured with numerous awards. She won international acclaim in 2006, when she first appeared at the Berlin State Opera as Tosca. Since then she has been singing under leading conductors and directors in such prestigious theatres as the Met- ropolitan Opera in New York, Vienna State Opera, Deutsche Oper Berlin, Bavarian State Opera, La Scala in Milan, Zurich Opera and Royal Opera House (Covent Garden, London). Her complete opera interpretations have been recorded on CDs/DVDs. She has sung to great acclaim the role of Cio- Cio-San in numerous theatres. This is her second collaboration with the Greek National Opera, as in 2007 she sang the role of Tosca at the Olympia Theatre receiving huge applause.