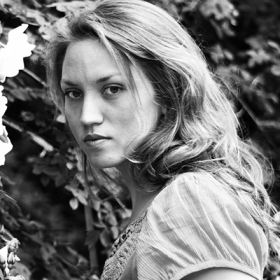 Greek mezzo-soprano, she was born in Heraklion, Crete, into a family of musicians. She obtained her singing diploma under Sonia Theodoridou and continued with postgraduate studies at the Leopold Mozart Centre for Music and Music Education at the University of Augsburg, Germany. She attended lessons and seminars with Agnes Habereder-Kottler, Rudi Spring, Frieder Bernius, Karl-Peter Kammerlander, Graham Johnson, Robert White, Anne Murray, Loh Siew Tuan, Christina Giannakopoulou and Christophoros Stamboglis. She has starred in such productions of the Theater of Augsburg as Mike Svoboda’s Erwin, das Naturtalent, Meeting Dido and Divertimen- to4amadeus. She has been collaborating with the GNO since 2013 in such productions as Macbeth, Il barbiere di Siviglia (“Interactive Opera for Primary Schools”), Carmen (“The Suitcase Opera”), Carmencitas, Madama Butterfly, The Godson, Carmen, Manon, Ζ, The Bacchae and ORFEAS 2021. During 2019/20 she sang in Oedipus: Sex with mum was blinding (Sfendoni Theatre) and The Shell Game (Apo Michanis Theatre). She has worked with leading directors and conductors. Moreover, she teaches singing in her hometown.