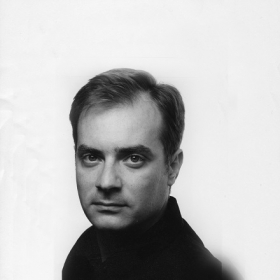 Greek bass, he was born in Piraeus. He studied at the Athens Conservatory and at the National Conservatory, Athens, under Despina Kalafati and graduated from the Acting Workshop of Spyros A. Evangelatos’ Amphi-Theatre. He studied in Munich under baritone (Kammersänger) Josef Metternich and at the Opera School of the University of Music, Munich. He has collaborated with the Athens and Thessaloniki Concert Halls, the Athens Chamber Opera, as well as with the Symphony Orchestra of Athens Municipality, the Symphony Orchestra of Hellenic Broadcasting Corporation and the Greek Composers’ Union. Moreover, he has participated in concerts in Greece and abroad. At the Greek National Opera he has sung in such operas and operettas as Aufstieg und Fall der Stadt Mahagonny, Ariadne auf Naxos, The Possessed, Andrea Chénier, The bear by William Walton and Die lustige Witwe as well as in productions such as Seven miniatures, Remember those years…! He has also worked with the Children’s Stage of the Greek National Opera in productions like Il barbiere di Siviglia, Die Zauberflöte and Hänsel und Gretel.