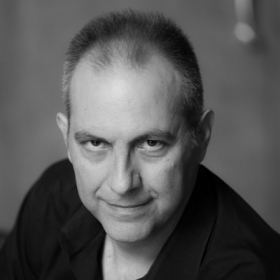 Greek baritone, he was born in Piraeus. He had his first contact with classical music as a member of the Saint Efthymios Children’s Chorus, Athens, under Dimitris Kanaris. While studying at the Physics Department of the National and Kapodistrian University of Athens, he began studying voice under Vassilis Giannoulakos. From 2005 and thereafter he continues his studies under Despina Kalafatis. He was a founding member of Fons Musicalis Chorus, as well as a member of the Greek National Opera and Hellenic Broadcasting Corporation Choruses. As a soloist he has appeared in concerts, operas and some years ago in productions of the Experimental Stage of the Greek National Opera. He has sung contemporary and baroque music as a member of Lyrae Cantus and Emmelia ensembles. Moreover, at the Greek National Opera he has sung roles is such productions as Un ballo in maschera, Die lustige Witwe, Tosca, The murderess, Věc Makropulos, Jenůfa and Z (Alternative Stage).