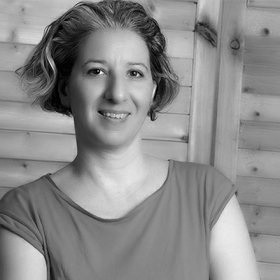 Director, video artist and animator. She has created short films, music videos, animation for television, film and advertising, as well as visual material for theatrical performances and 3D art installations. She manages the creative studio Lokey, which is active in Greece and abroad. She is a member of the Medea Electronique artistic collective. Her work has been awarded with two Greek Graphic Design and Illustration Awards. Klou Escapes, her short film made it to the finals of the Syndey Opera House competition (2011). In 2015, the commissioned animation film Stretching the Boundaries was screened as part of the Opening Ceremony of the 8th ASEAN Para Games in Singapore. Her films have been noted in international animation festivals such as the Annecy International Animation Film Festival, the Ottawa International Animation Festival, KLIK (Netherlands), BIAF (South Korea), Animasyros (Syros, Greece), among others.