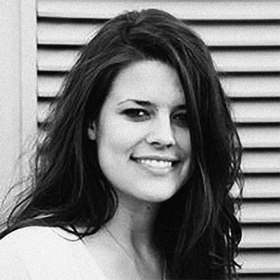 Born in Munich, she studied stage and costume design, film and exhibition architecture with Herbert Kapplmüller and Henrik Ahr at the Mozarteum University in Salzburg. She gained practical experience in the field of pro- duction design while studying at the Wimbledon College of Arts in London and at the Salzburg Festival. Her work includes opera productions such as Le nozze di Figaro and Don Quixote as well as film projects such as the two short films Awakening and The Feast. In addition, she created the exhibition architecture for Anouk Wipprecht’s TECHNOSENSUAL – Where Fashion Meets Technology in the Museumsquartier in Vienna. As a set designer she works among others with Amélie Niermeyer, in such productions as Rusalka (Theater an der Wien) and Leonore (Vienna State Opera).