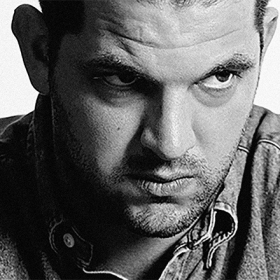 Australian-American film and music video director and photographer. Born in Chicago and raised in Australia, he is now based in Los Angeles. Elder- kin has directed videos for musical artists such as Kanye West, Kendrick Lamar, Frank Ocean, John Legend and Foals and has created campaigns for Bud Light and Nike. Moreover, his work has appeared in many platforms including advertising, magazine editorials and covers, artist branding, music videos, books, album covers and photojournalism. His initial experience with photography was through photo shoots of the surfing scene in Australia. In early 1990s, Elderkin returned to the United States where he studied photography and shot music bands, concerts and Chicago-based Djs. He has written and directed the award-winning feature documentary Bouncing Cats about the use of dance to empower youth in war-torn Uganda. He also directed the hugely successful star-studded Beats by Dr Dre “The Game Before the Game” spot for the World Cup 2014.