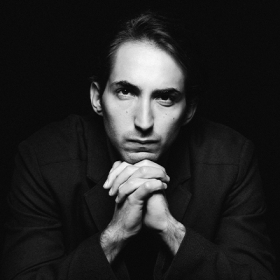 General music director of the Theater Bremen, a position he began at the outset of the 2017/18 season with a critically acclaimed new production of Shostakovich’s Lady Macbeth of the Mtsensk District, followed among others by a new production of Die Fledermaus, Die tote Stadt, L’Étoile and Der Rosenkavalier, as well as a revival of Carmen. Last season he made his debut at the Deutsche Oper Berlin with Tosca and, after his successful debut at the Bayerische Staatsoper, he returned in 2021 with Wolf-Ferrari’s Il segre- to di Susanna and Lehár’s Schön ist die Welt. He has conducted concerts at Göteborg Opera and as a guest conductor he has worked with leading symphony orchestras worldwide. Moreover, he is the recipient of various prizes and awards. Gamzou was born to an artistic family and grew up in New York, London and Tel Aviv. He had the honour of being Carlo Maria Giulini’s final student.