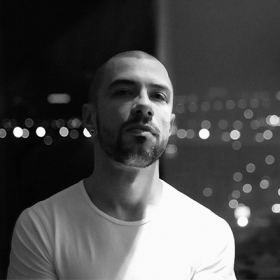 Marko Nikodijević was born in Subotica, Serbia. Following his education in the Serbian capital, he undertook advanced training in composition at the Academy of Music and the Performing Arts in Stuttgart. His compositional production has won prizes and awards (International Young Composers Meeting in Apeldoorn, Gaudeamus Music Week in Amsterdam, 3rd Bran- denburg Biennale and UNESCO Rostrum of Composers). He resided in Paris (2012-2013) as a scholarship holder at the Cité internationale des Arts. In 2013 he received one of the three composition furtherance prizes of the Ernst von Siemens Music Foundation and in 2014 he was awarded the Deutscher Musikautorenpreis (German Composers’ Prize) in the category Promotion of New Talent. Deeply and lastingly influenced by techno, Marko Nikodijević’s music is characterised by seemingly contradictory pairs of terms: computer algorithm and subjectivity, process and intuition, geometric grids and his- torical material, electronic dance music and orchestral brilliance, asceticism and the dissolution of boundaries.