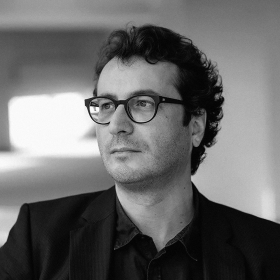 Teatro alla Scala, Carnegie Hall and Frankfurt’s Alte Oper – German conductor Jochen Rieder is a regular guest in many of the world’s leading opera houses and concert halls, collaborating with some of today’s most admired soloists and leading orchestras. An enthusiastic and inspiring conductor widely recognised especially for his work in the German and Italian repertoire, maestro Rieder has led critically acclaimed CD productions and performances across the world. Regular collaborations include some of the greatest singers of our time, such as Peter Seiffert, Waltraud Meier, Leo Nucci, Agnes Baltsa, Renée Fleming, Nina Stemme, Thomas Hampson, and Matthias Goerne. Over many years, Jochen Rieder has built a close musical friendship with tenor Jonas Kaufmann, with whom he has performed virtually all around the world. Βorn in the German region of Rhineland-Palatinate, he has followed a classic Kapellmeister career path that has taken him from conducting positions in Karlsruhe via Bremen to the Zurich Opera House.