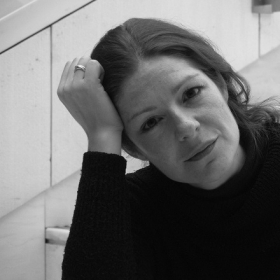 She studied classical singing with Varvara Gavakou (diploma, 2003) and graduated from the School of Drama (Faculty of Fine Arts) of the Aristotle University of Thessaloniki. As a singer she has participated in productions of Thessaloniki Chamber Opera. From 1993 to 2008 she has been member of the “Macedonia” chorus conducted by Antonis Kontogeorgiou. As a director’s assistant she has cooperated with Thessaloniki Concert Hall (2001-06) and the Greek National Opera (2007-12). For the Greek National Opera she has directed the musical monologue La Voyante by Henri Sauguet, as well as the operas L’amante di tutte by Baldassare Galuppi and Carmen by Georges Bizet (“The Suitcase Opera”). In June 2016 she directed Handel’s opera Scipione for the Handel Festival in Bad Lauchstädt, Germany and in 2020 two operas by Haris Vrondos at the GNO Alternative Stage. As a dramaturge she has cooperated with the director Arnaud Bernard (Nabucco, Arena di Verona, 2017) and La fanciulla del West (Mariinsky Theatre, 2019), as well as with Alexandros Efklidis (Le nozze di Figaro, GNO, 2019).